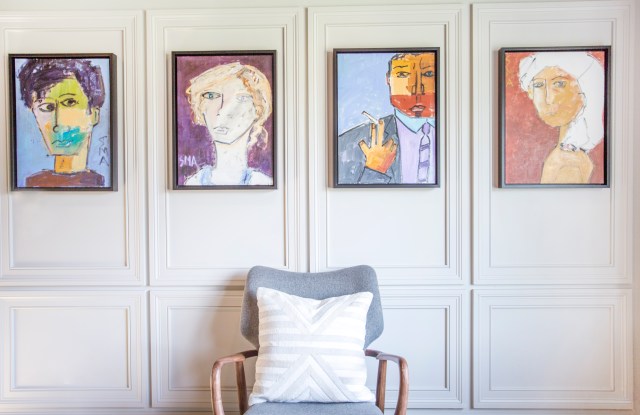 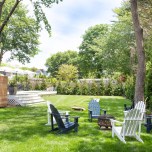 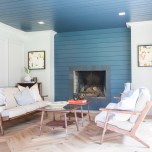 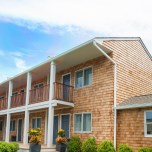 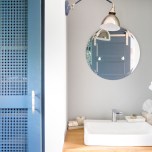 It’s no secret that Montauk has become the preferred Hamptons hangout for well-heeled city dwellers looking to party. With a crop of new hotels and exclusive clubs opening each summer, the formerly quaint fishing village has slowly transformed into a rowdy spectacle — much to the town’s dismay. However, that’s not to say that the entire East End is a round-the-clock party.

Just a 20-minute drive away in East Hampton, a sleepier side of the beach enclave has positioned itself as a refined alternative, and a new hotel is hoping to take advantage of the silence. “We’re pretty much the exact opposite of the stereotypical Montauk watering hole,” says Atit Jariwala, ceo of Bridgeton Holdings, a real estate development firm that added the newly opened Journey East Hampton to its portfolio. “The hotel definitely does not have a twentysomethings beach vibe.”

A little over a year ago, Jariwala and his team began reconstructing the interiors of the former Dutch Motel to reflect the elevated environment in East Hampton. Taking inspiration from the cache of hotels he visited during decades of global travel, including Los Angeles’ Chateau Marmont and Hotel Caruso in Italy’s Amalfi Coast, Jariwala crafted a midcentury modern hideaway that could easily pass as a young art collector’s home.

Upon exiting the bustle of Montauk Highway, a shift in energy is palpable, as guests are guided to a secret garden oasis through lines of crepe myrtle trees and bushels of hydrangeas. In the hotel lobby, the decor feels very Le Coucou-meets-Soho House, with abstract paintings and an eclectic assortment of furniture in earthy tones and natural materials. Meanwhile, the hotel’s 22-rooms and private cottages offer a relaxed elegance: Frette linens drape across wooden beds and pull-out couches, upholstered in navy linen, are illuminated by traditional sconces. “I wanted there to be different nooks and crannies to discover throughout the hotel,” says Jariwala. “We don’t want it to be the same everywhere you go.”

Though Journey isn’t a cookie-cutter copy of traditional East Hampton establishments, Jariwala was careful not to deviate too far from the neighborhood’s taste. Though the hotel’s exterior is faced in Hamptons-style cedar shingles, inside, a navy paint color riffs on the town’s customary blue-and-white palette. Additionally, shiplap, an old-school material used in the construction of East Hampton cottages, is modernized with a horizontal layout on the ceiling of the lobby.

Aesthetics aside, Journey aims to leverage East Hampton’s appetite for luxury and activity. From welcome to check-out, a digital checklist of guest preferences and goals will direct the concierge in fulfilling requests. “Our whole mission is to be very experiential, defined by what the guest wants,” says Jariwala. “It’s very bespoke. If a family wants a day at the beach, we’ll pack bikes for them to ride out there, and then pick them up when they’re tired.”

While the Hamptons crowd is hard to please, Journey may just manage to satisfy their seasonal demands with an overflow of on-site amenities. On weekend mornings, yoga is taught outside on the hotel’s manicured grounds, while playing cards, bocce ball sets and pool toys are scattered throughout the property for instant entertainment. However, if guests miss Montauk’s nightlife scene, the Sloppy Tuna is only an Uber ride away.

Players to Watch: The World Cup’s 11 Most Eligible Bachelors