The restaurant’s debut has been hotly anticipated for a few reasons, mainly pertaining to the owners. 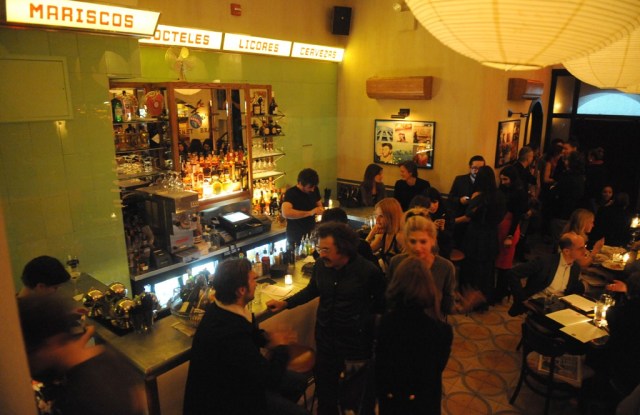 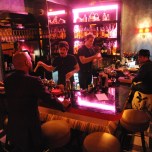 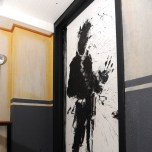 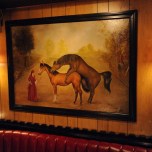 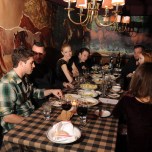 PREVIEW NIGHT: “Is this the place?” a woman asked her companion on Friday evening, as they stood outside a pair of glass doors covered in brown paper. “Has it opened yet?”

She was referring to new restaurant Super Linda and the answer was — almost. A strong push of the door revealed Chris Session, maître d’ to the beau monde, presiding over a preopening dinner for friends including Harvey Keitel, John Varvatos, Griffin Dunne, Tom Sachs and Magnus Berger, co-founder of The Last Magazine. The restaurant, which sort of resembles an old Mexico City joint, opens its door to the rest of us on Wednesday.

Super Linda’s debut has been hotly anticipated for a few reasons, all mainly pertaining to the owners, who are bold-faced names in the relatively small world of New York nightlife and trendy restaurants. There’s Matt Abramcyk, who was seated on a bar stool on the basement level of the restaurant, with his back to the crowd. He looked relaxed, maybe because he’s done all this before, at The Beatrice Inn, Employees Only and Tiny’s, to name a few.

His partner, Serge Becker, is synonymous with La Esquina, The Box and, most recently, Miss Lily’s.

Richard Ampudia, former owner of Café Habana, who now owns Bar Bruno, made the rounds and John Martinez, executive chef of Tiny’s and Jean Georges Culinary Concepts, was in the kitchen. “I think we’re getting there, the kitchen is frantic tonight,” said Becker, who said he wants Super Linda to be a neighborhood restaurant, like The Odeon and Tiny’s just a few blocks away.

The street-level room has a mix of small tables, some of which are celebrity friendly (that is, hidden). The lower level features two big tables for group dining and a separate bar and lounge room. The walls are filled with pictures of running horses and nameplates from vintage pleasure boats.

Becker said later this week, Olivier Zahm and his friends will host its biannual Purple Magazine dinner there. But don’t be fooled by the trendy fashion party. This isn’t the kind of crowd he expects to dominate the space every night. “We want to welcome everyone.”