‘The House in France,’ a Memoir

In her new book, Gully Wells, a longtime editor and writer at Condé Nast Traveler, looks back at her mother's life. 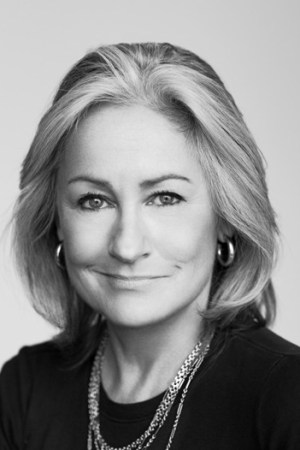 Gully Wells, a longtime editor and writer at Condé Nast Traveler, has always known she was lucky. “I had an extraordinary childhood,” she says simply. Each of her parents — writer/pundit Dee Wells and Foreign Service officer/architect Al Wells — was an interesting and accomplished person who loved her and was strongly focused on her. And although their 1949 marriage lasted less than four years, within a few years of their divorce each parent acquired a charming new spouse. In 1960, her mother married the celebrated Oxford don A.J. Ayer, known as Freddie, whom many consider the most important English philosopher since Bertrand Russell, while her father later chose Melissa Foelsch, a career Foreign Service officer who later became an ambassador.

One of the enterprises Dee Wells embarked upon during her second marriage was to buy and renovate a country house in Provence, called La Migoua after the hamlet in which it was located. Every summer for decades, the family spent time there, often accompanied by friends. But after her mother died in 2003, Gully Wells couldn’t bring herself to go to La Migoua for six years because she identified it so closely with her. Then she did, and now she has written a memoir called “The House in France” (Alfred A. Knopf).

“What is it about a certain house that allows it to take on, as if by some strange process of architectural osmosis, the precise character of its owner?” she asks. “How can a complicated, intelligent human being and an inanimate structure, stuffed full of random rubbish, resemble each other so closely that they might as well be twins?”

Dee Wells was an impressive woman in many respects. Her daughter describes her as “a force of nature,” saying, “I couldn’t have written about her in her lifetime.”

“The House in France” is mostly the story of the remarkable life her mother and Ayer created for themselves, in London and in Provence. Everybody passed through their homes — Robert Kennedy, S.J. Perelman, David Bruce (who gave Dee away at her first wedding), Roy Jenkins, Isaiah Berlin, Norman Mailer, Larry Adler, Julian Bond, Anthony Lewis and Chief Spotted Eagle. E.e. cummings once wrote Ayer a birthday poem, and Ayer gave an 80th birthday party for Bertrand Russell, whom he helped to reunite with a relative, the Duke of Bedford — the two hadn’t encountered each other for many years because of a family quarrel.

Dee was born in Provincetown, R.I., in 1925 and grew up there. She enlisted in the Canadian Women’s Army Corps (her mother was Canadian) and then went to work for the American Embassy in Paris, where she met Al Wells. They married, and relocated for several years to Rangoon, where Al became first secretary at the American Embassy. Both later admitted to knowing at the time that the marriage had been a mistake. After their divorce, Dee moved to London, where she borrowed the city house of their Rangoon neighbors, who were British Embassy staffers, and managed to persuade The New York Times that she was the person to write about social and fashionable goings-on in London for the paper. She went on to write for The Guardian, The Sun and The Sunday Express, and appeared on a number of television programs featuring talking heads.

Later, when she was living with Ayer, Dee and her first husband had become sufficiently friendly that she asked Al to write to Ayer saying he wasn’t comfortable having his daughter Gully stay with the two of them if they continued to live in sin. Al, who actually couldn’t have cared less, was happy to write the letter — and Ayer, who had been reluctant to marry Dee, was thus hornswoggled into doing so.

Once Ayer pulled a prank on their dachshund, Monster. The philosopher was appearing on the TV program “The Brains Trust,” and he contrived to pronounce Monster’s name loudly during the broadcast while the dog was in the room, to see what would happen. Freddie Ayer, famously an atheist, said, “I see no empirical reason to believe in the existence of God, any more than I do in the Loch Ness MONSTER.” At that point, his dog began barking like mad and lunged at the TV set, amusing the audience at home to no end.

Dee never liked Gully’s husband, director Peter Foges, even though he was unfailingly polite to her. The problem, Gully writes, is that he wasn’t a half-black Rothschild who had set up a series of clinics to save all of Africa’s stray dogs. In other words, no one other than an extraordinary savant would do, and he wasn’t that.

“She was horrid to him,” Gully says. “She could be very, very mean to people she didn’t like, and didn’t attempt to hide it or be polite. Polite was not her thing. I think she was one of those people whom many people adored, and many people couldn’t stand. When she was good, she was very, very good, and when she was bad, she was vile.

“She just charged along. The fact is that in my whole life I only once heard her say sorry for something she had done. She was always right, and if you’re always right, there’s no point in reflecting on your character or behavior.”

But she could be funny at her own expense. When Dee was diagnosed with a circulatory ailment, probably caused by her lifelong smoking habit, that made it necessary to amputate her leg, she told a friend, “I’m being fitted for a parrot.”

Wells was christened Alexandra and nicknamed Gully after a childhood encounter with a “Gully-Gully man,” a conjurer who pulled yellow birds out from under Dee’s skirt. Gully read modern history at Oxford, and, in 1969, moved with husband-to-be Foges to New York, where he had been made the head of the BBC’s office. The pair have two children, Rebecca and Alexander.

Gully was introduced to Martin Amis and Anna Wintour, both of whom had parents who were friends with her stepfather and mother. All are still friends; at Oxford, Martin became Gully’s first serious boyfriend, and, according to him, they were involved for a total of about 10 years. At one point, he dumped her to study harder in order to get a top first-class degree. He dedicated his first novel, “The Rachel Papers,” to her.

As his stepdaughter writes, Ayer loved to flirt, talk and dance, and he taught Gully’s daughter Rebecca to do the Charleston when she was four and he was 77. At about that time, while visiting Gully in New York, he went to a party given by Fernando Sanchez and was told by a friend, “The most terrible thing is going on upstairs. This poor girl is pinned up against the wall and the man won’t let her go.”

So Ayer approached the man and tapped him on the shoulder, trying to interrupt him.

“I happen to be rather a famous philosopher,” he said. “My name is Professor Sir Alfred Ayer. And who are you, if I may ask?”

“I’m Mike Tyson — the heavyweight champion of the world.”

“Well, in that case, my dear boy, we are both supreme in our field.” That settled it, and 16-year-old Naomi Campbell was rescued from her would-be beau.

Dee, however, eventually made an impulsive decision. Although Ayer was an adoring stepfather to Gully, and delightful company, he had never had any intention of being faithful to his wife. After 15 or so years, she became fed up with this, and also the fact that he was absolutely helpless without her, and she turned to Hylan Booker, an attractive designer who was 13 years younger than she.

Dee decided to divorce Ayer and moved with Booker to New York in 1980. Seven years later, when the relationship ended, she returned to England and remarried the philosopher, who died in 1989.

Dee Wells was very attractive to men, but, in observing her mother’s behavior with the opposite sex, with whom she was extremely challenging and competitive, Gully decided to do things a bit differently. She felt that if one were just nice to the fellows, they might help her, and she’d be able to have good relationships with them. This tactic worked, whereas her mother’s method hadn’t for her in the end.

And in his youth, Ayer was very appealing to women. In fact, if he were asked about Albert Camus, Freddie liked to say, “I don’t know his work well, but he and I were friends: we were making love to twin sisters in Paris after the war.”