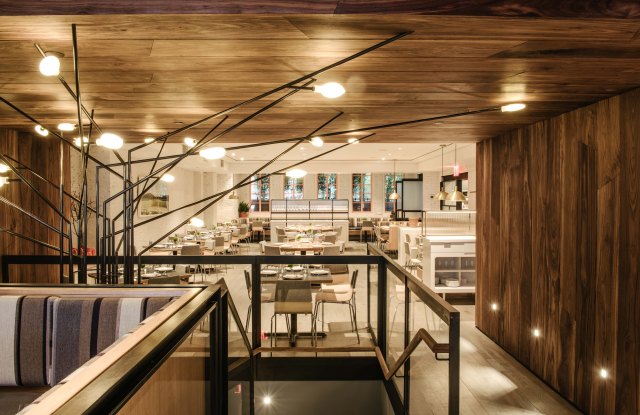 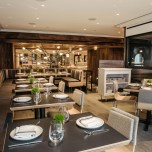 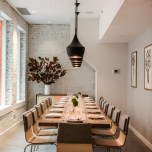 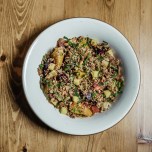 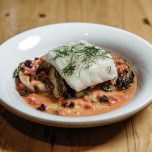 Dan Kluger entered the restaurant business from the outside in; instead of learning the kitchen trade behind the counter, the graduate of Syracuse’s hospitality program cut his teeth working the front of house at Danny Meyer’s famed Union Square Cafe, before making his way to cooking. The informal training in cooking found him working his way up at places like the now-closed Tabla and ABC Kitchen, and after a career with some of the city’s most esteemed names like Meyer, Tom Colicchio and, most recently, Jean-Georges Vongerichten, Kluger sets out on his own. Loring Place, his solo debut, opens this weekend on West 8th Street in Greenwich Village.

The project, named for the Bronx street where his father lived, comes two-and-a-half years after Kluger departed ABC Kitchen, where he was executive chef of both Kitchen and Cocina. The location came after he abandoned his original idea of opening in Brooklyn, took a map of Manhattan and “blacked out all the areas I didn’t want to be in — either because I didn’t think they were strong enough in terms of the business volume, or just wasn’t my scene, or, truthfully, anything a little closer to ABC than I wanted to be,” he says. “I wanted to be really respectful of them.”

The resulting space is vast, filled with tables made from the original beams of the 1848 building, and equipped with two privates rooms: one which seats 16, while downstairs a larger room can be cleared out to sit nearly 70, or can be used for more open mingling, with a One Kings Lane-designed lounge area. “The idea is that if you did a 60 person party, we probably don’t have the room for [the lounge space] — but if you did a 40 person party, that’s a big room for 40 people, so you can spread it out and have this little seating area,” Kluger says.

The fans of ABC Kitchen who come looking for his signature inventive vegetable dishes will find a menu full of selection — and even naysayers might come around to plant-eating after a visit. “I was talking to somebody who was raving about one of the dishes, which is a broccoli dish, who was saying ‘I don’t even like vegetables and I love this,’” Kluger says. “I think it comes down to taking something like broccoli fresh, grilling it on the wood-burning grill which automatically gives a flavor, and then doing it with our vinaigrette and layering in textures and flavors — that’s what a lot of this is about.”

Loring Place, which Kluger is careful to acknowledge is far from a hybrid, does, expectedly, bring together his vast restaurant experience. “I think the food represents the twenty-something years of cooking in the city, from working at Union Square, Tabla, a lot of time with Jean-Georges — letting all those experiences mold the menu,” Kluger says. “There are things that come from my career at these different restaurants, which all have very different foods. Union Square being American and being at the forefront, at that time, of using Asian ingredients and Mediterranean flavors; and then obviously at ABC we did a ton of vegetables. All those things have helped to create their place on the menu.”

The selection is seasonal, market-driven American cuisine, that Kluger aims to be approachable and “easy to understand.” Opening dishes include a broccoli salad with orange and pistachios; crispy cauliflower with Indian spices, and black bass with a vegetable vinaigrette. Wood-fired pizzas include brussels sprouts and date variations, and pastas are handmade. All grains are milled in-house, and dishes are cooked on the wood-burning grill and wood-burning oven.

“I’ve certainly tried to make it not ABC, or Tabla, or any of the other places I’ve been,” Kluger says. “I want it to be its own place.”

The timing of his long-awaited opening is fortuitous; Union Square Cafe recently reopened after a year closure, and the latest offshoot of ABC Kitchen is expected soon. “Union Square is where I got my start, and to see them reopening at the same time is kind of exciting,” Kluger says. “And at the same time, Jean-Georges’ new restaurant, which is sort of why I decided to leave when I did, is also about to open. And it’s really full circle.”