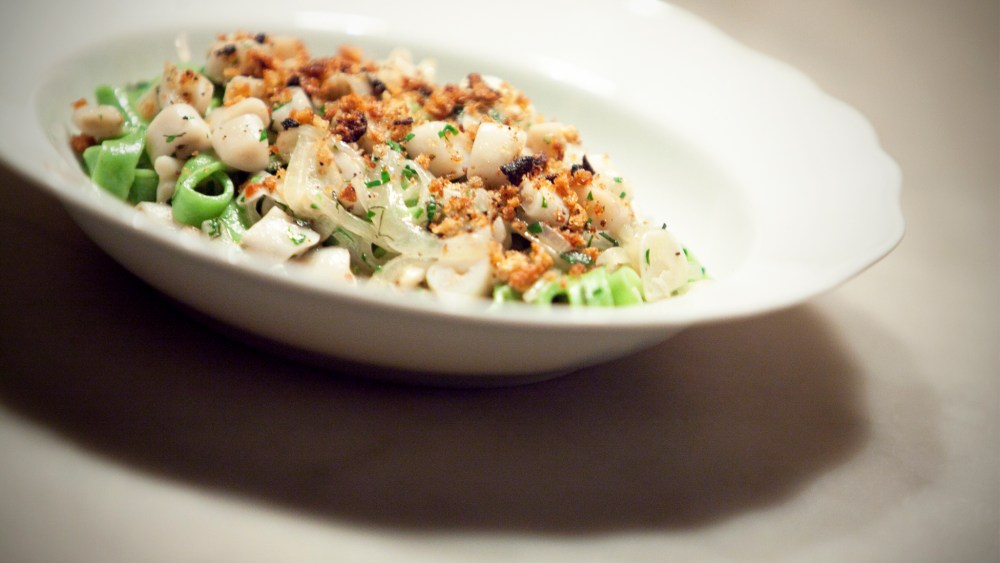 When Acme’s chef emeritus Mads Refslund departed at the end of last year, the popular NoHo restaurant closed its doors. But it wasn’t a signal of the downtown dining stalwart’s demise.

Acme has managed to sidestep NYC dining’s notoriously high turnover rate — what’s new and hot quickly cools — and instead establish itself as a sort of culinary chameleon. The downtown restaurant — which also includes Acme Downstairs, a sceney basement bar frequented by the fashion and art crowd — was originally a Cajun restaurant when partners Jon Neidich, Jean-Marc Houmard and Huy Chi Le bought the space in 2012. The trio enlisted Nordic chef Refslund to reimagine the menu, and his cooking garnered a slew of positive reviews for the restaurant. When Refslund announced his departure, the restaurant started scouting for a new chef to lead its next phase.

The owners found their match through friends who own Ruschmeyer’s in Montauk, where chef Brian Loiacono had worked three summers ago. “We got together in a meeting and were speaking the same language, and on the same page, and that was it,” Neidich said of Acme’s partnership with Loiacono.

“I’d call it a timing thing really,” Loiacono echoed. “It just worked. We met up, we just kind of started working out from there.” Formerly executive chef at Daniel Boulud’s db Bistro Moderne, Loiacono is molding Acme into a more contemporary bistro and moving the menu’s focus south of Scandinavia. The affable chef, a Brooklyn native, tapped into his Italian heritage when designing the menu, and also folded in French influences. Loiacono’s vision shows through house-made pastas and thoughtful dishes such as butternut squash steak with stracciatella and topped with sunflower granola, and beef tartare lightly seared and placed atop a pillow of aligot. The restaurant also tapped Employee Only’s Dev Johnson to design a new cocktail program and brought in a new wine director.

While the menu faced a complete overhaul, the vibe of the dining room was also shifted, albeit less drastically. Neidich, who serves on the board of public art nonprofit Creative Time, pulled art from his collection into the space to give it a more social — and personal — feel.  His mother, jewelry designer Brooke Garber Neidich, also sits on the board of trustees for the Whitney. “It all has to do with people and social interactions,” Neidich explained of the new work lining the dining room. “We’d always talked about rotating art but it just never happened. I think the energy of the art in the space now is much more focused than it ever was before.” Three Chromogenic prints by his uncle Warren Neidich banner the back wall, while other works by a notable roster of artists including Julian Schnabel, Chuck Close and Alex Katz pepper the rest of the dining room.

“I think people are excited to try new things,” said Houmard when asked about how the change of cuisine is being received by diners. “They love the old Acme, but they’re excited that we’re making changes. Brian has an amazing pedigree and reputation — there’s a great anticipation.”

And with New York Fashion Week crouching around the corner to bring influencers out and about town, it’s a well-timed reopening. The fashion crowd feeds on that elusive je ne sais quoi of anticipation.