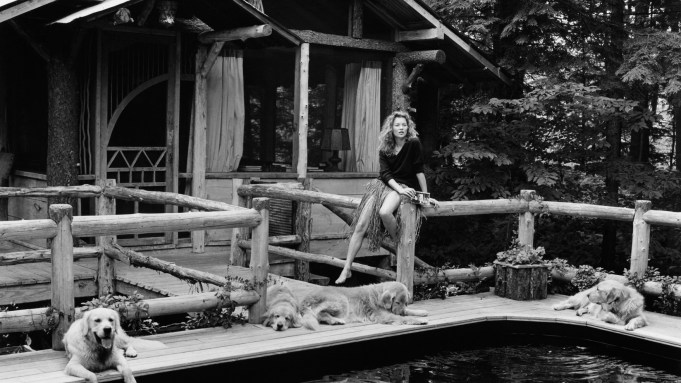 There is a lot to be said for getting lost in the forest.

As more always-connected city workers are stepping into the wilderness for a digital detox to recharge their creativity, the Adirondacks continue to be a nature balm. Spanning 100 communities and six million acres, the Adirondack Mountains is the largest protected area in the lower 48 states. While the increasingly manicured Hamptons, Nantucket and Martha’s Vineyard provide weekenders with a built-in nighttime scene, the sprawling Adirondacks present a low-key alternative where many prefer not to be seen — preferring quality family time, at-home dinners, creative pursuits and good old-fashioned hanging out.

In 1869, William Henry Harrison Murray’s “Adventures in the Wilderness” helped spur interest in the Adirondacks. Published after the Civil War when the country was “ravished by this national tragedy” and facing greater urbanization and industrialization, his work became a gateway of sorts, according to Adirondack Architectural Heritage executive director Steven Engelhart.

“What he promised people, or suggested, was if you brought yourself up into the Adirondack Mountains, went out on the water or lost yourself in the forest, you would be refreshed, renewed and inspired. The thing about what he promised was it was true. Those things will happen and that’s why people have continued to come here generation after generation,” he said. “Coming to wild, beautiful places like this is kind of an antidote to life and its stresses. It does provide inspiration for writers, artists and designers. That doesn’t change. The world around us continues to change, but that basic human need to be refreshed, renewed, inspired and to connect with nature, to get some perspective on your life — that is always going to be something very powerful that the Adirondacks has to offer.”

Tech giants like Apple, Amazon and Facebook seem to share in that ideology, having created ways for staffers to get more greenery and natural light while they work. Microsoft tapped the “Treehouse Masters” star Pete Nelson to design workspace treehouses at its Redmond, Wash., headquarters. And in New York City’s Madison Square Park, L.L. Bean recently partnered with the coworking company Industrious, which has more than 35 locations in 28 cities, to create what was billed as the first-ever temporary outdoor coworking space. The appeal is there with Millennials in search of the experiential as opposed to the materialistic as evidenced by the growth of such start-ups as Getaway House and the crowdfunded Hitch Hotel, which offers collapsible trailers designed for mountain-bike storage and camper-like slumber.

Camps — basically estates in the woods — in the Adirondacks are significantly more expansive, and were forged by adventurous aristocrats like Alfred Vanderbilt at Camp Sagamore, J.P. Morgan at Camp Uncas, Collis P. Huntington at Pine Knot, Marjorie Merriweather Post at Topridge and Avery Rockefeller at Camp Wonundra. More recently, Alibaba’s Jack Ma purchased 28,100 acres in the Brandon Park area. The $23 million investment in state-protected forestland was made as part of his commitment to environmentalism. In a televised interview, Ma said he bought the northern New York land to learn how Americans preserved it and what China’s people can learn from that.

This weekend thousands will descend on the region for the 20th annual Ironman Lake Placid, the oldest Ironman event in the continental U.S. (They will find more wineries and microbreweries than in the early years and 50-plus Adirondack Harvest North Country Farmers Markets.) And the Adirondack 46ers, an organization of hikers named for the 46 regional mountains with elevation of 4,000 feet or above that sprang from three hikers climbing Whiteface Mountain in Wilmington, N.Y., are celebrating a centennial.

While Mark Twain, Ralph Waldo Emerson, Georgia O’Keeffe, Remington, Thomas Cole, Winslow Homer and Rockwell Kent are among the creatives who first visited the area, more recent sightings have included Russell Banks, Pulitzer finalist Andrea Barrett, Holly Hunter, Sigourney Weaver, Brooke Shields and sculptor Joel Shapiro. Guideboat’s founder Stephen Gordon has been visiting the area for decades. His mail-order and e-commerce business sells Adirondack guide boats that were first designed in the 1850s. Lensman Bruce Weber first heard about the Adirondacks through reading about O’Keeffe and Arthur Stieglitz’s time there. Years later, while photographing O’Keeffe in Abiquiu, N.M., the artist told Weber how much she loved painting at Lake George. On another assignment, Weber shot Andrew and Jamie Wyeth in their Mohegan Island house that once belonged to Kent.

“I was introduced to the Adirondacks by getting to know other photographers and painters. That’s how I came to be there,” said Weber, mentioning the heroic stance of Homer’s “The Woodcutter” as a favorite Adirondack-inspired painting.

Weber and his wife, Nan Bush, have summered there for decades. After first exploring the area after a Vanity Fair shoot in the Seventies, Bush jumped at the chance when a camp on Upper St. Regis Lake was put on the market. So keen to secure it, she had a friend with a single-engine plane fly her upstate — in a snowstorm. As a sign of the secluded site at that time, when Adirondack-ers hosted parties, they would tie a red ribbon around a tree as a marker for their camp, Bush said. Their camp is still only accessible by boat, the tiny post office only has a post mistress in the summer, cell phone service can be spotty, three classes of sailing races are held on Saturdays and many camps continue to be passed from one generation to the next.

“When we first went up there, nobody ever went up there to do fashion magazine stories or just editorials. A lot of writers went there to write, because it’s so quiet. You have to be used to that peacefulness and not be frightened by it. All of a sudden people started going up there, and photographing…” Bruce Weber said. “That was quite nice for the Adirondacks, because a lot of people have to work very, very hard. Because the weather is so bad, there are so many months where they can’t.”

An image of Azzedine Alaïa and Tina Turner in the Adirondacks is among the photos in Weber’s new book “Azzedine, Bruce, Joe,” which celebrates the friendship between the designer, Weber and stylist Joe McKenna. Planning to attend the Venice International Film Festival for their documentary about the actor Robert Mitchum, “Nice Girls Don’t Stay for Breakfast” (a reference to a Julie London song), the Webers will miss this year’s stay in the Adirondacks. After all these years shooting upstate still takes some getting used to.

“It takes you about a week to even understand the light, because it can be very bright or rainy and gray. But once you step under a tree, it drops about five stops down and gets so black. It’s this great mixture of black and green. I’m sometimes photographing moving things like my dogs. In one moment, they’re in bright sunlight and in the next they’re in total darkness,” Weber said.

And before the gig economy was a thing, many locals had developed side talents like designing fireplace screens, flower boxes and furniture. “The camps are sort of what makes people want to go there, stay there and do something [creative],” Weber said. “I think some of the greatest artists in the Adirondacks aren’t even discovered yet. Because it’s probably some kid somewhere who doesn’t like to sail and is staying at home and drawing boats.

“It’s really different than Montauk. It doesn’t have the hustle and bustle that is really out in the far end of eastern Long Island. It’s really a magical place,” Weber said. “They have a saying up there in late August, the beginning of September, that the season’s almost over because the clouds get pink. If you look at a lot of paintings, there is a little pink in the clouds sometimes. You know that’s the end of summer and the snow’s about to come and the cold.”

Idems and other wooden sailboats, as well as canoes, are still preferred modes of transportation for many summer residents. On occasion, they will dress in evening clothes to paddle over to friends’ camps for dinner (as Countess Alicia Spaulding-Paolozzi, the United Fruit Company heiress, was known to do from Birch Island even later in life.) Years ago, one well-turned-out woman lost a diamond bracelet in the process. “It was right of our camp, but nobody has ever found it,” Bush said.

“So it has a bit a craziness and eccentricity to it, like all good places to make things do,” Weber added.