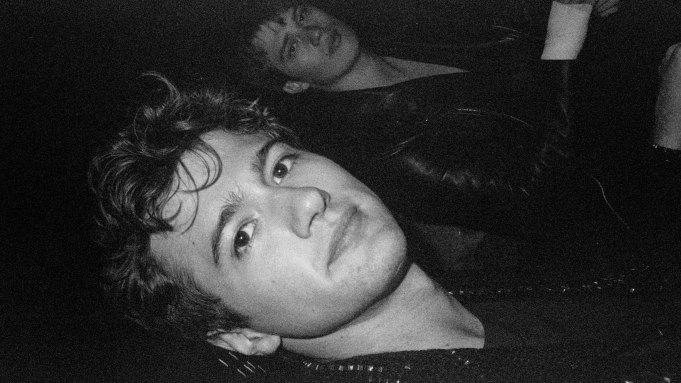 For Alex Fitzalan, the Australian actor who stars in the new Netflix series “The Society,” his first show was Saint Laurent last Thursday in Malibu for the brand’s 2020 men’s collection.

“As a first experience I think it kind of sets the bar really high,” the actor says over the phone after the show.

Fitzalan (like many) spent “ages” in the car venturing out to the beach location, but passed the time snapping photos on his film camera, a hobby he picked up in 2017 when he was relatively new to acting in America. He was drawn to the pace of developing film as a kind of rebuttal to the instantaneous nature of Instagram and the like.

“That’s kind of why I bought my film camera, I just bought it for memories,” he says. “And then I completely fell in love with it. “

When it comes to style, Fitzalan says he’s still discovering what he likes to wear.

“It is very much vintage-inspired,” he says. “I remember watching ‘American Gangster’ ages ago and that was kind of like an early inspiration for me, when I saw all the wonderful suits with these big lapels.” He was selling suits at the time, at Jack London in Australia, and the trend was a skinny tie with a narrow lapel — “and it felt kind of blasphemous to really adore these big lapels,” he says. “Now I’m really, really into baggy stuff and massive lapels and big ties. But I guess that’s just how fashion works as well. You just wake up one day and you realize you hated tiny lapels.”

The actor, who is taking some time before booking his next role (and jetting off to Milan for the Dsquared2 show in the meantime), plays Harry on “The Society,” which portrays a “Lord of the Flies”-type scenario in which a group of high schoolers return from an attempted school trip to find their hometown deserted, with no connection to the outside world and no way of escaping past the town’s edges. Harry is wealthy, preppy and popular, so has clearly enjoyed a certain hierarchy in high school and he struggles immensely in the new world order.

He is also billed as “the hot one,” a description Fitzalan seems more than ready to reject.

“Only a couple times have I been approached in the real world and have someone come up to me who has watched the show. So it’s kind of really lovely in that regard. I could just, if I wanted to, send it off and forget about it and mainly go back to living how I always was,” he says. “I’ve had a few friends who have been through the Netflix effect and it was interesting to watch them go through that and just change all at once.”