The gallery and exhibit open on Oct. 28. 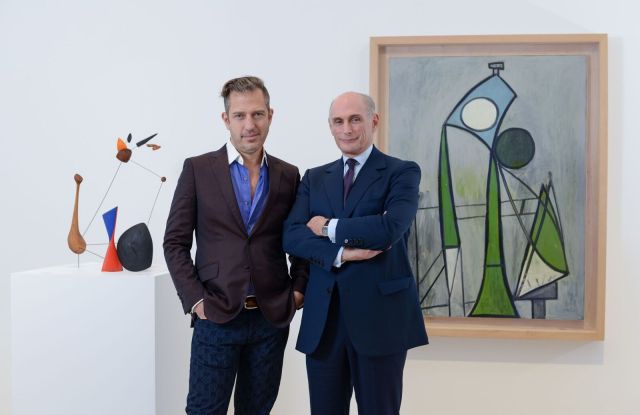 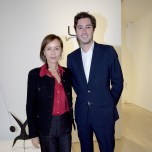 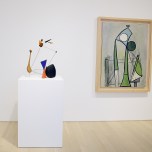 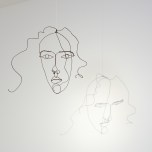 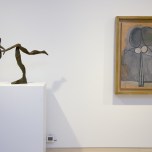 Gallerist Almine Rech has expanded to New York, officially opening Friday with “Calder and Picasso,” the inaugural exhibit of her new Upper East Side outpost. Curated by the grandsons of Alexander Calder and Pablo Picasso, Alexander S. C. Rower and Bernard Ruiz-Picasso, the show is the result of two years of dialogue between the two men. Culling mostly from their private family-owned collections, the duo explored threads of commonality between the artists’ body of work.

“Both artists had similar opinions at different times of the history,” Rech said from Almine Rech Gallery, a few days before opening. “I think it’s totally different than some beautiful shows where you have great pieces one next to the other. This is going somewhere else, you have masterpieces, but it’s not for the same reasons,” she continued. “It’s also a way for us to have a dialogue with our collectors that’s based on history, not only on what’s new and trendy.”

It’s also a highly personal exhibit: Rech is married to Ruiz-Picasso, and her son, Paul de Froment, is managing partner of the New York gallery. Rech was also the one who initially planted the seed of possibility for the Calder and Picasso show, a unique pairing that hasn’t previously been explored in this way. The jump-off for the show is the pairing of Picasso’s 1964 “Portrait of a Bearded Man” and Calder’s 1942 “Untitled” standing mobile, which share, on the most basic superficial level, a primary color palette.

“We went into a real deep dialogue,” Ruiz-Picasso noted of where that initial pairing led them. “We went through a slow process of discovering and studying.”

“Over two years, we’ve gone beyond the obvious choices,” Rower said, explaining that the show is focused on the commonalities between Calder and Picasso’s body of work, which are cemented in explorations of “the void.” “In Picasso’s case, I came to learn that he’s desperately concerned about his mortality, and pretty much everything he’s done in his entire life, whether it’s his personal or professional life, is dealing with issues of his mortality,” he continued. “And my grandfather in the opposite way wasn’t concerned with his mortality at all and was reflecting upon the vastness, the greatness of all things, the universal energy that’s going on around us all the time. A totally external view as opposed to an internal dialogue, but both dealing with the greatness of the world in tremendously different ways.”

The show features many works that haven’t been publicly exhibited, such as a small motorized 1934 Calder piece, “Red Panel,” which was mechanically restored for the show. (Calder, in his years of knowing it, had never seen the piece “in action.”) The show also includes Picasso’s 1963 painting “The Old Jester,” which he painted for and gifted to Ruiz-Picasso as a child. Originally hung on the wall of his childhood bedroom, the piece terrified the young Ruiz-Picasso and it was swiftly removed from the room’s wall. (It’s now back on the wall, hung next to Picasso’s 1938 “Man and Profile of a Naked Woman” inside Rech’s gallery.)

“This show is a very personal show — it’s things that Bernard and I have lived with, that we grew up with,” Rower added. “We’re both in our 50s, so it’s 50 years of observations of our grandfathers’ work.”