“We can’t help ourselves when it comes to boats,” says Alex Pincus from a bar stool aboard Pilot the day after their opening. He and his brother Miles have expanded their oysters-and-cocktail-on-a-sailboat concept to Brooklyn, riding the waves of the popularity of their first venture, Grand Banks.

The brothers knew they wanted to bring the concept to BK shortly after opening Grand Banks along the Hudson in 2014, but it was a matter of negotiations with Brooklyn Bridge Park — that and finding the right boat, of course.

“We’re always kind of hunting around for boats, and my brother saw something somewhere about this in a marina in Gloucester,” Pincus says of Pilot, which was built in 1924 as a racing schooner intended to beat Bluenose as the fastest racing boat in the world. “It was covered in tarps and falling apart, but I just kept thinking about it. After a while I started to realize it was this beautiful gem hidden under decay.”

Miles and Alex each developed a love of boats growing up in New Orleans, where they lived on a lake.

“We’ve been messing around with boats our whole lives — my brother, in high school, would buy cheap boats and mess around with them and sell them,” Pincus says. “We learned to sail at around 10 or 11, and then I got into kayaking — I was a professional kayaker for a while.” They each came to New York for grad school, and Alex launched companies in architecture and sailing, but ended up selling both. “You don’t make any money in architecture — I mean, you don’t make any money in sailing either — but I sort of thought one would even out the other,” he said. 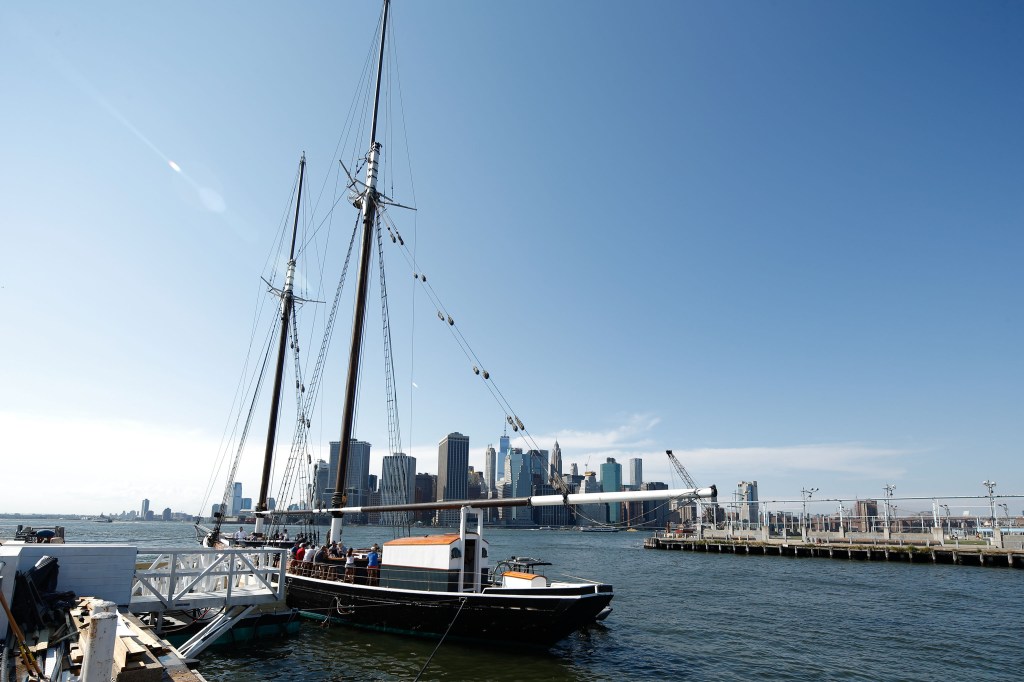 The differences between Pilot and Grand Banks, an April-to-October favorite amongst the downtown crowd, are few and far between. “It’s an oyster bar and a cocktail bar on a boat,” Pincus says. That said, their Louisiana roots have come into play.

“In the midst of doing Grand Banks and this, we opened a restaurant in New Orleans [Seaworthy, at the Ace Hotel] which is a Southern-inspired cocktail and oyster bar, so we wanted to bring a bit of the New Orleans touch here,” he says. That translates to soft-shell crab po’ boys and cocktails like the “New Orleans Buck,” with aged rum, ginger, lime, orange and seltzer.

“My brother and I both live in Brooklyn — my brother lives right around here, and I’m in Clinton Hill — but we wanted to be a little more New American, Brooklyn-centric with the menu,” Pincus explains. “In the end, I think everyone is going to read it as “Grand Banks in Brooklyn,” which I can live with.”

More Feast for the Eye Coverage: