The restaurant is the third Gabby Karan De Felice has opened with husband Gianpaolo De Felice and chef Maurizio Marfoglia. 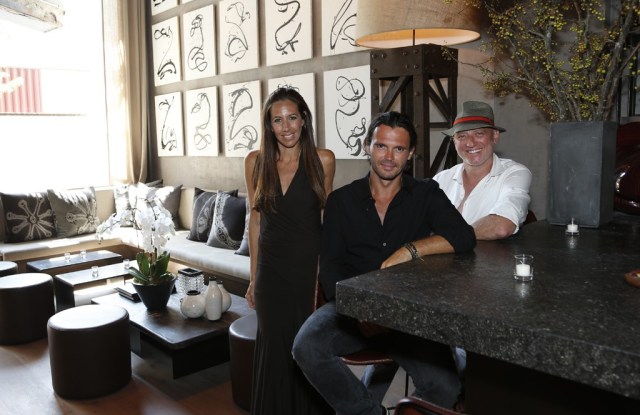 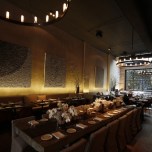 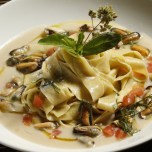 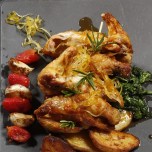 Gabby Karan De Felice was in New York’s TriBeCa neighborhood on a recent afternoon at the site of her newest Tutto Il Giorno, the third she’s opened with husband Gianpaolo De Felice and chef Maurizio Marfoglia. “It was sort of a treasure of love, this place. I did everything from scratch,” she says.

Karan De Felice, daughter of Donna and the restaurant group’s creative director, already has locations in Sag Harbor and Southampton, N.Y. A Manhattan location was the logical next step.

This story first appeared in the September 2, 2014 issue of WWD. Subscribe Today.

“It’s amazing how many people are our customers in the Hamptons and live in TriBeCa,” she marvels. “It’s almost synchronistic.” Dimly lit and almost loftlike, the newest member of the group has been open in “soft launch” mode since this summer, but is shifting to high gear just in time for New York Fashion Week —  it will host dinners after Karan’s show and to mark the release of a new book by the photographer Russell James.

When it came time to decorate, Karan De Felice said she sought to translate the beach vibe of the first two restaurants to the metropolitan space, while tweaking the minutiae of the design to reflect its urban location. Once again, she raided her mother’s storages for all the fixings — everything from pots to the tables to the chandelier hanging over the dining room

“I stepped it up decor-wise,” she says. “But I want the food and the culture and the people to have the same simplicity. It’s about creating a neighborhood feeling and a community that people want to come to with their friends….I wanted a real sort of New York City experience.”

The row of gray textured canvases lining one of the walls derives from her late father, the sculptor and painter Stephan Weiss.

“My father was such a significant force in my life, and I love gray, so it was perfect,” Karan De Felice exclaims. “It looks like it belongs, no?”

Although Karan De Felice coordinated the design of the space, she is quick to defer to the restaurant’s executive chef, Maurizio Marfoglia, as the driving force behind the operation. “I just support him, with the flowers and the candles,” she says at one point, followed by the trill of her raucous laugh. “The food is not overdesigned — it’s simple Southern Italian food. You think the best spaghetti, the best meatball — its simple. It’s like when you go off your fishing boat to Isca and go to Amalfi Coast.”

While Marfoglia lists an impressive culinary background, with stints at Le Madri and (the now closed) Barolo, he solicited some assistance from a seasoned cook: De Felice’s mother-in-law.

“She contributed a lot to a few recipes. At the beginning of the restaurant, she came and we cooked together. She stayed a month in the kitchen,” Marfoglia says.

The original Tutto Il Giorno opened in 2007 in Sag Harbor. Karan De Felice had just gotten married and Gianpaolo wanted to spend his summers in his native Italy. “I said, ‘Well what happens if we have a place where you can have all of your Italian friends come?’” Karan De Felice recounts. “Our friends Gally and David Mayer said, ‘Well our best friend Maurizio is the best chef and we’ve always wanted to do a restaurant with him. Let’s open up a restaurant in the Hamptons so that Gianpaolo doesn’t have to run to Italy for the summers.’” The Southampton location opened four years later.

Though the friends of her husband never made it to the Hamptons, the restaurants ended up bringing together the De Felices and Marfoglia.

“The Italians flock together and they’ve created a sort of club,” Karan De Felice says. “It’s definitely a family. Tutto has really become a club of people we’re close with, and we love and that come back.”