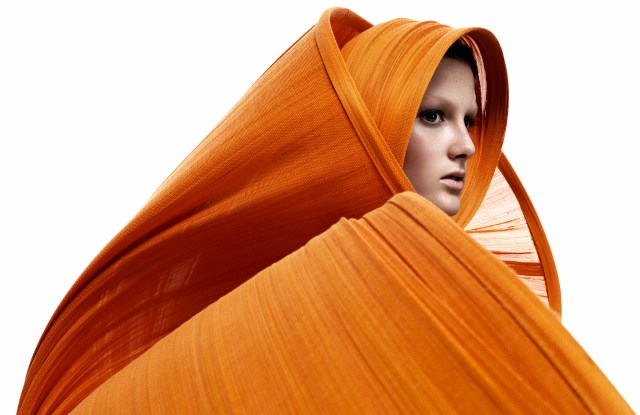 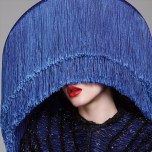 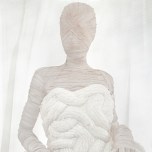 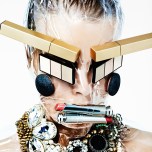 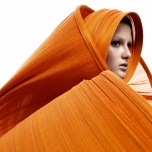 Post-wall Berlin in the nineties was an unfettered place, and the perfect breeding ground for Style and the Family Tunes, the independent and award-winning magazine that ended its 17-year, 130-issue print run in 2011. Founded by Cathy Boom in 1994, Style was an interdisciplinary media project activated by a family of music, pop culture, art, and fashion loving photographers, stylists, journalists and assorted kindred spirits: a creative free-for-all where low-budget but high-quality and unbridled artistic freedom went hand in hand.

While a very much produced-in-Berlin product, Style’s influence was often far-reaching. As Boom recalled of Frank Grimm’s 2002 spread “Onion People,” styled by Yilmaz Aktepe, “John Galliano had seen it and requested the magazine to be sent to Mexico where he was staying to be inspired for his next collection at Dior. We told the surprised head of [public relations] at Dior, yes sure, she could pick up the magazine in Berlin and send it over but we did not have the budget to send it over ourselves. She obviously wasn’t used to this kind of answer but she did do the pickup and sent it over to Mexico for John.”

Out last week, Hatje Cantze’s new, large format, 240-page-tome “Style and the Family Tunes — The Book” takes a more retroactive than retrospective approach to more than 150 of the magazine’s most memorable and often eyebrow-raising photos. “I love that (the images) are not chronological,” Boom told WWD. “It doesn’t matter what year they’re from. They’re strong, iconic images that are all about attitude — and the feeling of fashion.” Taken by then-unknown photographers such as Andreas Mühe, Daniel Josefsohn, Ralph Mecke, Joachim Baldauf or Giampaolo Sgura, Style’s unconventional style looks strikingly relevant today.

“Cathy (Boom) was the first person to give me air to breathe with hair,” recalled top stylist and Schwarzkopf spokesman Armin Morbach, whose photographs are now on view in Galerie 206 in Berlin’s luxury emporium, Departmentstore Quartier 206.

Like Boom, Morbach set out to push the style boundaries with his now 10-year-old and anything but conventional beauty magazine Tush. While Morbach said he never wanted to be an art photographer, he found himself behind the lens “when someone didn’t show up for a shoot. And then four years ago, (legendary German fashion photographer, collector and curator) F.C. Gundlach called and bought 26 photographs. In (my) first exhibition, I was suddenly in the company of Guy Bourdin and Helmut Newton. It’s hard to deal with. I’m a real big mouth when it comes to hair and beauty, but I’m a quiet, little guy in this (photography) business.”

That said, Morbach’s images, both in Tush and in the Galerie 206 show “Position before Pose” are hardly quiet. Most faces are obscured. “I never use big name models, or if I do, you never see them,” he commented. And indeed, one can only fantasize what beauty hides behind the alien lizard mask that accessorizes a Prada ensemble, peeks from below a huge fringed blue lampshade, or is studded with make-up packaging. “I always find the makeup cases so beautiful, but people just throw them away. So I decided to use them as the make-up themselves,” he remarked.

Curated by Crossover and Harald Theiss