The space on Avenue Matignon will open with a solo exhibition by U.S. artist Kenny Scharf.

PARIS — Opening a new art gallery in the midst of a global pandemic might seem like a bold move, but Almine Rech is confidently expanding her presence in Paris with a second location on Avenue Matignon.

Rech had her eye on the street, known for its high concentration of art galleries and auction houses, for a few years before securing a space at number 18, which opens on Thursday with a solo exhibition by U.S. artist Kenny Scharf.

“I’ve been thinking for a while that it would be good to be close to our collectors, many of whom work in the west of Paris,” says Rech, noting that the location is also near major art institutions like the Palais de Tokyo, the Paris Museum of Modern Art and the FIAC art fair.

“I wanted a nice place that was a bit like a white cube and that’s exactly what I found, so I didn’t hesitate when I saw it,” she adds.

At just over 1,000 square feet, the new gallery is a quarter of the size of her existing location in the Marais district of central Paris, with room for roughly 10 works of art between the ground floor and the lower ground floor. “A space of this size is very manageable,” Rech says. 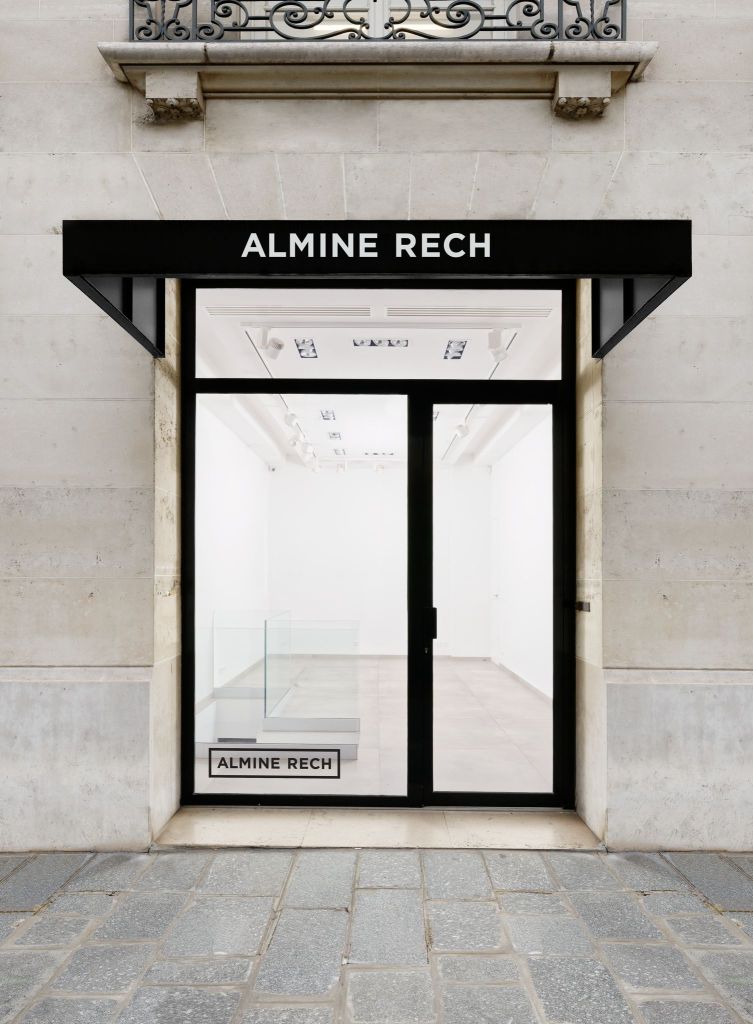 Crucially, it allows her to present not just solo exhibitions by contemporary artists, but also group shows featuring a mix of works from the 20th and 21st centuries. Despite being forced to close for several months last spring, Rech — who also has galleries in New York, Brussels, London and Shanghai — reports that business remains solid.

“The pandemic doesn’t seem to have dampened demand for art in the slightest,” she says. “We’ve weathered this period well, mainly because this catastrophe happened today and not 10 years ago. If it had happened a decade ago, it would have been terrible for galleries, because collectors weren’t used to buying online.”

Though buying works from a digital photo or video has become common practice, she has seen business mainly from existing clients, and they often pick works by artists they already know. Art produced by Millennials has been in strong demand, notes Rech.

“It’s very interesting to see that collectors are extremely curious about, and interested in supporting, contemporary art. I think that’s a very good sign of the vitality of art. I’m a little surprised, even, that people are not leaning towards safer options during such an unpredictable period,” she comments.

The portion of her business that has evaporated is the new clientele she traditionally picks up at art fairs. “The number of fairs had gotten slightly out of hand, so it was hard to manage, but I hope the big fairs will be able to resume soon,” Rech says.

For the inaugural exhibition at the new Paris gallery, Scharf — fresh off a collaboration with Dior — will present new works under the title “Vaxi Nation.” Rech notes that the artist, who emerged from the 1980s street art scene in New York alongside Keith Haring and Jean-Michel Basquiat, developed part of his visual vocabulary in response to the AIDS crisis.

“He never feels sorry for himself in his paintings. He talks about serious issues with a lot of optimism, and he always tries to find the humor in any situation,” she says.