“The most daunting part was that we only had a matter of days [to do it],” explained Lou Eyrich. 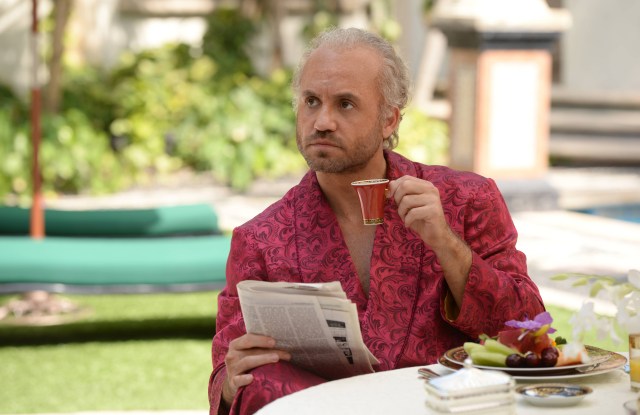 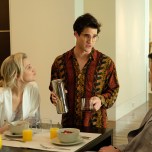 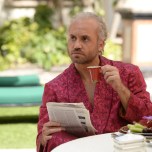 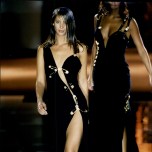 Accurately re-creating the lavish and vibrant wardrobe of Gianni Versace was one of the most crucial elements of Ryan Murphy’s forthcoming “The Assassination of Gianni Versace: American Crime Story,” which premieres Jan. 17 on FX.

For the nine-part series, which shows the time leading up to Versace’s tragic 1997 shooting by serial killer Andrew Cunanan, Murphy enlisted the talent of costume designer Lou Eyrich, who admits that duplicating the late Italian’s craftsmanship and design within a limited time frame posed a laundry list of challenges.

“It’s very hard to find authentic Versace pieces [from the early to mid-Nineties],” explains Eyrich on the phone from Los Angeles. “We tried to produce clothing of that couture quality, but the most daunting part was that we only had a matter of days [to do it].”

Filming for the series took place over several months last year in both Los Angeles and on-location at the late designer’s Miami home (where the fatal shooting took place), but according to an official statement released by the Versace family last week, the series is being characterized as “a work of fiction.” Murphy based the series on a 1999 book by Maureen Orth titled “Vulgar Favors,” which the family asserts is “full of gossip and speculation.”

Veracity of the storyline notwithstanding, Eyrich along with a team that included tailor Joanne Mills and designer Michael Costello, worked tirelessly to capture the colorful world of Gianni Versace, played by Édgar Ramírez, without actually having cooperation or guidance from the Milan-based company.

“I totally had the ‘I’m not worthy’ feeling,” explains Eyrich when hired by Murphy, the director with whom she also collaborated with for “American Horror Story,” “Feud” and “Glee.” “It’s especially daunting to me because I don’t really know that world of high fashion and couture, but because it’s a story that is a historical moment, I [thought] I could do my research and create this story.”

The on-screen narrative will show Versace’s opulent lifestyle in tandem with that of the serial killer, played by Darren Criss, who committed at least four additional murders over three months leading up to Versace’s July 1997 attack. “There are two different worlds going on,” she adds. “It’s very interesting working on costumes for these two parallels that are opposites, actually.”

The Minnesota-born Eyrich scoured online retailers and vintage shops for original pieces from the design house and for the Donatella Versace character, played by Penélope Cruz, created a reimagined facsimile of one of the brand’s iconic safety-pin dresses, which made its debut on the runway in the fall of 1993.

In order to achieve the look, the designer and her team “mutilated” the belt and had each safety-pin gold-plated — all within a matter of hours. Where the real-life Versace would take months in his atelier to create a couture gown, Eyrich and Mills would have only a matter of days. In fact, the process was so quick that the wardrobe team never actually made costume sketches. “If you look closely, then you shutter,” reveals Eyrich. “But for TV, it works — although in the world of HD and huge screens, it’s a little more daunting.”

The three-time Emmy Award winner says she would “stay awake at night trying to figure out how to create that Versace world” in a way that would be respectful to the brand’s integrity. “We just didn’t have the time frame to come up with all the details and that sometimes frustrates me.”

But it was paying respect to the brand’s eponymous founder that was of top importance to Eyrich and her colleagues on-set. “It was very eerie,” she explains. “Many of us were choked up being [at the murder location] with that feeling of needless loss. Everybody had moments of reflection.”