Angela Missoni Brings Her ‘Salotto’ to New York With Kreëmart

The immersive exhibit will be on view at the brand's Madison Avenue boutique. 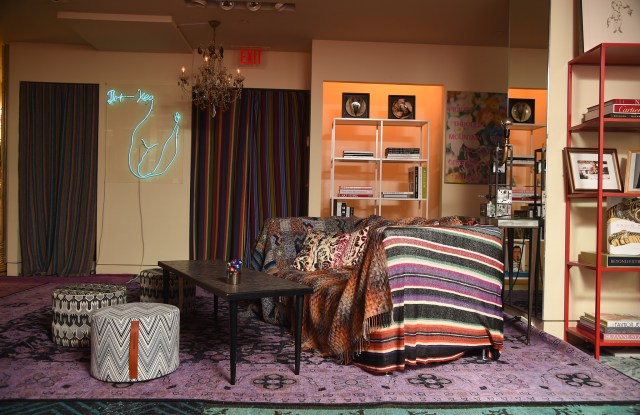 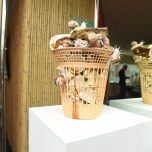 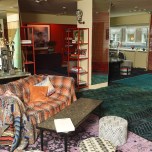 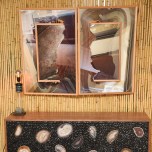 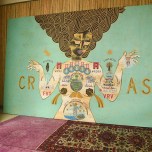 Angela Missoni is bringing her living room to New York.

Beginning today, Missoni Surface Conversion will present Kreëmart “Salotto Angela Missoni,” an immersive and intimate exhibit within the brand’s Madison Avenue boutique. The space will reflect the personal and artistic aesthetics of the label’s creative director, and work by artists such as Marina Abramović, Juergen Teller, Ryan McNamara and Mickalene Thomas will be on display.

“Salotto Angela Missoni” is the second collaboration in the Surface Conversion series, which aims to support contemporary artists. The boutique is in close proximity to a cluster of Upper East Side galleries — Gagosian, Almine Rech, Robert Blumenthal — not to mention prominent art museums. “I had this beautiful space in New York, and I was just thinking what to do,” Missoni said a few days before landing in the city; she will be present at the “Salotto” during the first three days of the exhibit. “I thought it could be good to use that space to give a voice and host various artists,” she continued. “I called the series of shows ‘Surface Conversion’ because it’s the surface of the shop, and I gave that space to artists to make other things of it.”

The first three days of the exhibit will also feature an ephemeral performance piece by artist Romina De Novellis, in which she will unravel an installation she created from 20,000 meters of red Missoni yarn, reminiscent of a nest or cage, depending on the viewer’s point of view. The performance, “La Veglia,” will be viewable by private invitation only during the day, but the result of the undone sculpture will be on public display at the shop afterward. “At the end, you will see a sculpture of knotted thread, which is a trace of her physical gesture,” Missoni explained.

The “Salotto” is a collaboration with Kreëmart, which was founded by Missoni’s longtime friend and art advisor Raphael Castoriano, who marries art and sugar in immersive environments. In the vein of the space being a living room, visitors to the exhibit will be greeted with food, drink and candies, which guests can take away as a souvenir. It’s all part of a larger goal of making the Missoni boutiques more personal.

“Every time I enter my shop, I would like them to resemble my house,” Missoni said. “I’m starting to do events where I can be there, I can host them; I can already bring a bit of my energy to those stores, and in this space, transform an area of the shop, interact with the shop. So I will interact with my clients and then also with people who love art and who would love to see special events,” she continued. “I also think if [visitors] appreciate my work, they will appreciate my home.”