The exhibit is being held at the Triennale Museum until Jan. 21. 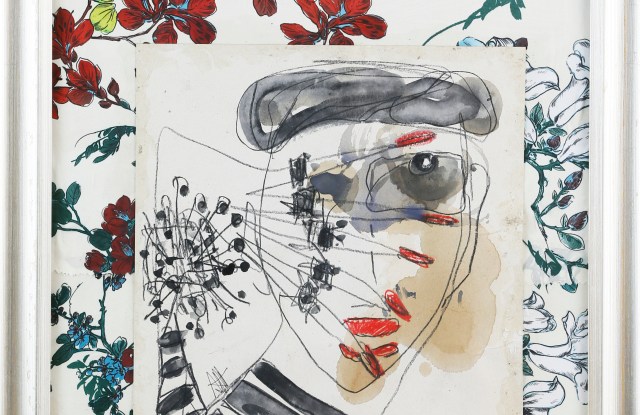 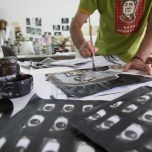 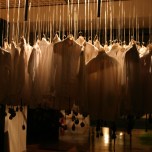 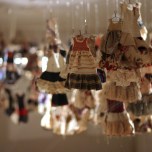 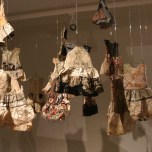 MILAN — Describing an art exhibition is not an easy task, and even more so in the case of Antonio Marras’ first solo show at Milan’s Triennale Museum. Walking the length of the space, which covers 12,960 square feet in a room that has an expansive curved wall, is like taking a peek into the designer’s soul as the exhibit is a clear reflection of his passions and personality.

“Antonio Marras: Nulla dies sine linea. Life, diaries and notes of a restless man,” curated by Francesca Alfano Miglietti, will be unveiled today, open to the public on Oct. 22 and run until Jan. 21 — dates marking the birthdays of Marras and his wife Patrizia.

“Nulla dies sine linea” is a Latin phrase by Pliny the Elder about Greek painter Apelles of Kos, who would “not let a day go by without tracing a line” with his brush — an obvious reference to Marras, who constantly draws and sketches, even during interviews and appointments.

During a preview of the exhibit, Marras still marveled at the Triennale’s decision to organize it. “I can’t believe they really want to do this,” he said with a self-deprecating laugh and a vigorous shake of his head. For the past year, Marras has been working on creating new works and putting order in his existing ones, realized over the past 20 years. In particular, he has been collecting between 500 and 600 old frames that, with the help of his small team, he has been disassembling and rearranging. “I wanted to show the back of the frames, which sometimes is more interesting than the front,” he explained. He inserted his own paintings, which he generally creates with watercolors or coffee, collages and photos he revisits, in the back of the frames, sometimes keeping the original painting on the other side. “Usually, you seek a frame for a painting, but I did the opposite: finding what I thought was the right painting for each frame,” said Marras. “I adapted the works to the frame and in some cases the frame is an intergral part [of the art].”

Visitors enter the exhibit by walking through a group of black men’s jackets hanging with several cowbells. “This is a way to stimulate all senses, because, in addition to the sound made by the bells, one feels and smells the jackets imbued with a fragrance that smells fresh and clean,” said Marras. The jackets, as well as a huge tower of around 200 skirts, are old pieces from Sardinia, Marras’ home island, as none of his fashion designs are on display here. The room, painted gray, will be dimly lit, so that each piece should be seen close up. A group of antique iron and brass beds hover as in a sculpture above the jackets at the entrance.

Marras’ creative world blends cinema and poetry, history and visual arts. For curator Miglietti, “everything for Antonio is artistic material, his personal history, his island, his dogs, the horizon, history…” Marras’ recurring obsessions, for teeth or hands with long painted nails, for example, are also central.

She emphasized how Marras “collects, assembles and keeps everything as he is afraid of death, of voids, but nothing is dead. He gives voice to materials. It’s as if he hears the voice of things that have been cast away.”

She also underscored Marras’ “courageous” decision to accept the Triennale’s offer. “For many years, he kept everything hidden away.” There are several references throughout the exhibit to his long-standing relation with artists Maria Lai and Carol Rama, who encouraged Marras to show his art.

“My concept of art is one where there are no barriers or borders,” said Marras. “I work materials in different ways. I believe in fusion, assembling different arts that create something else, it’s my way. I don’t have limits or scruples, I am [naïf].”

The designer also admitted he liked to “pick up things that have been thrown away.” One example is an old tennis ball, opened and dismembered that his son once picked up and gave to Marras. “I always kept it and now it’s framed,” grinned Marras.

A very long table displays Marras’ countless agendas and notebooks, which he has been filling during his trips around the world. “The exhibit is a way to put order in my chaos,” he said.

A catalogue in Italian and English published by Skira will include texts by the curator, artists, musicians, writers and poets.