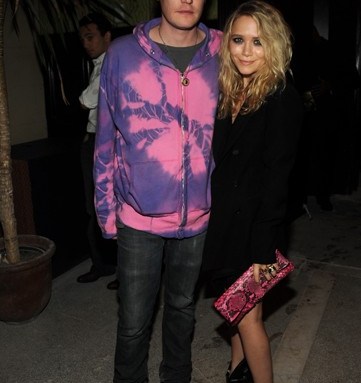 Hollywood charity The Art of Elysium, which connects artists and musicians with children battling serious diseases, held its first event in New York City on Friday night. And by the looks of the turnout, the organization’s move East was a shrewd one: Mary-Kate and Ashley Olsen, Victoria and Vanessa Traina, co-host Joy Bryant, Ciara, Milla Jovovich, Agyness Deyn and Eva Mendes all showed up for the fete, which was held at the newly opened Jane hotel and featured a live performance by Santigold.

“I’m so sick I could barely sing,” said Santigold backstage, before quickly adding, “I promise it’s not swine flu.”

Despite her condition, the rapper put on an energetic show that got Bryant up on stage to dance.