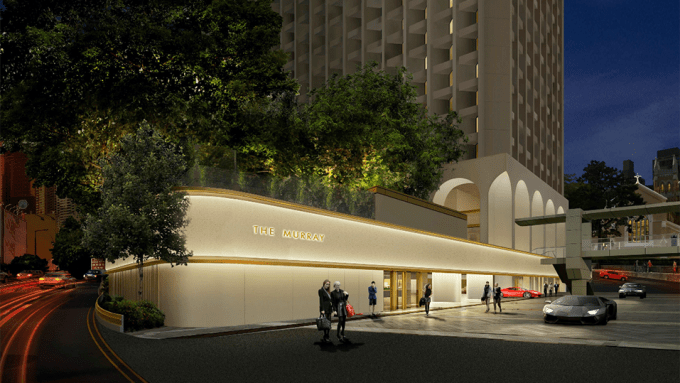 HONG KONG — Lifestyle is the new retail. It’s a refrain coming out of the mouths of c-suite fashion executives the world over and countless consumer white papers, surveys and conference panels.

While that’s reflected in the trend of growing square footage in malls devoted to F&B, cinemas and other lifestyle components, Asian retail groups are also investing more resources into building out hotel divisions.

Lane Crawford’s owner, for instance, is due to open the five-star luxury hotel The Murray at the end of the year in Hong Kong. Set in a heritage building and undergoing a redesign by Norman Foster’s firm Foster + Partners, it’s part of the Niccolo Hotels launched in 2014 under the Wharf Hotels — the hospitality arm of the Woo family.

“There’s a natural connection between retail businesses and hotels,” said Jennifer Cronin, president of Wharf Hotels. Aside from The Murray, the group will open a Niccolo hotel in Chongqing in August.

“Our hospitality concepts in Chengdu and Chongqing are integrated into IFS [International Finance Square], a leading retail precinct in the city,” Cronin said. “This two-pronged approach allows guests to become immersed and engaged in a city’s lifestyle, culture and community.”

Also in the pipeline is The Middle House in Shanghai, the fourth hotel under Swire Group that operates multiple malls. Swire was one of the first big advocates of the mixed-use hotel, retail and office combination in the late Nineties with its Pacific Place complex. The mall is now connected to four hotels: a JW Marriott, Conrad and Shangri-La and in 2009, it added Swire’s own branded hotel called The Upper House.

While the business model itself is not new, the trend is one that is propelled further in recent years by a growing appetite for travel, especially as international shoppers chase favorable currency swings. According to a Hurun report released this month, Chinese consumers in the luxury segment spend an average of 380,000 renminbi on travel annually, and 220,000 renminbi on shopping.

“We are actually going to launch as a group — Chow Tai Fook, New World Group — a CRM system which we can earn points between all the companies,” he said. “If you have a five-star [hotel], you have very good VIPs, which you can cross over to luxury shops and custom-made services as well. It becomes very seamlessly connected.”

Not all developers are so bullish on hospitality. Ronnie Chan, chairman of Hang Lung Group, which has an extensive retail portfolio across greater China including Shanghai’s Plaza 66 mall and Fashion Walk in Hong Kong, said he is adding hotels to his business, but it’s not an easy industry to make money in and he does it only when he is “forced to.”

The company’s property division Hang Lung Properties revealed plans to open a Conrad hotel in the northeastern city of Shenyang in the first half of 2019 to complement its Forum 66 shopping center and office tower.

“For China for the next 30 years, retail is going to be one of the main things,” Chan said. “There’s no class A offices in most of the second-tier cities so if you occupy the best location, build the best properties you’ll be fine. If you have all that, you need a hotel. Because your office tenants will require that — to have a hotel next to it — and it will also bring pedestrian traffic to your shopping center. For that reason, it’s not a money lossmaker. [Still], it’s not a money winner.”

Jacques Penhirin, partner and managing director of Greater China at Oliver Wyman, said in a hyper-competitive market like China facing an oversupply of malls, a hotel component and expertise are advantages but not a guarantee for success.

“It’s better if you have a massive office tower on top, but the fact that you have hotels and 1,000 rooms, that gives you a lot of business but that’s not enough, there’s more competition. There’s more reason to go to the next mall. The soft part of that has to be on top — a better CRM program, better animation, a commotion, something more exciting.”