Asked & Answered: Who Should Take Home an Emmy Award This Weekend?

Which shows and stars NYFW attendees are rooting for on Sunday.

By Kristen Tauer and Leigh Nordstrom and Andrew Nodell on September 15, 2017
View Slideshow 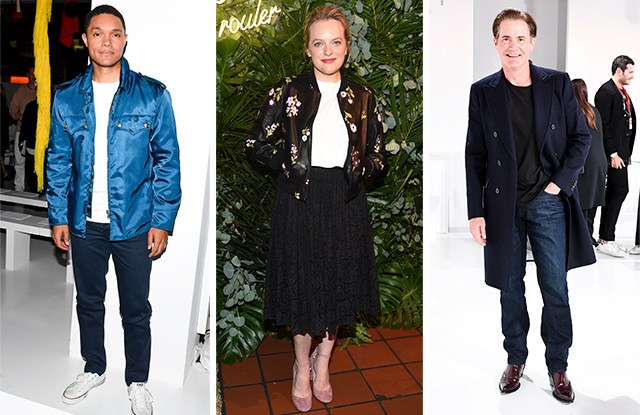 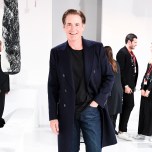 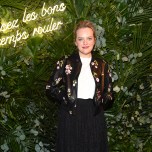 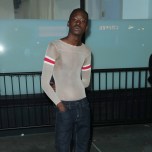 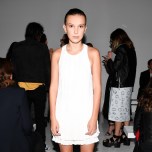 Now that New York Fashion Week is officially behind us, we can turn our attention to the weekend — namely to Sunday night’s 69th Emmy Awards ceremony. The competition this year is particularly stacked, with numerous breakout original shows competing alongside established fan favorites such as “Orange Is the New Black” and “House of Cards.” (See the full list of nominees here.)

WWD asked celebrities making the rounds of NYFW, the parties and the after-after parties what shows and stars they were rooting for come Sunday. Here are their answers:

Trevor Noah: “I’m a huge John Oliver fan, so I’m always going to be biased. The day we get nominated against him no one must ask me because I’ll still say John Oliver. ‘Black-ish’ is my family, basically, I love them so much.”

Ashton Sanders: “’The Handmaid’s Tale’ was one of my faves, so I’m really stoked about that. But it’s just a revolutionary time in television right now, and everything that is nominated is all worthy of the nominations. So we’ll see — I’m just like you guys.”

Kyle MacLachlan: “I’m rooting for my wife who is nominated for ‘Project Runway’ — she’s been nominated 13 times.”

Elisabeth Moss, Emmy nominee for “The Handmaid’s Tale”: “I’m a big fan of ‘Stranger Things’; I love ‘This Is Us’; ‘Veep’ is my favorite show of all time; ‘Fargo’ I love.”

Alia Shawkat: “‘Atlanta.’ I love all those dudes. And what else is nominated? I like Riz Ahmed [nominated for ‘The Night Of’]. Riz is great, I hope he wins everything.”

Michelle Monaghan: “Oh my gosh, ‘The Handmaid’s Tale.’ It’s extraordinary. Elisabeth Moss is extraordinary and she’s a wonderful woman as well — it’s a powerful show and a very important one at that.”

Patricia Clarkson: “I just did a season of ‘House of Cards’ with Kevin [Spacey] and Robin [Wright] and there’s nobody better. They’re divine. I just worked with Jean-Marc Vallée on his next project. He just did ‘Big Little Lies’ and he just did this miniseries I’m doing with Amy Adams next called ‘Sharp Objects’ for HBO. I’m rooting for him. He’s divine and he’s hot.”

Nico Tortorella: “‘Big Little Lies’ was my favorite show of the year. ‘Handmaid’s Tale’ was so beautifully performed and written, as terrible as that story is. I’d love to see ‘Gaycation’ win too, Ellen Page’s and Ian Daniel’s show.”

Zosia Mamet: “I’m a huge ‘The Handmaid’s Tale’ fan. I also am a big fan of ‘The Crown,’ but I’d love to see Lizzie [Elisabeth Moss] win. I think that performance was pretty arresting, and I felt like that show [‘The Handmaid’s Tale’] is exceptional and beyond timely.”