Chef Shenarri Freeman behind the bar at Cadence.

A few weeks after opening its doors in the East Village, Cadence has already hit its stride.

Helmed by chef Shenarri Freeman, the latest vegan restaurant in Ravi DeRossi’s Overthrow Hospitality group is focused on Southern soul food. Freeman, who started with the company as manager for Avant Garden a few doors down on Seventh Street, was approached by DeRossi with the opportunity to design a culinary concept for a new space.

“I instantly saw what was lacking in the city and with the company, and I was like, ‘Oh, we should do vegan soul food,'” Freeman says. The young chef, a Howard University alum, transitioned to a plant-based diet around five years ago while she was working in D.C. at Marvin, which at the time was one of the most popular bars in the city’s U Street neighborhood.

“Working there and late nights partying — being a young girl out of college — it forced me to do a full body detox and change my diet and lifestyle. So I tried a vegan diet for 30 days, and five years later, here we are,” says Freeman, adding that when her diet transitioned to plant-based, her approach to cooking did as well.

Freeman looked to her Virginia upbringing and family recipes for inspiration when designing the menu for Cadence. “I was on the phone with my mom every week picking her brain, going over recipes that she had made for me as a child,” says Freeman, who was concurrently finishing up the Health-Supportive Culinary Arts program at the Institute of Culinary Education, which focused on meat substitutes that were less based in soy and processed ingredients. “With the family recipes and everything that I grew up eating and loving, I applied my culinary background. I was learning to veganize them, and added my own twist. 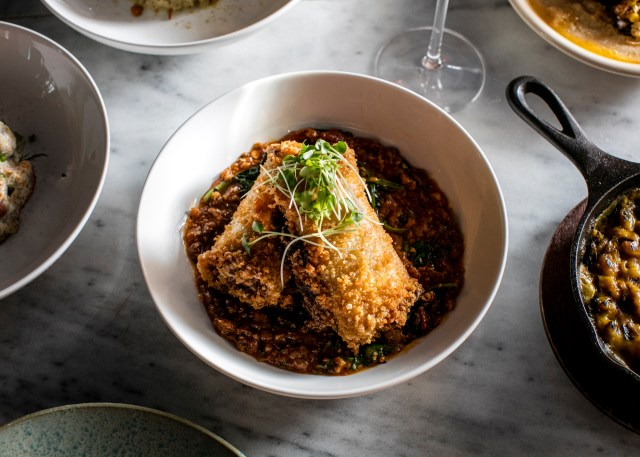 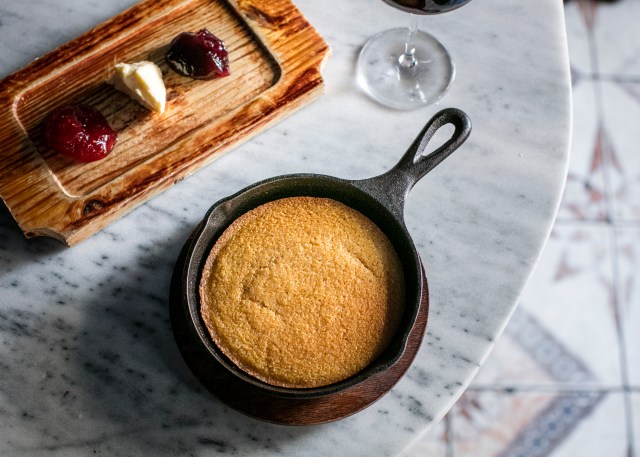 Fan favorites at Cadence so far include the Southern fried lasagna, jerk mac and cheese, Buffalo oyster mushroom sandwich and maple buttermilk cornbread with bee-free honey butter. “I never realized how much people love cornbread,” Freeman adds. “I added that dish because I felt like cornbread needed to be on the menu, but I didn’t realize how much people in New York and the plant-based community wanted cornbread.”

The chefs counter inside the restaurant faces an open kitchen, adding to the intimacy of the space and Freeman’s approach to cooking. Brick and copper walls are paired with a marble bar counter, plush pink stools and slate blue accents. The restaurant’s name, Cadence, speaks to the jazz influence apparent in the restaurant’s cuisine and atmosphere of the dining room.

“Cadence stands for the flow or rhythm of music. We do have a cadence at Cadence, and it starts with the music and the flow, and how the food comes out and the staff, ” Freeman says. “I thought that it was a perfect name to sum up everything that we were doing. Not just focusing on the food, but the overall experience that Cadence brings.” 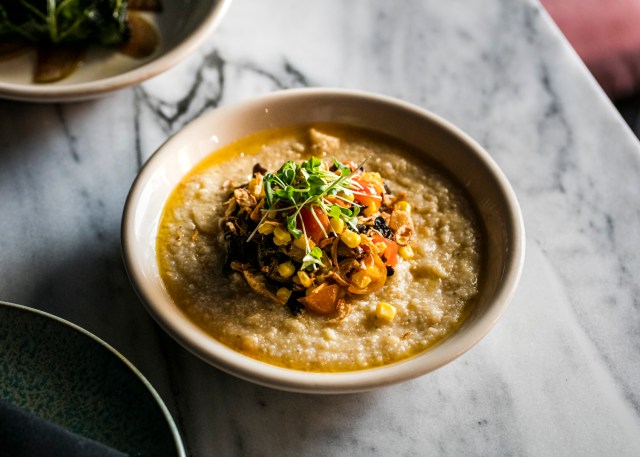 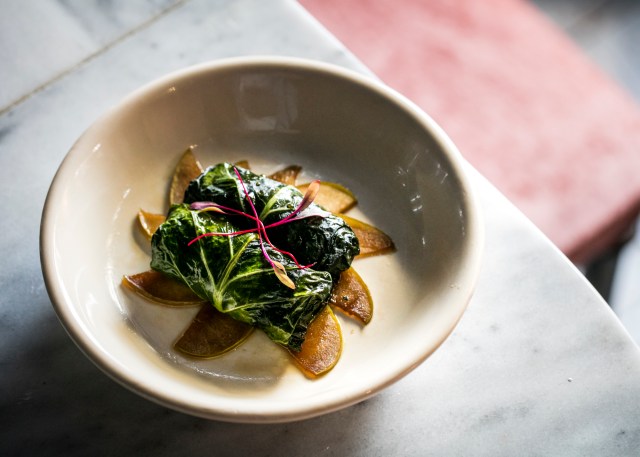