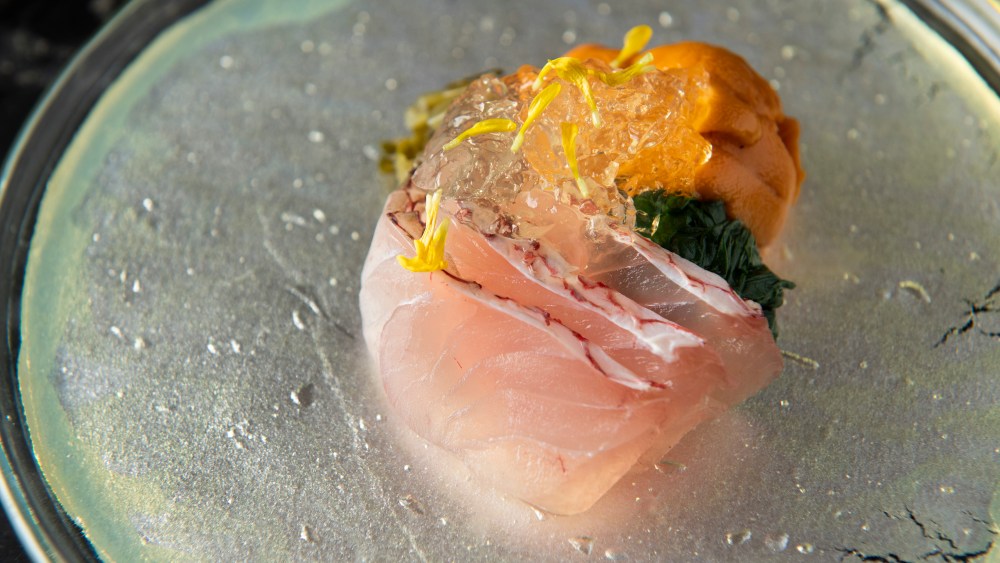 Following the success of Atoboy, husband-and-wife team Junghyun, or “JP,” and Ellia Park have debuted their second restaurant, Atomix. Located a few blocks away from Atoboy, which opened in 2016 and earned a two-star review from New York Times critic Pete Wells, their latest project takes a fine dining approach to Korean cuisine.

Chef JP, who worked for Michelin darlings including downtown’s Jungsik before striking out on his own, notes that returning to the higher-end dining scene was always his goal.

“When I first started to think about my own restaurant, it was fine dining. I opened Atoboy first because me and Ellia were new to the New York dining scene — so if you open some kind of fine dining place with a tasting menu, people still don’t know about us and they’re not ready for our Korean fine dining space,” JP explains. “So we changed their minds; we opened Atoboy first. It’s more casual and easier to get there and the price point is not crazy, more reasonable and a good value.”

Atomix offers two nightly seatings for JP’s multicourse tasting menu, which aims to highlight traditional Korean cuisine with a slightly unexpected, experimental spin; he is sourcing ingredients locally as well as from South Korea. While diners will be seated around a horseshoe chef’s table on the restaurant’s lower level, guests looking for a more casual experience can order drinks and small bites in the first floor lounge.

The restaurant is located inside a town house, which features soaring ceilings on the lower level accented with a skylight. The Parks note that the minimalist interiors were driven by their personal aesthetics, with inspiration pulled from their travels in Japan as well.

“We fell in love because of this high ceiling,” JP says. “I thought we were going to put it in a small space, like a really intimate dining room. But after we saw this space we were like, ‘Oh, we have to be there.'”

The restaurant also highlights South Korean artisans, including ceramists Sui Park, Namhee Kim and Youme Oh. The Parks have been collecting chopsticks from South Korea for many years, and at the start of their meal, guests will be prompted to select a pair of chopsticks from their assortment.

“If you go to a steakhouse or a really great French restaurant, you can choose your knife for a steak. We got inspiration from that,” Ellia says. “We want to show [diners] beautiful stuff from [South] Korea.”

Dave Ortiz Gets Into the Vodka Business