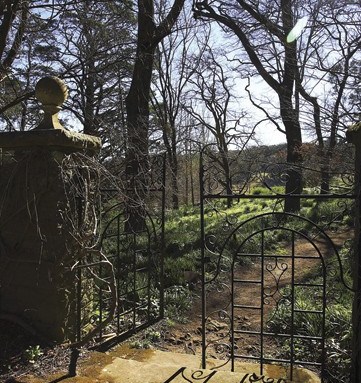 Located 2,133 feet above sea level and just over an hour’s drive from Sydney, the New South Wales Southern Highlands has been a pastoral playground for Sydney’s elite for more than 140 years.

Nestled on a tabletop plateau of the Great Dividing Range equidistant between Sydney and Canberra, the Southern Highlands is etched with spectacular gorges and valleys and flanked by nine state forests and national parks. The region has a population of only 42,000 and comprises four main towns: Bowral, Mittagong, Moss Vale and Bundanoon. Dotted around these townships are approximately 20 sleepy smaller villages that include Sutton Forest, whose “town center” consists of a pub, a church and two shops. There’s also the quaint Berrima, Australia’s only preserved Georgian colonial town, which was established in 1831, 14 years after European settlers first set up camp nearby in the now-defunct settlement of Bong Bong.

Large tracts of land were granted to explorers/settlers Charles Throsby and the NSW colony’s surveyor general John Oxley, who established important Georgian residences Throsby Park in 1834 and Wingecarribee House in 1857.

With its four distinct seasons and crisp temperatures, which can be up to 10 degrees Celsius cooler than Sydney’s, the area quickly proved a hill station for Sydney’s well-heeled English settlers—notably following the arrival of the railway in 1867. The NSW governor’s 1882 acquisition of the Sutton Forest property Prospect, renamed Hillview, as a permanent country retreat made the area more fashionable still.

Some of Sydney’s most prominent families established retreats in the region with English-style gardens, such as the Hordern retail dynasty, which built Retford Park (1887) and Milton Park (1910). Set on 300 acres with 10 award-winning gardens, Milton Park since has been transformed into a luxury country resort and one of the Highlands’ most iconic properties.

Although the region never really went out of style, its charm was somewhat eclipsed by the lure of beach property from the Sixties through the Eighties.

Over the past 15 years, however, the Highlands has been rediscovered in earnest by new generations of Sydney-ites—and others much further afield—who are setting up homes or weekenders. They include author Bryce Courtenay, actor Reg Livermore, artist John Olsen, television mogul Reg Grundy, Midnight Oil front man–turned–federal environment minister Peter Garrett, rocker Jimmy Barnes, British actress Miriam Margolyes and veteran photographer Sam Haskins. Now 82, Haskins, the South African–born author of Five Girls and Cowboy Kate & Other Stories, among other books, relocated to Bowral in 2002 after three decades in London. His recent fashion clients include French Vogue, Allure and Harper’s Bazaar Australia and he shot Kidman for the latter’s January/February 2004 cover.

“Everything which a big horrible city is not, Bowral is,” says the photographer. “It’s quiet, there’s lots of space, beautiful fresh air. The climate on the whole is very good. And I can get to Sydney in a hurry if I have  to. I moan about it if I have to go.”

“It’s partially a bedroom suburb of Sydney now—people sleep up there but work in the city,” says John Large, who also splits his week between town and country.

In Large’s case, that’s one home in the exclusive Sydney Harbour–front suburb of Point Piper and 310 acres in Bowral that he has developed into the Highlands’ best-known winery and entertainment venue: Centennial Vineyards (whose next international act, on December 14, is Alicia Keys).

With 250 acres of grapes under plantation across 60-plus vineyards, viticulture is the Highlands’ latest buzz industry—and it has sprung up in less than a decade.

“I think Australia is starting to come to appreciate the delicacy of wines that are grown in a cool climate,” said Large, whose 17 award-winning products include sparkling wines, Chardonnays and Pinot Noirs. “They have had their gut-full of Chardonnay from the hot areas that are big and full and oily and rich, and now they want something more delicate.”

“There are lots of kids and lots of ponies—and lots of models. If any [out-of-town] models are staying with me, part of the deal is they have to come  down to the farm with me,” says Ward, whose property boasts native eucalyptus, subtropical rainforest and spectacular views over the Robertson Valley.

“I love the fact that it has a completely different climate,” she adds of the region. “It’s remote but close to the city, so it makes it very accessible. And  you get space and you get quietness and you get solitude. It’s a beautiful part of the world.”