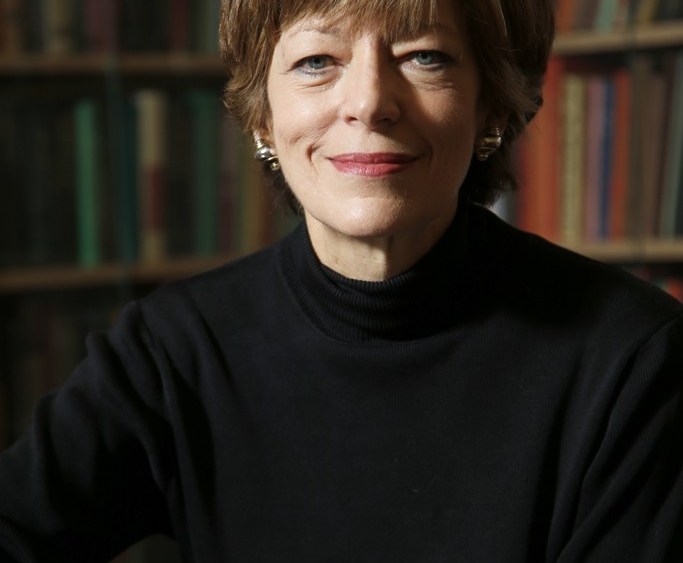 The ability to write highly engaging nonfiction, backed up by considerable research, is a rare one, but Amanda Vaill clearly has it.

Her first book, “Everybody Was So Young,” about Lost Generation style setters Gerald and Sara Murphy, published in 1995, was a finalist for the National Book Critics Circle Award and a New York Times bestseller. She has also written the 2007 “Somewhere: The Life of Jerome Robbins” and the script for a PBS documentary, “Something to Dance About,” based on it. The script was nominated for an Emmy and the film won an Emmy and a Peabody Award. In 2008, Vaill wrote a biography, with Janet Zapata, of her grandfather, a celebrated jeweler — “Seaman Schepps: A Century of New York Jewelry Design.”

Her latest book is “Hotel Florida: Truth, Love, and Death in the Spanish Civil War” (Farrar, Straus & Giroux), and concerns three couples involved in that conflict, which took place from September 1936 to February 1939. The war began when the rightist General Francisco Franco launched an armed rebellion against the democratically elected Socialist government.

The pairs in the book are Ernest Hemingway and the writer who would become his third wife, Martha Gellhorn; the war photographers Robert Capa and Gerda Taro, and a less-well-known duo, Arturo Barea, head of the government’s foreign press office in Madrid, and his deputy, Ilsa Kulcsar, whom he later married. The hotel of the title is a Madrid one where many foreign journalists covering the Spanish Civil War stayed. Hemingway said of it, “You could learn as much at the Hotel Florida in those years as you could learn anywhere in the world.” The idea for the book, Vaill says, was sparked by the discovery of the Mexican Suitcase — three boxes filled with film from the Spanish Civil War by Capa, Taro, David Seymour, known as Chim, and some photos taken in Paris by Fred Stein — which appear to have been smuggled out of Paris by General Francisco Aguilar González, the Mexican ambassador to the Vichy government in 1940 and 1941. They remained in Mexico City among his belongings, unknown, for many decades. The photos finally went to the Capa archives at the International Center for Photography in New York in 2007.

In person, the New York-based Vaill is stylish, charming and speaks at warp speed. The most intriguing character, she says, and the biggest discovery for her, was Barea. She found his autobiography, the three-volume “The Forging of a Rebel,” which was edited by T.S. Eliot and published between 1941 and 1946, particularly remarkable in view of Barea’s humble origins. His mother, who was widowed when he was four months old, was a laundress who supported her four children by washing soldiers’ clothing in the River Manzanares, which passes through Madrid.  “He really tried to tell the truth, and in the end, it almost cost him his life,” Vaill says of his behavior during the civil war. Under pressure from a variety of political factions, observing that a number of their friends and allies had disappeared, Barea and Kulcsar finally had to flee to England.

Vaill decided to tell the stories of her protagonists “all intertwined,” focusing, say, on what several of them were doing on a specific day. She describes herself as “picky, picky, picky,” and says that she dealt with the large amount of information she assembled and her desire to braid the stories together by putting together an elaborate time line which showed what each of the main characters was doing at any given time.

One of the surprises of the book is how calculating Gellhorn was. She kept extensive and very frank journals, which are held at Boston University, and which Vaill was finally given access to after making numerous requests. Gellhorn, who was from an affluent, well-connected St. Louis family, was befriended by H.G. Wells, who developed a crush on her, had her to stay in Regent’s Park London, helped her to get published and told her to write every day. Annoyed by what she saw as his paternalism, she banged out an impressive story about witnessing a lynching in the Deep South. The only problem: It was fictional. But that didn’t stop her from publishing it in The Spectator, where it received wide attention and was reprinted in Reader’s Digest. Only when the idealistic Eleanor Roosevelt, a family friend, passed the story along to civil rights activist Walter White, who wanted Gellhorn to testify about lynching to a Senate committee, was the writer forced to come clean with the fact that she had made it all up. It is also clear that she was much too serious and driven about her own career to play second fiddle to Hemingway, who insisted on taking the lead in everything, and, in fact, their marriage lasted only five years.

The writer calls Taro “capricious” and “amazing,” and observes that André Malraux recalled her darting about in a pristine white dress taking pictures during the conflict. “She’s so lovely in photographs, with her sense of elegance, daintiness and finesse,” she adds. “She could have run away with the whole book.”

Vaill carefully anatomizes how involved the Russian Communists and German Nazis were with, respectively, the Republicans and the Nationalists. “Britain and France were afraid of offending Hitler” by helping the Republicans, she says, so “Joe Stalin” stepped in. Many historians have pointed out that the conflict was a kind of dress rehearsal for World War II.  Nevertheless, the effect of reading the details is still chilling. Also interesting is the contrast between the Americans covering the conflict and the other important players. While most of the journalists weren’t rich, they weren’t starving, either, whereas émigrés such as Taro, who was an anti-Fascist from Germany, had no safety net. According to Vaill, she had so little money when she first came to Paris that “she and her roommate stayed in bed all day to conserve calories.”