Hot spots in a tropical haven. 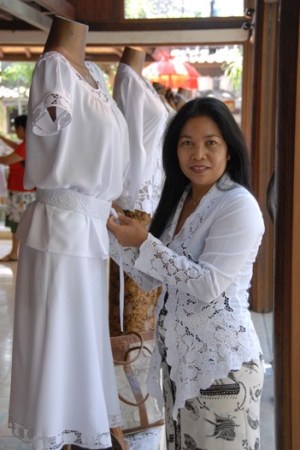 Considered one of the most luxurious spots on earth, Bali is home to tens of thousands of Western and Asian expatriates, weaving foreign sights, sounds and flavors into its culture and fabric.

Hot spots pepper the island: Ubud is an artsy town in the mountains with world-class museums, galleries and craft shops. Kuta, Sanur and Seminyak boast beaches, gourmet restaurants and some of the wildest nightlife in Southeast Asia. Nusa Dua is a newly developed coastal area with international chain hotels and expats’ villas.

Local designers Uluwatu, Animale, Paul Ropp and Mama Leon have stores throughout the island and visitors are rarely far from one of them. The two large malls in Kuta, Discovery Shopping Mall and Bali Galleria, are a few miles from the airport. Bali Galleria hosts international brand names and duty free shops in a “Shop now, collect your purchases at the airport before departing” concept.

The Four Seasons in Sayan may be one of the most exclusive hotels in the world, with a staff of 1,100 servicing 60 villas in a mysterious valley along the river. Ku de Ta on the beach in Seminyak is one of the trendiest places for people-watching or sipping martinis at sunset.

The latest newcomer to the upscale restaurant scene is Sarong in Petitenget. It brings a fusion of Thai, Indian, Indonesian and Malaysian food by Jimmy Liks, former chef at Sofitel in Sydney. It is near jazz club Legend, an unpretentious hangout to check out Bali music celebs.

For local and Western specialties in a casually elegant al fresco restaurant, one of the best in Kuta is Kori, just a few minutes’ walk from Bali’s “Ground Zero” monument, marking the spot of the deadly 2002 bombing.