After 14 months of closure, the uptown nightlife classic welcomed regulars back Tuesday night with all the same staff and an entirely new menu. 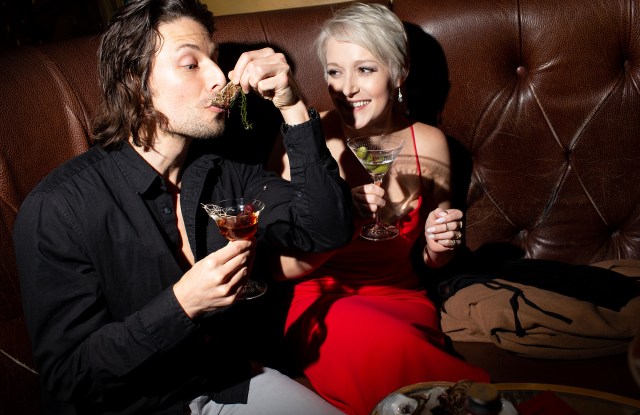 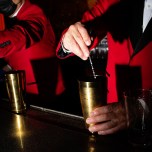 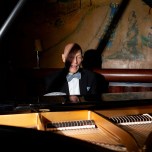 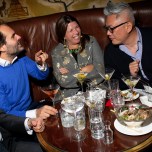 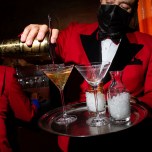 “Do not get the pigs in the blanket in the shot — I’m wearing Tom Ford.”

Bemelmans is back, after 14 months of closure due to the coronavirus pandemic, and with it comes the singular kind of New York night out where miniature hot dogs wrapped in pastry puff coexist with black leather Tom Ford dresses in effortless glamour.

The entirely indoor bar at The Carlyle Hotel on Manhattan’s Upper East Side said roughly three weeks ago that it would reopen with reservations, which were booked within minutes. Along with the return came an Instagram account for the first time ever. For the time being access is mostly reservation-only, to ensure safety for guests, though a few walk-ins are still permitted each evening.

Guests were dressed for the reopening occasion on Tuesday night, including the above woman in a black leather Tom Ford dress with plunging neckline, which was completed by a blowout and red lip. Behind her in a banquette table sat Town & Country editor in chief Stellene Volandes, who was joined by a table that included dancer Robbie Fairchild, former Elle Decor editor in chief Whitney Robinson — and trays of martinis. In the corner sat a woman dressed in a red floor-length gown, clearly dressed to impress for Bemelmans’ first night back. Most of the guests were longtime regulars; occupying a far corner table was Marc, a Vienna-born lawyer in on business from Toronto. Drinking a Macallan 18, he said he is a regular who always comes when in town and couldn’t wait to return.

The team at Bemelmans remained entirely the same from the before times, aside from the head chef: Sylvain Delpique, formerly of the 21 Club, was announced last month as the new helm in the kitchen of both Bemelmans and Cafe Carlyle, which has yet to reopen. Otherwise the staffing is much storied, including Earl Rose on the piano, back at it again though tucked farther from guests in accordance with the 12-foot musician rule. Rose has played piano at the hotel for nearly 30 years. Behind the bar for the night were Pedro Caballero and Luis Serrano, who was at a loss for words when asked how it felt to be back.

“It is amazing,” Serrano said, preparing an Eartha Kitt martini. He has worked at Bemelmans since he was in his 20s, after immigrating to the U.S. from Ecuador. “It feels like we never left.”

SEE ALSO: What It’s Like to Go Out in New York City Right Now