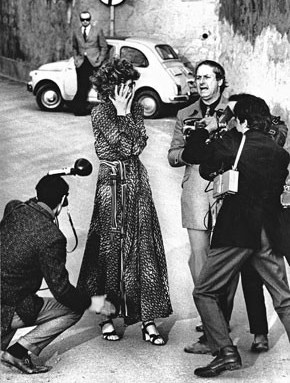 LIFE’S A BEACH: Berlin is said to have more stretches of canal than Venice. The fact that most of them run through industrial wastelands puts this statistic into perspective slightly. But with true Berliner creativity, during the summer, even the most unpromising waterways are converted into hip beach bars and outdoor clubs. Munich may offer beer gardens, but Berlin has decided to turn itself into a beachside city.

For a taste of the wild Nineties, check out Kiki Blofeld (48/49 Köpenickerstrasse; kikiblofeld.de). With a billiard table under the trees and chandeliers hanging from branches, this is improvised Berlin at its most authentic. A concrete bunker of a boathouse serves as a nightclub when the sun goes down.

On the opposite bank of the river, Spree Bar 25 (25 Holzmarktstrasse; bar25.de) is a rather bizarre mix of Wild West ranch and children’s playground, with a cinema and circus thrown in for good measure. If you want to party nonstop all weekend (not uncommon in this particular bar) you can even arrive Friday and leave Sunday by checking into one of the wooden chalets tucked away in under the trees.

The newly renovated Strandbar Mitte (3 Monbijoustrasse; strandbar-mitte.de) might not be quite so hip, but being within walking distance from the IMG catwalks, it’s a good spot to collapse in a deck chair.

But the traditional favorite for cool Berliners is Club der Visionäre (1 Am Flutgraben; clubdervisionaererecords.com) in a tumble-down wooden shack on the river in the hip district of Kreuzberg.

PHOTO OP: Berlin is enjoying a summer explosion of blockbuster photo shows — not so surprising in a city bursting with photographic talent and with a strong tradition of taking photography seriously, rather than treating it as a poor relation of other visual arts. One fascinating exhibition at the Helmut Newton Foundation focuses on the bad boys of the industry, the paparazzi. Tracking the evolution of the genre from the early 20th century to today, the show presents 350 prints by Helmut Newton, Edward Quinn, Weegee, Jean Pigozzi, Ron Galella and others. The exhibition asks: When does a paparazzi shot cross the line from intrusive sensationalism to creative portrait?

While in Martin-Gropius-Bau, another exhibit on Russian constructivist photographer Alexander Rodchenko offers an overview of his portraits, reportage, book and poster design.

And what better setting for a Hiroshi Sugimoto retrospective than Mies van der Rohe’s Neue Nationalgalerie? Especially since this third station of the show in Europe highlights the relation between Sugimoto and his subjects, which include paintings in the Berlin collections and the Nationalgalerie’s architecture itself.

TRIPLE DELIGHT: Berlin’s queen of style, Quartier 206 and the Adlon’s Anna Maria Jagdfeld, have teamed up with young Michelin-star chef Tim Raue for the new MA Restaurants behind the Adlon Hotel. And the results are stunning — to the eye and palate. The Asian-inspired trio opens with the Schochu Bar with its gilded, hand-carved walls, backlit screens, dark leather banquettes, vivid yellow springbok (or antelope) pillows and stools and specialty cocktails featuring Japanese buckwheat vodka and various Raue-concocted infusions. A yellow glass “runway” connects the bar to the Japanese restaurant Uma, with its intimate corners and open kitchen where one orders not by course, but by the method of preparation: sashimi, salads, yaki, soba noodles, fresh fish and seafood. A la carte prices range from 6 euros, or $8.75 at current exchange, to 200 euros, or $292, for a prize Japanese melon. Here, as in his signature restaurant, MA Tim Raue, no white flour, starch or sugar are served; products are regional, and all fish are taken that morning from fresh- or saltwater tanks.

The restaurant’s interior and cuisine are both modern Chinese. Raue’s aim is light, energizing fare that “lives from flavor,” such as a tuna tartare starter in wasabi cucumber juice topped with wasabi tobiko and coriander cress. Four-course menus or three à la carte courses are 78 euros, or $114; a six-course menu — which he says demonstrates “what I am” — is priced at 180 euros, or $263. The large open room is outfitted with Loro Piana upholstered chairs, sofa banquettes with carved chinoiserie backs, slate walls, a complete wall of windows opening out on a vertical garden and the pièce de résistance: an almost 5-foot, 1,000-year-old Han dynasty terra-cotta horse. MA, after all, is the Chinese name for horse.