Diversions in the city's cultural and culinary scene. 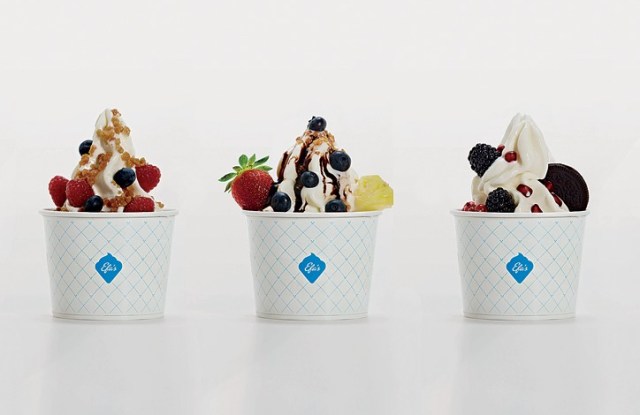 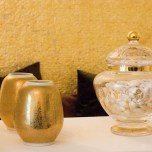 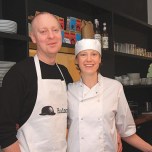 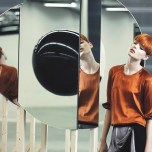 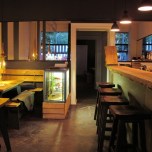 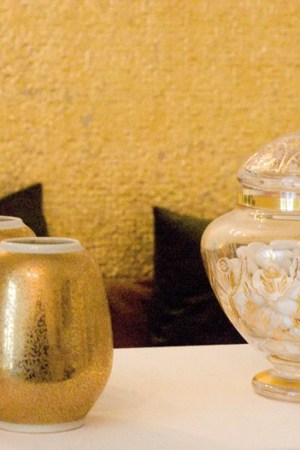 SWEET BERLIN
Berlin’s been on a sweet curve lately, with numerous places opening that serve treats from all over the world. Here are three new spots to bid goodbye to hypoglycemia during Fashion Week.

Efa’s: If Efa’s name or logo seems oddly familiar, that’s because it used to belong to one of Germany’s former ice cream icons. Established in the Fifties, Efa’s exclusively supplied the 1972 Munich Olympics with its sweet boosts, but closed down in the Eighties. The founder’s granddaughter Felicitas Freiberger and her boyfriend, Paul Claudius, have revived Efa’s with a 1,076 square-foot parlor in Berlin.

But instead of sticking to the old recipe, they updated the concept from ice cream to frozen yogurt, after having developed a taste for it as students and interns in New York. Located just off Rosenthaler Platz, they serve two flavors — a basic and hibiscus-lemon — with fruit or sweet toppings and purees as sauces, plus smoothies and parfaits from around $3.50.

Confiserie Orientale: Specializing in Turkish delicacies, Confiserie Orientale also has a lengthy history: The first branch opened in 1883 in Istanbul. Now, a friend of the founding family, Sevgi Gyrez, has taken the concept to Berlin’s gallery district in Mitte. There, starting at about $4, almond flavored marzipan, sweet pistachio and classic Turkish delights fill the minimalist white shelves or one’s plate together with Turkish tea or coffee in its cafe corner.

DUTCH TREAT
The openness surrounding the approach to fashion design in the Netherlands encourages diversity, fluidity and crossover in design development. That’s the premise behind “Basic Instincts,” a showcase from Premsela, the Dutch Institute for Design and Fashion.

The show’s venue is also visit-worthy on its own. Century-old, ornate but crumbly Villa Elisabeth was built as a parish house to accompany the nearby St. Elisabeth’s Church. These days, the Villa plays host to concerts, fashion shows and art events.
— Susan Stone

BUBBLY
Germany might be best known for its beer, but a different kind of bubbly beverage has always been a favorite glass-raiser in fashion circles. From French Champagne to German Sekt to Spanish Cava, new bars are pairing the effervescent drink with a variety of tasty tidbits to, ahem, sparkling effect.

Bar Brut: When Maud Cassagne, the French owner of the former Systm Bar on Torstrasse, got two German proprietors on board, they changed more than just personnel duties. Instead, the new trio shut down the old bar, threw out the streamlined, minimalist decor, carved their own tables, benches, lamps and bar counter out of raw wood and reopened as the cozy chalet-style Bar Brut in March.

But Brut doesn’t only call to mind a glass of fine French Champagne — it’s also the German word for “brood” and illustrates at whom this bar is aimed: the company of one’s good friends. Depending on how many of them are in attendance, there is an emphasis on bottled or open wine (from $4 per glass) on the menu, which now also includes French cheese and German sausage platters (from $7 per person).
— Jennifer Weibking

THE OTHER VIEW
Berlin’s Kulturforum is devoting 11,000 square feet of exhibition space to a show of fashion photographs and illustrations from the last 30 years. But don’t expect a familiar visual journey. Curated by Adelheid Rasche, director of Berlin’s Lipperheidesche Costume Library, “Visions and Fashion, Capturing Style 1980/2010” specifically aims to shed light on the “extraordinary and previously unseen, as well as images that have slipped from collective visual memory.”

About 250 original works by more than 40 international photographers, illustrators and independent visual artists will be arranged by artist on the upper floor, from the very well known — Karl Lagerfeld, Peter Lindbergh, Sarah Moon, Helmut Newton, René Gruau and Antonio Lopez — to the almost unknown, like Carola Seppeler, an 85 year-old artist who doesn’t exhibit as a rule.

Pulling the show together, Rasche came to the conclusion, “Illustration is not as dead or unimportant as one thinks, and there are a lot of good, new people out there.” As for the future of photographic and other images in the digital world, she noted, “The amount and breadth of variety is enormous, and via the Internet, one can combine everything. What’s next? I can’t say, but I think there will be more and more fast — and cheap — images on the ’Net, but also excellent images will continue to exist. It’s the middle-of-the-road that won’t survive.”
— Melissa Drier

FINE YOUNG CANNIBALS
Edgy art venue Me Collectors Room Berlin uses thematic exhibitions to showcase the Olbricht collection, one of the largest contemporary collections in Europe, and others of its kind. This summer, the “All Cannibals?” show delivers a taste of art about — what else? — cannibalism, presented with the art magazine Art Press. Visitors can sink their teeth into 100 unsettling works from 40 international artists including Francisco de Goya, Odilon Redon, Cindy Sherman, Jake & Dinos Chapman, Vik Muniz and Patty Chang.

The show was inspired by a quote from anthropologist Claude Lévi-Strauss stating, “We are all cannibals. The simplest way to identify with another is still to eat them.”

Luckily, art lovers can devour the displayed video works, paintings, sculptures and photographs with their eyes instead, and even rent out related films, such as “Silence of the Lambs.”

The exhibition is carved into sections such as Myths & Fairy Tales, Solidarity of the Flesh, and Holy and Secular Cults, and contrasts ethnographic photographs, cult objects and contemporary art. Guests can also visit the gallery’s quirky, well-curated shop, the permanent Wunderkammer exhibition blending old and new oddities, or drop by the sculpture-filled lobby cafe for a coffee and lime cheesecake, if they’re still hungry for more.
— S.S.