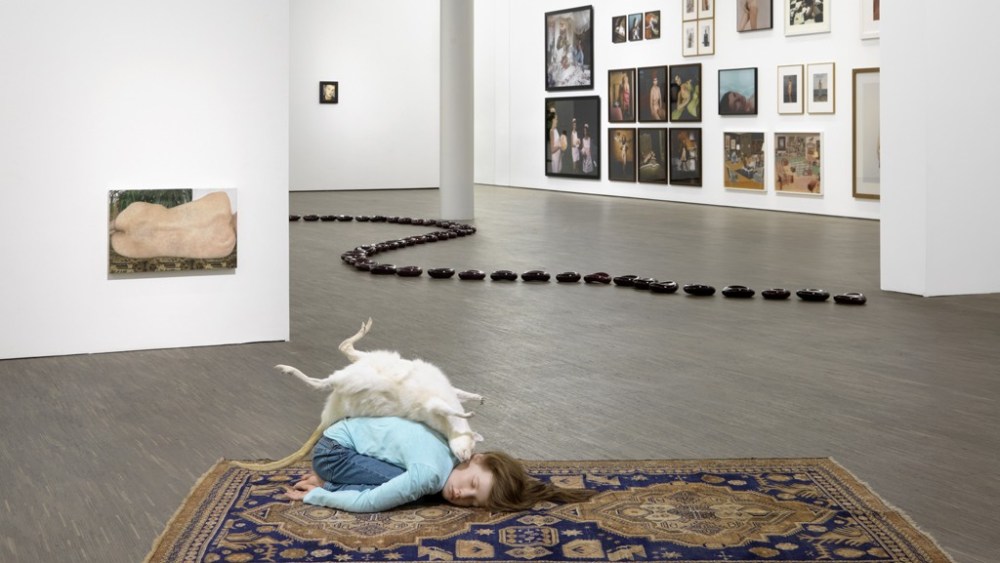 Recent studies indicate that German economic well-being has reached a new high, despite concerns related to crises on the international level.

Although some loss of wealth is feared in the face of ongoing international crises, Germany’s low unemployment rate and increasing incomes still account for a positive economic outlook among its citizens. Ipsos’ national welfare index for Germany (NAWI-D) indicates that 48.3 percent of those surveyed felt wealthy in September 2014, an increase of 3.1 percent from the previous year.

Nuremberg-based think tank GfK echoes the positive atmosphere, forecasting a record consumer climate index of 9 points for this month, compared to 8.7 points in December. Accordingly, GfK noted, “private consumption will continue to play a major role in the predicted upturn of the German economy in the coming year.” The market research group further estimated 2015 would see a  2.74 percent increase in purchasing power per capita of 21.45 euros, or $28.51, for 2015, with consumers having an additional 572 euros ($760) to spend in the next year.

However, retail developments remain modest. The German retail association HDE said Christmas business was mixed. While the weeks leading up to the holidays remained slow due to mild weather, sales increased during the last week before Christmas. HDE predicted November and December sales will end at 85 billion euros, or $113 billion, a gain of 1.2 percent compared to the previous year.

On the apparel front, 2015 may see an upswing. According to a new GfK Lifestyle and Fashion report, a third of Germany’s consumers — more than ever before — plan to increase their spending on apparel purchases in the coming year.

When renowned photo gallery C/O Berlin was forced to leave its former location in the old post office on Oranienburger Strasse in March 2013, thousands of Berliners attended the farewell party to pay their respects. The C/O team scouted several sites in the vicinity before reemerging — Phoenix-like — across town in a new West Berlin location last October.

“It was love at second sight,” C/O Berlin’s communications head Mirko Nowak said of the decision to accept the offer from the city of Berlin to move into the empty Amerika Haus, next to Bahnhof Zoo. “We did not choose the location, it chose us.”

The relocation to a thriving tourist hub has proven to be more than positive so far: 30,000 people visited the new location in its first month, many more than the average monthly footfall in Mitte. The light, spacious Amerika Haus, designed by Bruno Grimmek, opened in 1957 to give West Berliners access to information about American life and arts in a hope to boost trans-Atlantic relations. It lay dormant for years, but the two-tier, 2,500-square-foot landmark building is now once again serving its cultural function, albeit by housing exhibitions of top world photographers, not just those from the U.S.

Eat to the Beat

Legendary Berlin club Cookies may have crumbled — but the end of the party last summer made space for a new venture from club owner and restaurateur Heinz “Cookie” Gindullis. The new drinking, dining, and yes, dancing place is called Crackers.

Winding through the still dark and subtly marked entrance, guests dive in, passing through a lively, pool-blue open kitchen to get to the dimly lit dining space. Smooth wooden tables and teal upholstery perched atop acid yellow metal legs provide an eye-catching but vaguely East German office furniture vibe. Open banquettes get a glow, thanks to under-seat lighting.  The space feels roomy, despite the lack of natural light left over from dance hall days.

Chef Stephan Hentschel is known in Berlin and beyond for his vegetarian fare at Gindullis’  Cookies Cream (14 points in Gault & Millau) and more casual Chipps eateries. Crackers sources fine fish and filet to add to the mix.  A main dish of roasted sturgeon is garnished with juniper and Beluga caviar (38 euros, $47); Entrecôte of Charolaise beef comes with smoked beet and pepper stock (33 euros, $41). Side dishes (4 euros, $5) include cauliflower with Djah oftadeh, a Persian spice mix, and beans with basil and almonds.

Cocktails spring from cold-pressed fruit and vegetable juices. It’s all fuel for the floor — four nights a week, the tables are turned and DJs set the pace for dancing until near dawn.

M-O-D-E, spelled out in giant red letters, is now the first thing one sees upon entering the recently renovated and re-modeled Museum of Decorative Arts in Berlin. The crimson call takes visitors on a black-walled journey that winds through this entire floor of the museum dedicated to fashion. Lighted windows display about 130 costumes and as many accessories dating from the 1800s to the present day, showcasing some of the most illustrious names in fashion history: Charles Frederic Worth, Paul Poiret, Madeleine Vionnet, Coco Chanel, Jacques Heim, Edward Molyneux, Christian Dior, Elsa Schiaparelli, Cristóbal Balenciaga, Jean Lanvin, Yves Saint Laurent, Mario Fortuny, Madame Gres, Pierre Cardin, Paco Rabanne, and the most recent example, a late Nineties wedding dress by Viktor & Rolf.

Most of the pieces stem from the Kamer Ruf Collection, which the museum acquired in 2003. Swiss stage designer Martin Kamer began collecting clothes as inspiration, he told WWD. “I was always interested in how things are constructed and what fabrics can do,” he said, noting his most admired designer was possibly Vionnet. “She could do wonders with cloth around the body.”

As for his favorite finds, he recalled uncovering a 1912 Madame Pacquin that had “been the dress of the year and very much published. I found it at an auction split up into a skirt and overdress. They didn’t know they went together, but when I flipped open the [skirt’s] waistband, I found the same model number inside.”

He had the same experience with a look by Lanvin that had been split into two lots, but again, checking the waistband, the model numbers matched. Another time, he spied a “wonderful Vionnet that had been miscatalogued as Schiaparelli” at a New York auction. Knowing he’d be recognized, he sent an acquaintance to bid in his place with a limit of $10,000. “She got it for $300, and was upset, thinking she’d done something wrong.”

Those days are over. Kamer has been putting together another collection “but it’s coming to an end. Things are not as plentiful as before, and the last Vionnet, which was not in great condition, went for 70,000 pounds and a Schiaparelli jacket fetched 120,000. It’s just unbelievable.”

The role of women is the debate of the day in the art world, and the women-only show, “Queensize — Female Artists from the Olbricht Collection” at ME Collectors Room may inadvertently add fuel to the fire.

Under the direction of the space’s chief curator Wolfgang Schoppmann and documentary filmmaker Nicola Graef, the show aims to present an existential female view on the phases of life, from birth to decay.

Despite the diminutive title — queen size is still a size smaller than its male king-size counterpart — the exhibition brings together a conglomerate of noteworthy artists and advocates of feminism rarely seen in Berlin: Cindy Sherman, Bettina Rheims, Nathalie Djurberg and Mona Hatoum are just a few of the 60 featured artists. More than 150 works in all manner of media are on display.

However, the synonym of the bed as the existential frame of a woman’s existence, or the intended provocation of a vulnerable “Mia Farrow” painting by Dawn Mellor juxtaposed next to nude drawings by Marlene Dumas and bare black sculptures by Vanessa Beecroft, often feel stereotypical. Stereotypically male. Women may have come a long way, but there’s still a long way to go in the art world. And ironically it’s the perception of this fact — as well as the quality of the work exhibited — that makes “Queensize” well worth seeing.

NEXT: Hot Spots for Drinks and Dining >>

Berlin’s global village people include not just wannabe tech barons and fashion fans, but also entrepreneurs of the culinary persuasion. Here are a few of the newest internationally influenced hot spots for drinks and dining:

Brooklyn and Berlin seem almost to be connected by an invisible pneumatic tube that catapults culture from one capital of cool to the other. That’s OK if it means more newcomers like House of Small Wonder.

The light and airy greenhouse-like space, which features rustic touches and a spiral staircase, was designed by Shaul’s brother, Jonathan Margulies, whose event production agency Prop House was behind several memorable fashion week parties for Hugo Boss, as well as Berlin’s Tape Club.
Early in 2015, the Berlin version of Margulies and Watanabe’s other New York hit, Japanese restaurant Zenkichi, will blossom below in the basement. Divided into intimate booths, it will serve modern fare that skips sushi to concentrate on Tokyo-style small plates.

Café by day, craft beer bar by night, Kaschk brings more than a touch of cozy to the monolithic black L40 building that looms over Rosa-Luxemburg Platz. The Norwegian-owned spot offers fine filter coffee and espresso drinks from 2.50 euros ($3) made with bean selections from Norway, Sweden and Berlin’s own Bonanza, as well as more than 60 beers, with a revolving dozen on tap.

Denmark’s Mikkeller, Scotland’s BrewDog and Berlin’s Heidenpeters are among the top global indie brewers represented, with prices starting at 3 euros ($3.70). Adventurous types might opt for a tasting board of four mini glasses for 8 euros ($9.80).

Food is limited to tasty cinnamon buns, croissants and sandwiches, but there’s more fun to come. A jaunt downstairs finds two gleaming wooden shuffleboard tables. Built for team spirit, this tabletop game is a bit like curling or air hockey, with sand filling in for air, to smooth the puck’s journey.

Sidney and Leila Kristiansen are the Canadian sibling duo bravely introducing French cider to a nation of beer-drinkers. Their new bar, Comptoir du Cidre, in a quiet corner of Prenzlauer Berg is diminutive but stylish, the perfect place to perch on a stool and sample some of the growing number of artisanal ciders offered (around 4 euros/$5 a glass), while enjoying some French homemade tapas on the side.

Sidney works with more than 20 small producers in Normandy to constantly update their range and Comptoir du Cidre launched its own cider label, Lulu de Mer, in December.

Lulu de Mer follows their now-famous 65-hour cider steak (8 euros/$10), which is such a sell-out at food markets in Germany and Copenhagen that it caused a temporary beef shortage in several German cities in August.

“The cider steak has taken on a life of its own,” Sidney said of the secret recipe invented by his sister. “At one point, we were selling 1,000 a day.”
Their new spot provides a cosy alternative to the hour-long queues of people waiting to try it at Berlin’s street food markets.