There’s a new house movement taking shape in Berlin, one all the more surprising in this city of proud individualists, given its communal bent. 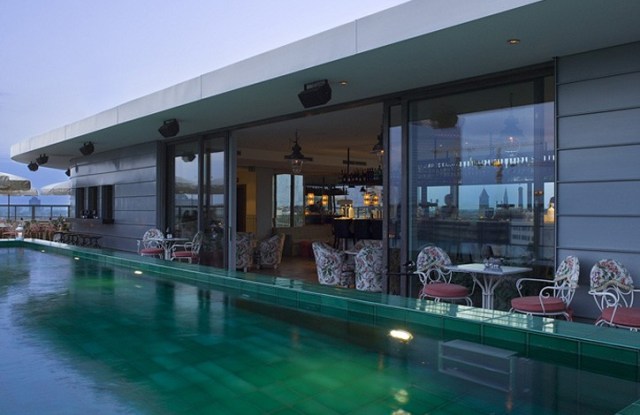 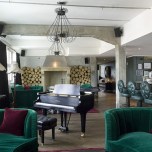 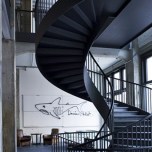 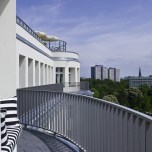 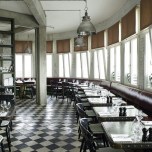 Berlin has long been known for its house squatters, house music, ballhauses (or dance halls), multigenerational houses, even houses of ill repute. But lately, there’s a new house movement taking shape, one all the more surprising in this city of proud individualists, given its communal bent. No, we’re not talking hippie or counterculture communes, but multifunctional working, meeting, networking, play and sometimes living spaces that have sprung up in the German capital.

Soho House in Mitte, Betahaus and IMA Village in Kreuzberg and still-houseless newcomers such as The Hub may have different vibes, aims and target groups, but they’re powered by the desire to create a sense of community among sympathetically minded individuals. Home to the digital bohème in a former industrial building in Kreuzberg, the one-year-old Betahaus’ 150 desk spaces are nearly filled throughout the week as a mix of freelancers, students, business start-ups and artists use the shared office facilities and Internet access, and enjoy the convivial atmosphere. Members can choose between a flexible daily desk space or fixed desk spots, including storage facilities and 24-hour access.

The bright, 7,500-square-foot, open-plan space also offers fully equipped meeting rooms for rent, “quiet rooms” for those who want to work in silence and an atelier space for designers behind the ground-floor cafe, which also hosts workshops on design and engineering. Weekly yoga classes, a monthly flea market and parties further encourage a sense of fellowship, as do the weekly “Betahaus breakfasts,” where about 25 people eat together, present their projects and discuss possible collaborations.

Founded by industrial designers Tonia Welter and Christoph Fahle, Betahaus is rolling out to Hamburg, Germany; Zurich, and Lisbon, and an additional floor will be taken in Berlin to meet growing demand. When it comes to living space, Betahaus visitors are often directed to nearby IMA Village. Run by two Israeli friends, the quiet red brick courtyard accommodates local businesses such as a dance school, carpentry workshop and clothing store on one side and furnished loft apartments and gallery spaces on the other. While not actively propagating “coworking,” IMA’s Eyal Burstein notes a merging of living and work interests. “People coming to Berlin, especially in artistic fields, want a place where they can both spend time and work,” he says.

The cavernous gallery spaces are rented out for parties, exhibits and creative parties, and the cosy IMA cafe dishes up a Middle Eastern-inspired menu. The Hub, a global network of meeting and work places for about 3,000 environmentally and socially active entrepreneurs “looking to create a better world,” hopes to find a permanent Berlin location this year. It has had temporary sites and also hosts Monday breakfasts at Betahaus. “The people and the networks are already there,” says Frauke Godat, Hub Berlin’s so-called host. “But it’s about connecting them and speeding up the social process.” Soho House Berlin, which opened May 10 in an imposing eight-floor, 860,000-square-foot landmark building in Mitte, has a more polished and playfully posh flair. There’s a spa in the basement; a chic pool, eatery and bar on the roof; a fully equipped gym with towel service; a 3-D screening room; 40 spacious bedrooms offering 24-hour room service, and the sprawling seventh-floor club area with a bar, dining room, the “snug” with comfy velvet sofas and fireplaces, the sitting room where one can also eat and drink and balconies running all around.

Contrary to local misconceptions, this is no Brit-style gents club for the rich and famous (though any number of the like already have been casually spotted). True, not everyone can join: Newcomers must be nominated by two existing members and then approved by the membership committee. However, membership fees, which are on the level of a normal gym and indeed include the fitness center, two film screenings a month and other activities, plus prices in the restaurants and bars, are moderate, even by Berlin’s famously low standards. “Any connection we have with Britain is that we’re a British company. But this is a club for Berliners, run by Berliners for Berliners,” says Soho House founder Nick Jones. “It’s about like-minded creative people enjoying the facilities and using the space to work [cell phones are permitted on the balcony only], chill out, meet up or just hang out.” “It’s a great mixture of people who’ve joined up,” he says of the new club’s estimated 1,000 members.

Soho House has always focused on people in creative fields and Berlin is no exception. “My goal is to reach out to Berlin’s broad range of creative industries, and to assemble a group that’s mixed in terms of age, interests and the way in which they live,” says Berlin membership manager Chris Glass. “What ties them together is the desire to create a community, but one that’s as diverse as possible.”