The Carter family is growing by not one, but two. 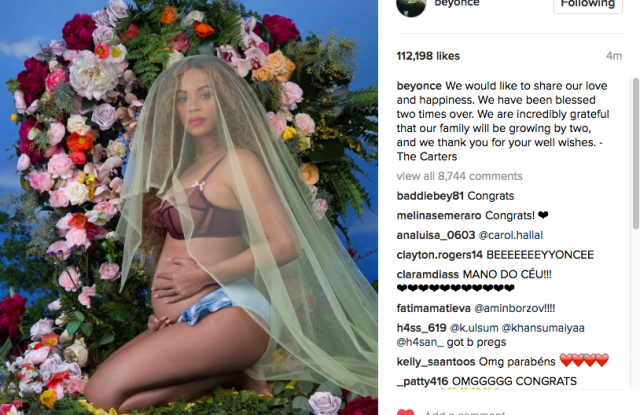 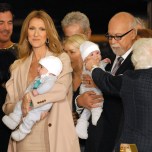 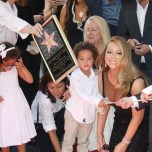 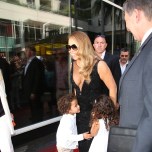 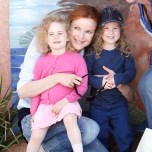 Beyoncé revealed this afternoon that she’s pregnant once again. The Carter family matriarch is expecting twins, which means that Blue Ivy will find herself a big sister two times over by the end of 2017.

The “Lemonade” songstress revealed the news on Instagram in what seems to have been a pre-styled photo shoot. In the photo, Beyoncé wears a maroon-colored bra and periwinkle underwear with a green veil covering her head and shoulders. She’s kneeling in what looks like a garden setup, holding her visibly pregnant stomach.

We would like to share our love and happiness. We have been blessed two times over. We are incredibly grateful that our family will be growing by two, and we thank you for your well wishes. – The Carters

“We would like to share our love and happiness,” Beyoncé wrote in the caption. “We have been blessed two times over. We are incredibly grateful that our family will be growing by two, and we thank you for your well wishes.”

Well wishes have already poured into Twitter, with fans praising the singer.

Me: I just don't know if NOW is the right time to bring a child into the world!
Beyoncé: Ugh, move over, I'll bring two pic.twitter.com/UH6uClB9WI

Beyoncé famously announced her first pregnancy (with Blue Ivy) when she performed her belt-heavy hit “Love on Top” at the 2011 MTV Video Music Awards. Without saying a word, she dropped the microphone, unbuttoned her purple sequin blazer and rubbed her stomach, signaling that she was, in fact, with child. An Instagram picture is not the same as a live television announcement, but any news from Beyoncé is sure to make headlines.

Beyoncé wrapped her 2016 Formation World Tour in October and performed at the Tidal x 10/15 concert that same month. Earlier today, videos showing new additions to her Ivy Park collection surfaced, featuring a new set of models including Yara Shahidi, Sophie Koella and Selah Marley. Her younger sister Solange helped Opening Ceremony ring in the Chinese New Year and celebrate its New York City Ballet collaboration over the weekend. You can read more about that here.