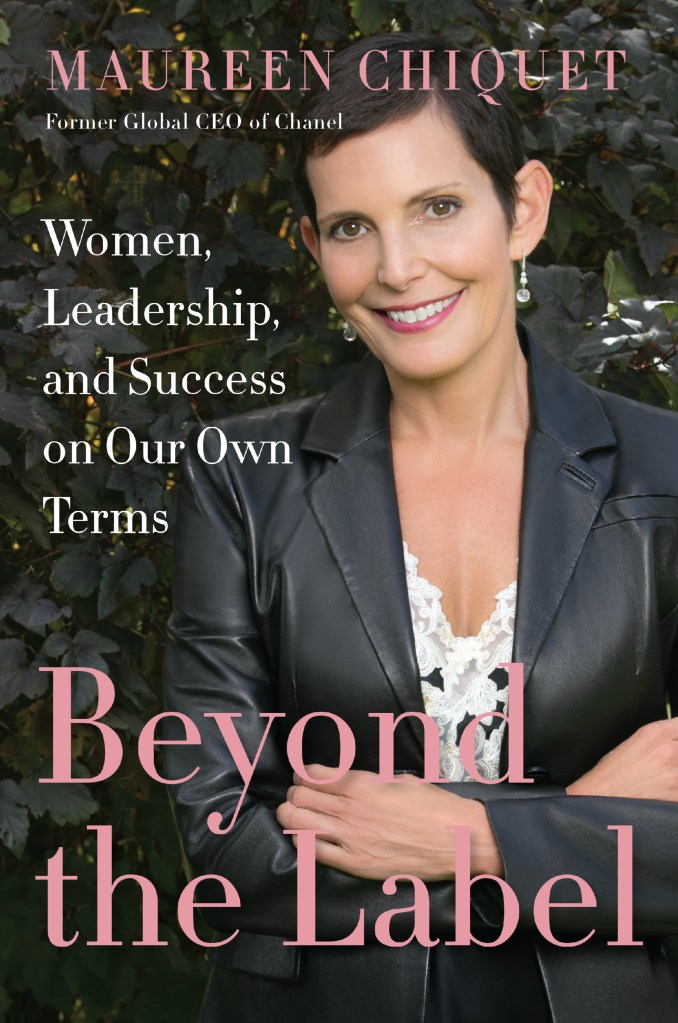 Embracing Paradox
Excerpted from “Beyond the Label” by Maureen Chiquet, reprinted with permission (HarperCollins)

I stood beneath the chandelier in Coco Chanel’s apartment, neck craned, eyes wide open, as I soaked in the radiance of the amethyst and amber rock crystals, slender teardrops and swollen pear shapes, that shimmered and twinkled above me. If you looked closely, my guide pointed out, you could spy the interlocking double Cs (just like Chanel’s logo), Gs, (for Gabrielle, Chanel’s birth name), and the number 5 (her lucky number and the name of her now-famous perfume) that had been braided into the wrought-iron branches of the fixture.

The guide tried to nudge me onward so we could visit the rest of the apartment’s wonders, but I couldn’t move. I was in awe. Every artifact I had seen, every anecdote I’d heard about this astonishing woman, was an object lesson in how originality, beauty, and style defy easy categorization and ready-made labels. Coco Chanel seemed to break every rule by combining seemingly opposite elements and by elegantly subverting convention to create something breathtakingly timeless and fresh. Even her ornately decorated apartment stood in stark contrast to her pared-down clothing designs. It was as if I were peeking into the soul of a true artist, a woman who refused to blindly accept the aesthetics of her time in order to invent her own. She represented everything I believed in and yearned to express.

A few days later, I watched as artisans in crisply ironed white coats delicately placed a nearly invisible film over the top of each No.5 perfume bottle and then tied black cotton cord around the neck. Each craftsman twirled the heated end of a wax stick around and around the dark thread in a perfect circle, then embossed it with double Cs. The process was repeated twice to ensure the best imprint of the tiny logo. Each and every bottle of this renowned fragrance was finished by hand to guarantee the utmost quality of its precious ingredients. It took exceptionally skilled workers to implement this intricate task, a technique called baudruchage dating back to the 17th century, which prevents air and water from diluting the purity of this iconic fragrance. Most companies had long abandoned the hand-sealing practice, but not Chanel. It preserved this time-honored tradition, a nod to the unique heritage of its creations.

Next I visited the distribution center, an enormous, nondescript bunker that had me convinced we’d arrived at the wrong address. High-tech robotics powered an assembly line of dollies stacked with cartons that whizzed by on gleaming silver tracks. Only a few humans were in sight amid the rows of floor-to-ceiling shelves piled high with boxes ready to ship. This, too, was Chanel, the very same company whose artisans embroidered intricate tweeds by hand, tailored each suit to the liking of each individual customer, and crafted one-of-a-kind pieces of jewelry. One foot in the future and one in the past, the House of Chanel was a study in contrasts.

At my first fashion show, in a 17th-century convent, I sat a few rows back, sandwiched between Chanel’s discreet owners and other employees, as otherworldly models in intricately woven tweeds with handmade, jeweled buttons dotting the slim-fitted jackets ambled through the arcaded courtyard. I loved the elegant slit sleeves of those jackets, the frayed edges of the skirts, which added a twist to Coco Chanel’s classic designs. Many of the models’ hands were slung in their pockets or rested on the top of their belts, giving the otherwise expensive collection a casual air. I marveled at the designer Karl Lagerfeld’s seriousness and playfulness. He had an innate sense of how to reinvent Coco’s design language with new shapes, materials, and trim. The possibilities seemed endless.

Back in New York, after a full year in Paris, I had begun to make myself comfortable in my new office. It was impossible to ignore the commanding views of Central Park, a riot of color this autumn, or to overlook the handles of the glass doors in the entry hall, shaped like the tops of the No.5 bottle. The large windows from my exquisitely decorated office made me feel as if I were actually living in a tableau vivant, floating with the drifting clouds. As I embarked on the next stage of my time at Chanel, I realized it would require me to hold tout et son contraire en même temps (“everything and its opposite at the same time”). That had been what Coco Chanel had done and what had made the brand an unparalleled success over the past century. Through my immersion in Chanel’s history, I’d come to appreciate why that sensibility was so vital to the company and how difficult it was to maintain. The question was how I would be able to contribute to that legacy, embracing the paradox at the heart of the house’s sustained success while also confronting pressing business challenges: one foot planted in the past, the other dipping its toe into the future.