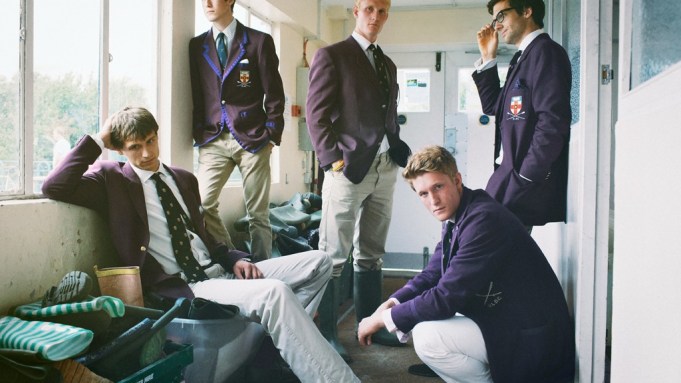 There is no article of clothing that can quite match the blazer in both pedigree and street cred. The now-ubiquitous dark blue blazer is inexorably British but has become a steadfast icon of American style. The blazer is both ineffably cool and deeply traditional.

Like victory at Waterloo, classic American and British style was born on the proverbial playing-fields of England — or, in this case, the rivers. For the blazer, that staple of 21st century menswear, has its origins in the rowing kit of the great British schools and universities, where the very first blazers were created in bold colors for college boat clubs.

As early as 1805, when rowing was still a leisure activity rather than a competitive sport at Oxford, informal boating clubs with their own colors and uniform codes of dress began to develop in earnest. By the 1820s, the sport had come into its own at both Oxford and Cambridge. Each of the many colleges within the two universities had its own boat club, and these clubs competed against each other in bumping races (this special racing format, still used at Oxford and Cambridge, requires crews to start in single file with each crew attempting to crash or “bump” into the crew ahead). It was in this period, and at these clubs, that the first flannel “rowing jackets” or “boating coats” appeared.

These coats served a practical purpose, of course, keeping oarsmen warm during chilly training sessions on the River Cam and on the Isis in Oxford. But even in this formative period, rowers seem to have developed a peculiar attachment to their jackets, not only wearing them in the boats but incorporating them into their daily dress on terra firma as well.

Many of these early boating jackets were brightly colored and bound with ribbon in contrasting colors. Some were embroidered with insignia derived from collegiate heraldry and studded with brilliant, bespoke club buttons. These details and colors were code that revealed the college, club and particular crew with which a rower was affiliated.

It was one of these brightly colored designs that introduced the word blazer into the English vocabulary: the vivid scarlet boating coats of Lady Margaret Boat Club at St. John’s College, Cambridge, were nicknamed “blazers” on account of their “blazing red” hue. By the 1880s, the word had traveled beyond Cambridge to the other major rowing universities, Oxford and Durham, where increasingly loud and colorful jackets were already popular among student rowers. From there, the term “blazer” entered the mainstream lexicon but gradually lost its specific association with the sport of rowing; it even became possible to speak of “cricket blazers” and “rugby blazers.”

Excerpt from “Rowing Blazers” by Jack Carlson and reprinted by permission of Vendome Press.