The restaurant has become a new front line in the city's gentrification battle. 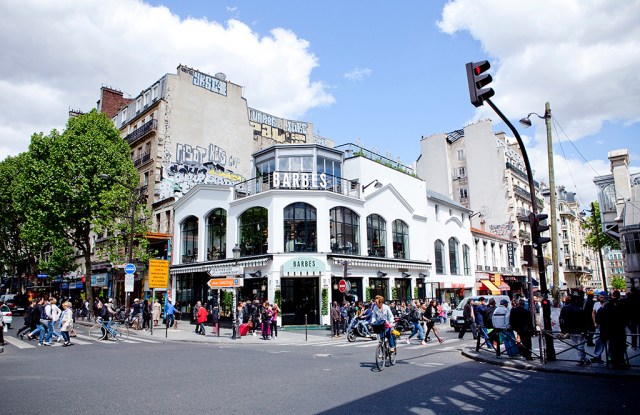 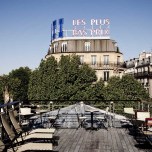 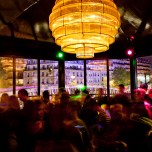 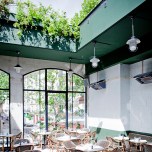 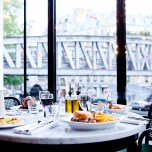 What do Alexandre Mattiussi, Caroline de Maigret and Pedro Winter have in common? They’re among those flocking to the new Paris eatery and lounge Brasserie Barbès. And they’re not the only fans.

Gildas Loaëc, cofounder of the Maison Kitsuné label calls it the “best new spot in the hood” on Instagram, where he posted an image of the rooftop with its reclining lounge chairs and views of the famous Tati store and the elevated subway.

Set in the heart of the multiethnic, cross-cultural neighborhood, the restaurant has also become a new front line in the city’s gentrification battle. First, the seedy Pigalle area got spiffed up. And some fear the new brasserie is sending Barbès on a fast track to Brooklyn hipster status.

For now, though, “the energy of Barbès is still intact,” according to Mattiussi. The trendy designer behind the Ami label has been a resident of the area for the last 10 years. “There’s a strong feeling of Paris in the old days, of a cosmopolitan city. I like this neighborhood because of its human warmth. I grew up in the countryside. It reminds me of it.”

The brasserie, which opened in April, spans a restaurant, lounge, dance floor and terrace, and they’re all decorated with lush plants, ceiling fans and retro chairs.

The first sign that the neighborhood was changing came in 2013 with the reopening of the Louxor, an independent theater with ambitious programming and lavish decor. The neighborhood, with a funding boost from the City of Light, has also become home to incubators and ateliers of designers such as Sakina M’Sa and Lamine Kouyaté, who’s behind the label Xuly Bët. The Rue des Gardes was dubbed “Rue de la Mode,” following an initiative of the Fédération Française du Prêt à Porter Féminin, or French Federation of Women’s Ready-to-Wear, and the 18th arrondissement of Paris.

Last year, M’sa created a capsule collection festooned with slogans such as “Barbès mon Amour” and “Goutte d’Or J’adore” that was sold at the pop-up shop at the BHV Marais department store. The ateliers and pop-ups are perfectly in keeping with the neighborhood’s rich artistic and fashion history, say those who see more opportunity than threat from the influx of creative energy.

“There’s a lasting dialogue between designers and Barbès,” explained Emmanuelle Lallement, an associate professor at the graduate school of the University of Paris Sorbonne CELSA and a longtime student of the neighborhood. That mix dates back years.

For instance, in 1984 Jean Paul Gaultier’s fall collection was inspired by Barbès and featured African prints and dresses with conical breasts. At the time, WWD wrote: “‘Everything now is a métissage,’ [Gaultier] says using the French word that refers to cross-breeding. ‘A type of melting pot where everything is united and blended.'”

Then, in 1991, Azzedine Alaïa teamed up with Tati, a Barbès institution of fast fashion, to pioneer capsule collections. Even Marc Jacobs had his take on Tati’s signature checked pattern.

Fast forward to today and young designers keep coming back again and again for its taste of Barbès inspiration. Pharrell Williams was inspired by a trip to the Marché Saint Pierre, a fabrics market in use since the Twenties, for his collaboration with Adidas Originals. It resulted this spring in floral unisex jackets as well as Stan Smith shoes. Vincent Darré, the fashion and interior designer, recently shopped for fabrics at the famous market for the costumes and décor he created for the upcoming “La Traviata” opera that will be performed in seven French historic landmarks over the summer.

He succinctly sums up the buzz surrounding this once forgotten corner of Paris: “J’adore Barbès!”