The exhibition is a collaboration with the Triennale di Milano, where it made its debut in 2019 before traveling Stateside.

MoMA’s new exhibition “Broken Nature” is a starting place. For first-time visitors, curator Paola Antonelli anticipates that the show, which highlights restorative design, will inspire people to begin reconsidering their relationship to the environment. But when the exhibition opened at the Triennale di Milano in 2019, “Broken Nature” also served as a meeting location for kids participating in Fridays for the Future, the global climate change strike movement started by Greta Thunberg.

“[The students] would meet at ‘Broken Nature’ and start their protests from there,” says Antonelli. “The best compliments that I [received] was that the exhibition was moving. As a curator of contemporary design that wants to deliver a message of hope for the future, that’s the best that I can hope for.”

Following its debut in Milan, Antonelli and her curatorial team brought “Broken Nature” Stateside to MoMA’s street-level gallery, publicly accessible without paid entry to the museum. The MoMA exhibition is a more condensed version of what was shown in Milan, featuring 45 of the original 100-plus works, and video displays of items that were physically unable to travel but were essential for the narrative. The resulting exhibition includes works by Mustafa Ali Faruki, Aki Inomata, Alex Goad, Julia Lohmann, Christien Meindertsma and Studio Swine, all which showcase design’s reparative potential.

The show presents visitors with examples of environmental change — a street-facing digital screen displays NASA satellite images taken several years apart, evidence of how quickly dramatic change can occur — and restorative design solutions, like using 3-D printing to repair natural systems including coral reefs and sand bars in the Maldives. There are also everyday design objects constructed from sustainable and recycled materials on display, including plates made with food waste and Japanese lacquer, and cups constructed from seaweed and algae, a byproduct of pollution that can be turned into bioplastics and then 3-D printed. “It’s about giving back to the local culture by using trash as a new material,” says Antonelli. The exhibition concludes on visions for a path forward; choices rooted in empathy and respect — for other humans, species and the earth. 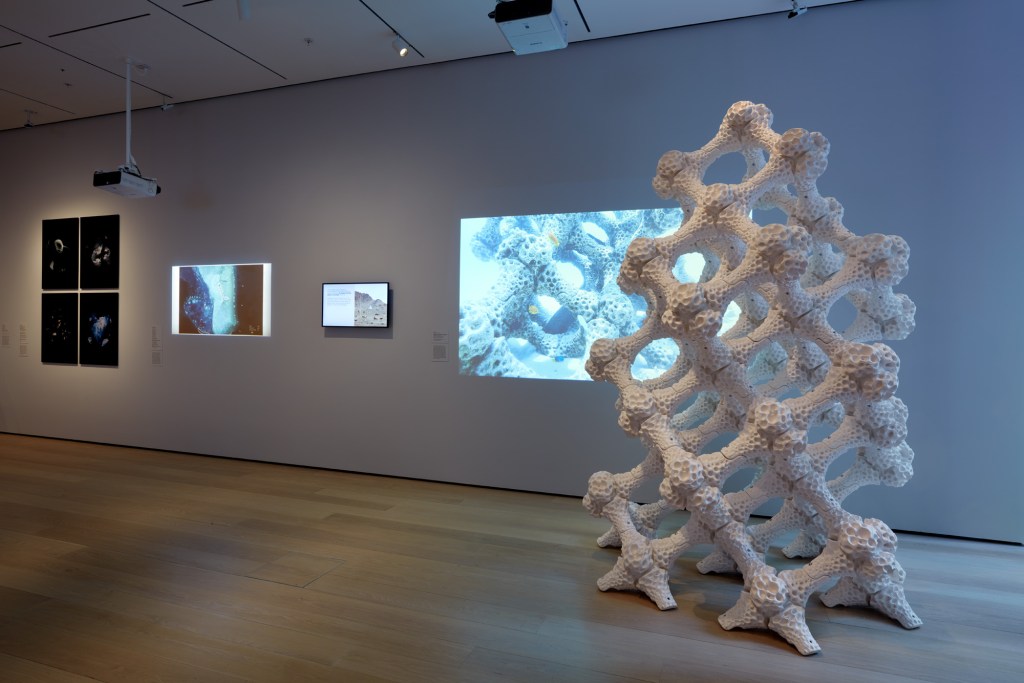 A view of the installation “Broken Nature” at the MoMA, running until Aug. 15. © 2020 The Museum of Modern Art. Photo: Robert Gerhardt  Courtesy of Robert Gerhardt 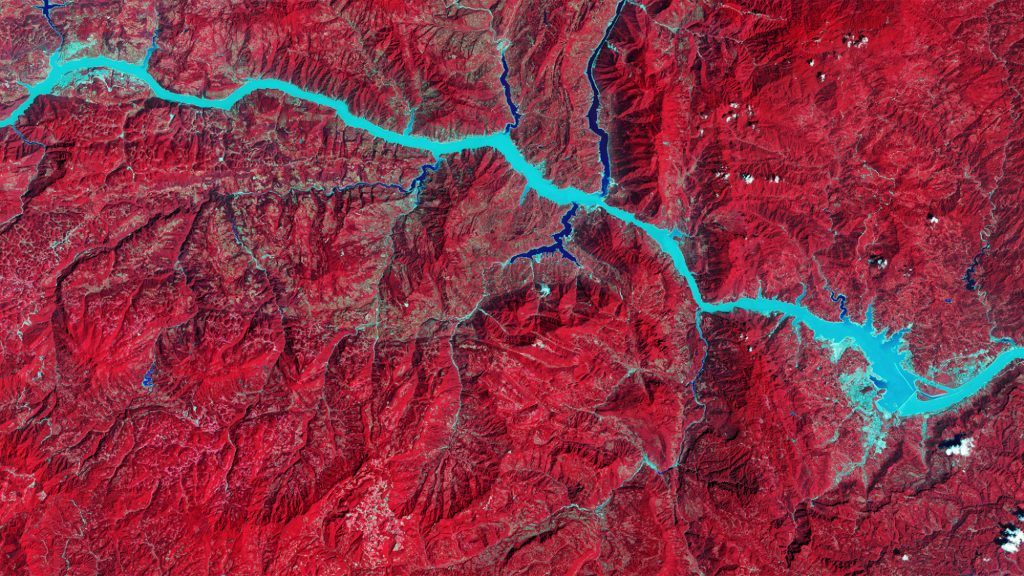 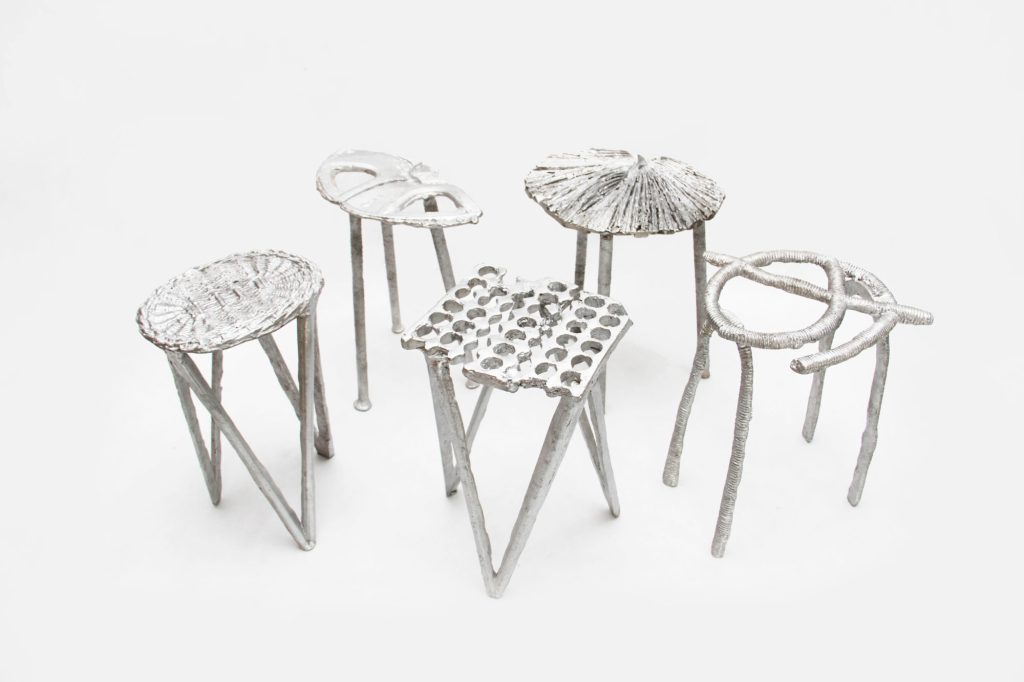 The exhibition underscores the collective power of citizens to influence corporations. Antonelli compares individual choice to Trim Tabs, small panels on the bottom of boats that help keep the larger entity on the correct course. “We have a lot of power — not individually, perhaps, but if we all move in one direction we can do something,” she says, adding that the best solutions take entire systems into consideration. “So knee-jerk reactions might be the wrong way to go, no matter how well intentioned they may be,” she adds, using the Rana Plaza disaster in 2013 as an example. “It’s better to put pressure on the corporations, so they can put pressure on the government and legislatures to have more protection for the workers.”

The show’s title speaks to the inherent interconnectedness between humans and nature. “’Broken’ was about the threads that connect us to nature — some stronger almost like umbilical cords, others more tenuous — that we have either severed irreplaceably or frayed along the centuries and decades. It was about recuperating these threads and restoring them.”

Antonelli references Aki Inomata’s video “Think Evolution #1: Kiku-ishi (Ammonite),” in which the artist placed an octopus in a tank with a resin-cast of an ammonite shell. Upon encountering the cast of its distant relative, the octopus quickly recognized the form as home and tucked itself inside the interior spiral.

“There’s such hope in that particular piece. There’s a millennia between a creature today and her ancestors, and there’s an instinctive tie that has resisted time and that is stronger than anything else,” she says. “If we’re talking about repairing relationships and repairing threads, that is such a hopeful example.”

The exhibition will run through summer 2021. 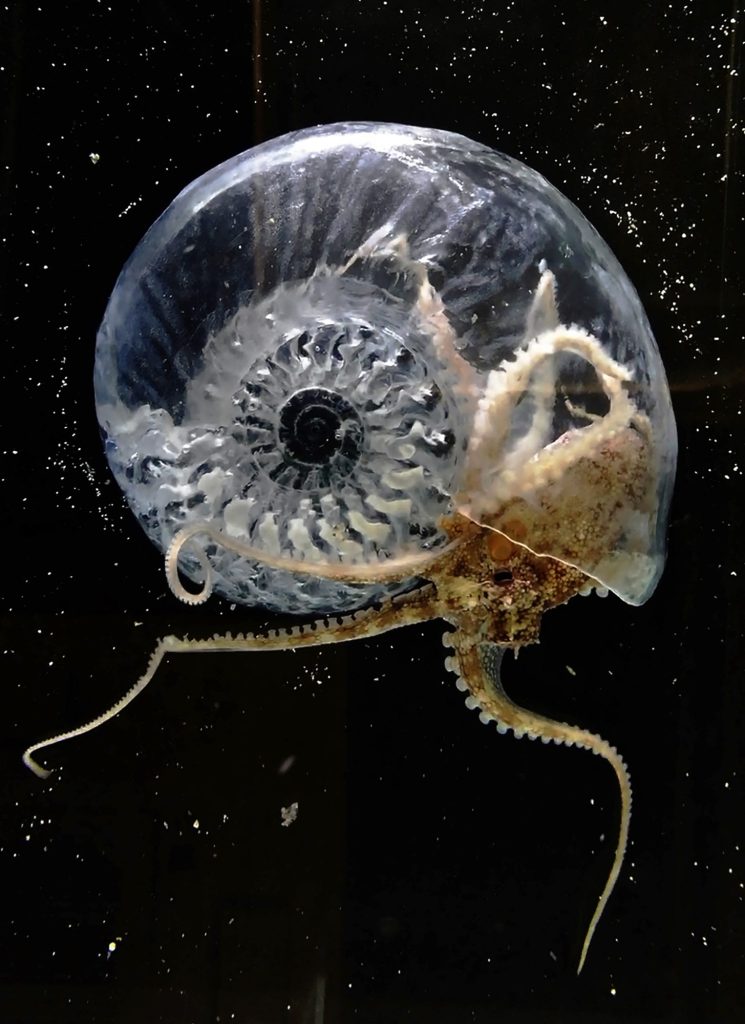