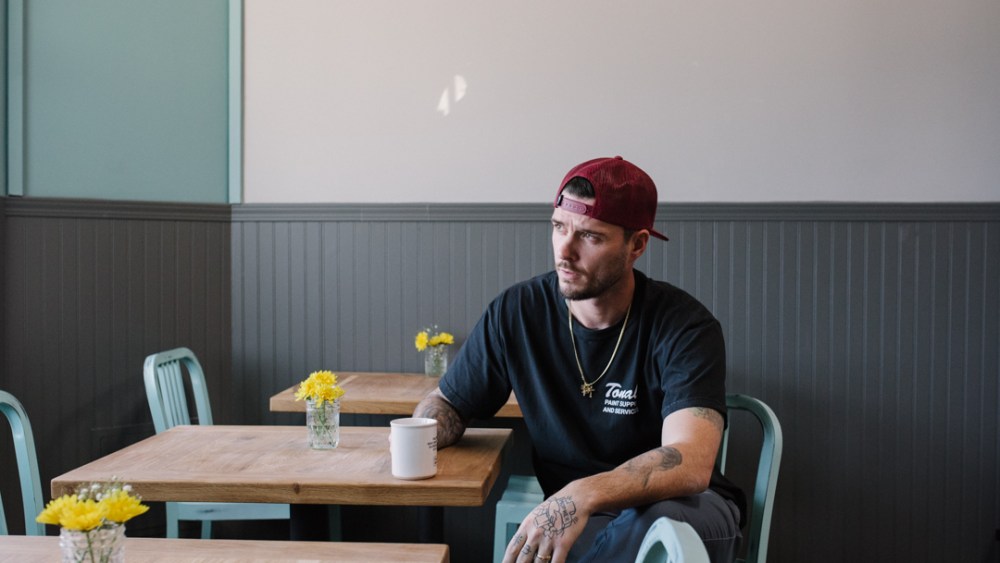 Brooklyn-based restaurateur John Seymour — whose two Sweet Chick eateries are a favorite of celebrities such as Scarlett Johansson, Zac Efron, Zendaya and Michael Strahan – is planting some Los Angeles roots.

A West Coast outpost, located on streetwear and dining thoroughfare Fairfax Avenue, will open on April 21, bringing the upscale chicken and waffles experience to carb-loving foodies of L.A. (Believe it or not, there are some Angelenos who eat carbs.)

Set in a nearly 2,500-square-foot space with soaring exposed beam ceilings, the third Sweet Chick will feature its signature classic comfort dishes in the 65-seat dining room and a high-end, full-service bar where beverage director Anthony Sferra, who relocated to L.A., will create some new California-flavored drinks.

“In New York, the spaces are usually cramped, so when I came in here I was, like, ‘Wow, this is a warehouse space.’ But I wanted it to feel a little more intimate because the community vibe is super important,” said Seymour, whose tattooed arms have been featured on “NY Ink” and whose backward baseball cap and long shorts look right at home among the neighborhood’s many skate and sneaker shops.

He did utilize the square footage to one important end. “Finally, we were able to build a booth that separates the bar. In New York, somebody’s ass — for lack of a better word — would be on top of you, so here there is a better flow.”

The black matte leather banquettes and clean farm-white wainscoting are in keeping with the Brooklyn and Lower East Side decor — a Prospect Park location is coming soon. And the music will skew hip-hop — rapper Nas is his business partner — but there will be an L.A. touch: The neon sign above the bar is an Ice Cube quote — “Today was a good day.”

While comparisons will be made to L.A. OG restaurant Roscoe’s, Seymour says, “I don’t feel like we’re in a competition. You may see me eating there late night, too.” He also frequents Jon & Vinny’s and Golden State on the block for lunch.

He chose the location because on his many visits to L.A over the years, “I always ended up on Fairfax at some point. It’s a block you can spend a couple of hours on, and as a New Yorker, I like to walk. In L.A., if you walk too far you look like a crackhead but not here.”

The city is also rubbing off on him. “I think about moving here. I’ve definitely been eating a lot of tacos and burritos so you may see some new things on the menu.”