By Chloe Opens in the West Village

Opening tomorrow, By Chloe is the collaborative brainchild of vegan chef Chloe Coscarelli and Samantha Wasser of ESquared Hospitality. 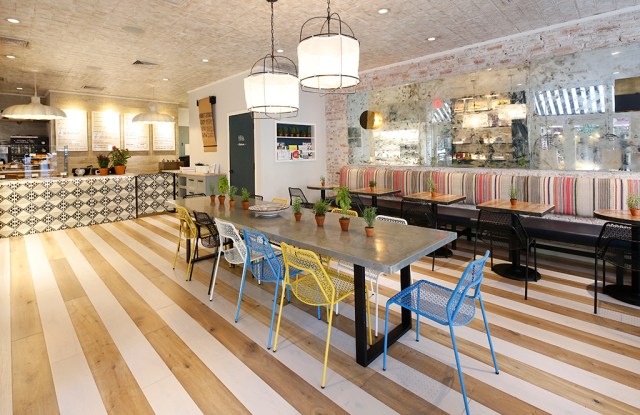 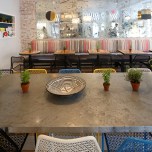 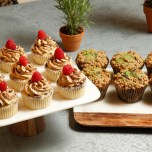 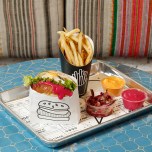 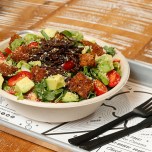 The West Village has a new cheerleader for veganism. Opening tomorrow, By Chloe is the collaborative brainchild of vegan chef Chloe Coscarelli and Samantha Wasser of ESquared Hospitality (The Wayfarer, Horchata de Nueva York, BLT Steak).

“I had so many people come to me and be like, ‘Oh, I could be vegan if you cooked for me everyday,'” says Coscarelli, perched on one of the banquettes in the space occupying a quiet stretch of Bleecker Street. “So I was like, well, how could I cook for everyone everyday?”

The effervescent 27-year-old chef and over-decade-long vegan has already carved herself a corner in the vegan market — she has five vegan cookbooks, a sizable, avid vegan social media following, and was the first vegan chef to win Food Network’s “Cupcake Wars” show, during the height of the culinary world’s cupcake fascination. Now she’s entering the New York dining scene as plant-based eating continues to gain steam from celebrity bumps (Jay Z and Beyonce are the latest champions) and a general trend among health-conscious eaters towards decreased meat consumption.

“It’s really my mission to show people that vegan food is not just for people who label themselves as a vegan,” Coscarelli continues to explain. “We want to welcome everyone.”

While Coscarelli handled the menu — a range of everything from salads to burgers to pastries — she enlisted Wasser to help her with branding and crafting the physical space.

“People are becoming more aware of what veganism is,” says Wasser. “It’s definitely a good time to go into the market. People are learning more about the different types of plant-based eating and cutting out meat here and there.” The Bleecker Street location also has a built-in customer base — it’s located a few blocks from the heart of NYU, a convenience that Wasser acknowledges. “Vegan lifestyle is really getting popular among the Millennials,” she notes.

By Chloe is ESquared Hospitality’s first fast-casual concept, but Wasser approached the decor as she would a more upscale project. “We wanted to make it feel like you could be anywhere in this space,” she explains. “When you’re in here, it’s sort of an oasis.” The space features two hanging wicker cocoon chairs, tables made from reclaimed wood and turquoise tiles. The branding is upbeat and colorful, with Millennial-targeted puns such as “Kale me maybe?” emblazoned on the menus.

Above all, Coscarelli is hoping to break through people’s stereotypes of plant-based cuisine. If By Chloe is successful, she hopes to expand the project to more locations. “We really don’t see this as a trend,” Coscarelli stresses. “It’s a lifestyle that’s here to stay.”