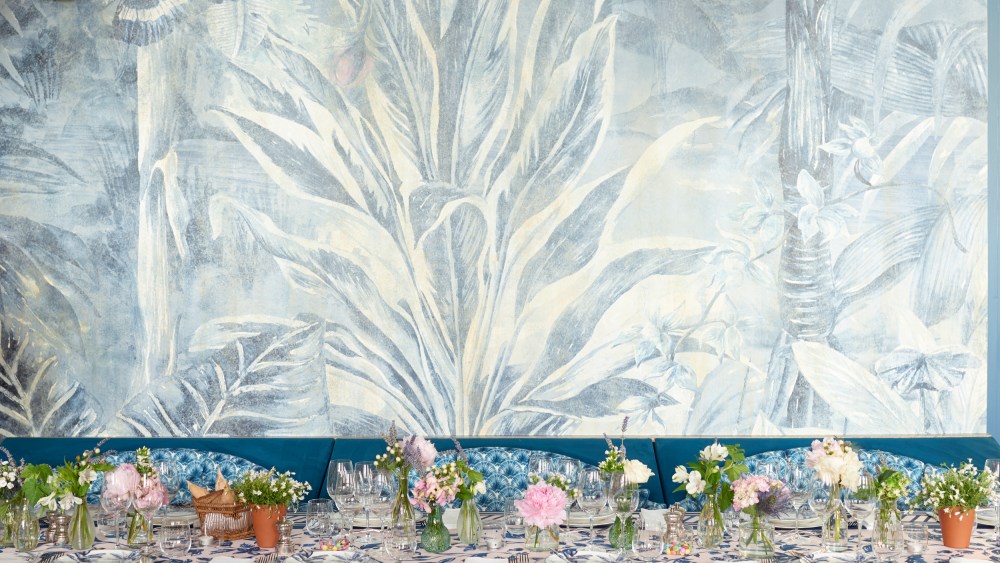 PARIS — French hospitality firm Moma Group has taken the first step toward the launch of an international chain of upscale coffee shops with the opening of Café Lapérouse inside the recently renovated Hôtel de la Marine in Paris.

The project is backed by Antoine Arnault, head of communications and image at luxury conglomerate LVMH Môët Hennessy Louis Vuitton and chief executive officer of Berluti, who joined as an investor when the original Lapérouse restaurant, founded in 1766, was renovated in 2019. Branching out was always part of the plan.

With two sheltered terraces off the Place de la Concorde, the first spin-off destination of the restaurant is a new type of offering for Paris, with a lush interior designed by Cordelia de Castellane, artistic director of Dior Maison, and a menu that ranges in price from a 12-euro avocado toast to a boiled egg with caviar priced at 45 euros.

“It’s something that doesn’t exist. It’s not a traditional restaurant. It’s a hip and sophisticated coffee shop, with very high-quality food, décor and tableware,” said Benjamin Patou, CEO of Moma Group. “It’s like going to a café in Los Angeles. You go for a matcha latte or a vegetarian salad, but this type of setting is new.”

Due to delays caused by the coronavirus pandemic, the Paris outpost has opened at the same time as a branch in Saint-Tropez on the French Riviera. Up next is a corner at the Printemps flagship in Paris next month, to be followed by locations in New York City, London, Singapore and Miami.

“The idea is not to go for volume. The idea is to go for value and quality,” said Patou, adding that the first international Café Lapérouse could bow within 12 months. “We want to open in iconic locations that will accentuate the magical aura of the brand.”

When the executive visited the Hôtel de la Marine, he was struck by a portrait of 18th-century French navigator Jean-François de La Pérouse, who was lost at sea while exploring the Pacific under the rule of King Louis XVI. Though unrelated to the founder of the restaurant, the naval officer ended up inspiring the project.

“It suddenly clicked in my mind. It felt obvious that the first Café Lapérouse should be in the Hôtel de la Marine, this magical, prestigious and somewhat mysterious place — because for 250 years, everyone walked past it, but nobody was allowed inside,” Patou told WWD.

After serving for two centuries as the headquarters for the French navy, the building recently reopened as a museum after a four-year renovation. The sprawling, column-lined complex will also house the Foundation for the Memory of Slavery, the Al Thani Collection, a gift shop and offices.

Moma Group plans to open a second restaurant on site called Mimosa and headed by award-winning chef Jean-François Piège, in addition to a fine foods store, which will sell bottles from Lapérouse’s wine cellar and luxury items like foie gras, truffles and caviar. There will also be a separate chocolate and ice cream parlor.

Though de Castellane already had a hand in sprucing up the historic Lapérouse restaurant, she said it was her first time designing a restaurant from scratch. “It’s an exception,” she said, explaining that she took on the side project at Arnault’s request. “I thought it was a fun challenge.”

For the décor, she combined elements of the original restaurant, famed for its boudoir-like reception rooms frequented by artists, socialites and courtesans, and a seafaring spirit with touches of exotica, like the bar entirely adorned with shells in the wood-paneled Salon Orient.

Decked out in shades of pink, coral and deep red, it’s clad with panels of mahogany wood and cordoba leather. Vintage Baccarat chandeliers and backgammon tables add to the 18th-century atmosphere.

“I imagined it like a journey from a Parisian salon, or the interior of a boat, to the deck of the boat. You have Paris, and then you have the exoticism of the journey,” said de Castellane.

De Castellane designed all the floral fabrics for the interiors, as well as the tableware and the packaging for the takeaway products. “When I take on a project, I’m interested not just in the interior design — it’s a 360-degree approach,” she explained.

Next up for the designer is the release of her coffee-table book, “Life in a French Country House: Entertaining for All Seasons,” due to be published by Rizzoli this fall. She hinted she will also have a hand in the design of the future restaurant at the renovated Dior headquarters on Avenue Montaigne, to be run by chef Jean Imbert.

Meanwhile, Moma just tightened its links with LVMH, partnering with the group on the opening of a Cipriani restaurant in Saint-Tropez. It’s one of 11 openings this summer, alongside Forest with chef Julien Sebbag at the Paris Museum of Modern Art, and Ma Cocotte at the Saint-Ouen flea market with Juan Arbelaez’s group Eleni.

Patou said the large number of simultaneous openings was due to the seven-month closure of restaurants, as part of government efforts to curb the spread of COVID-19. Café Lapérouse was initially slated to open in July 2020, for example.

“Things were 100 percent disrupted. It’s been a total shambles,” he said of the challenges of the last year. “It’s like the movies: everything is coming out at once.”