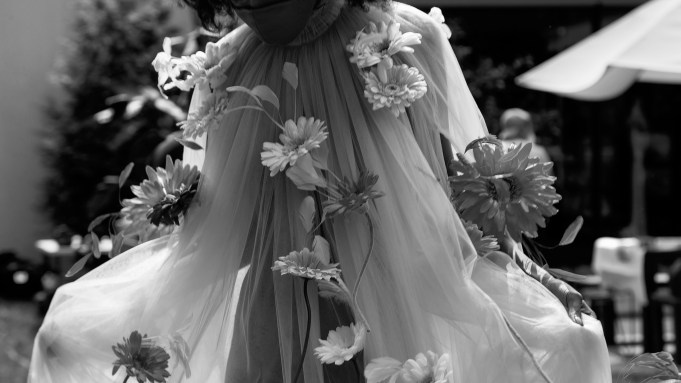 If time and space are luxuries, then New York Fashion Week was more luxurious than it’s ever been.

Being able to thoughtfully document Marina Moscone as she carefully and precisely trimmed the fringe on one of the pieces in her stunningly artful collection — without having to simultaneously field a text from my card runner that they’re waiting outside, whilst being elbowed from all directions by photographers changing lenses because we’re crammed together in a ludicrously small pit, and realizing that I have to be somewhere else in 10 minutes that’s at least 20 minutes away — was a breath of fresh [mask-filtered] air, to say the least.

Cut to 45-minute Uber ride to Bed-Stuy in Brooklyn to shoot a story on the exceedingly inspired new addition to the CFDA calendar, Theophilio, something that would have been unfathomable during the NYFW that I’m used to, no matter how warranted or desirable. I have a memory of walking through a glinting, multicolored beaded curtain upon arrival, but honestly I might have made that up due to the completely magical and totally unscripted full-blown shoot that ensued afterward, fusing designer Edvin Thompson’s otherworldly visions with our own, and also allowing enough time between looks to discuss with my colleagues how the yellow- and blue-hued parakeets chatting in a nearby cage were definitely gossiping about something major. At one point they had a disagreement, but had for sure made up by the time we wrapped.

Another day, I marveled at the elegance with which Ryuhei Oomaru, designer of Overcoat, tied the strings of a hoodie I was photographing on a model, and found this simple moment to be more intoxicating than any themed welcome drink at some over-the-top, highly produced fashion week after party I’d ever consumed.

I’d take the zippy one-hour drive to Christian Siriano’s house in Westport to shoot a preview of his fun, fairytale collection over the one hour or more of waiting outside a show venue in Manhattan while p.r. tries to find my name on their iPad but can’t so have to page their colleague on the other side of the venue for confirmation, only to finally reach point B and be denied by an unreasonably mean security guard because I was given the wrong color sticker on my lanyard to shoot first-looks and so have to go back to the entrance and start all over again, any day. Any. Day.