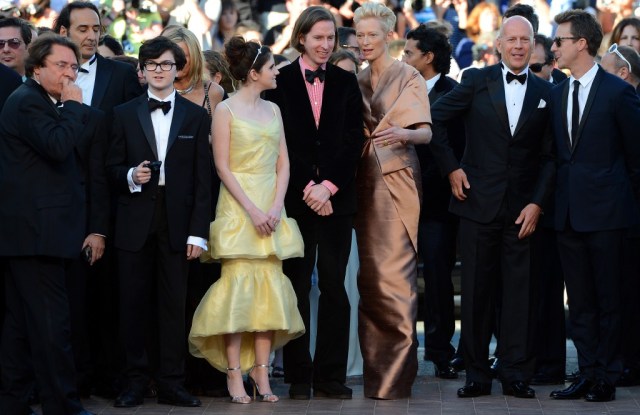 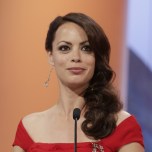 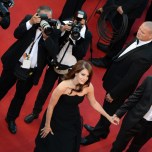 CANNES, France — The 65th edition of the Cannes Film Festival kicked off in spectacular fashion with a teenage romance, stunning gowns and a live performance from Beth Ditto.

The film’s two young stars, Kara Hayward and Jared Gilman, appeared relaxed as they walked the red carpet flanked by other members of the cast, including Bruce Willis, Edward Norton and Jason Schwartzman. Hayward, 13, wore a yellow dress and jeweled headband by Louis Vuitton, while her co-star Tilda Swinton sported a champagne satin gown designed by her close friend Haider Ackermann, who accompanied her to the ceremony. Anderson regular Bill Murray was in exuberant form, leading his cast mates in blowing kisses to the crowd from the top of the red-carpeted steps of the Palais des Festivals.

A year after the premiere of the black-and-white silent movie “The Artist,” Franco-Argentine actress Bérénice Bejo was back at Cannes, this time as mistress of ceremonies. She swept onstage in a lipstick red Vuitton gown accessorized with Chopard jewels, including an oversized 18-carat white gold earring set with diamonds, worn as a brooch. “I would like to take advantage of this moment to thank the Cannes festival, where everything began for me and for the film,” a breathless Bejo said.

The ceremony included several tributes to Marilyn Monroe, who features on the festival’s official poster, 50 years after her death. Czech model Eva Herzigova wore a Marilyn Monroe Tribute Set from Chopard’s Red Carpet collection, including a spectacular necklace set with more than 200 carats of diamonds.

During the opening ceremony, a large screen displayed images of Monroe as Ditto and her band Gossip performed an up-tempo cover of Elton John’s “Candle in the Wind,” which had jury member Jean Paul Gaultier — decked out in a floor-length trouser-skirt — tapping his feet in rhythm.

Guests rounded off the evening with a feast prepared by Michelin-starred chefs Bruno Oger and Rasmus Kofoed, washing down 44 pounds of scallops, 26 pounds of truffles and 100 pounds of smoked salmon with gallons of Champagne.