SHANGHAI — If there is a signature to Ce La Vi, the sleek restaurant-bar concept, it is the show-stopping vistas it claims in its fast-growing network of nightlife venues, and its latest opening along the Shanghai Bund has no shortage of views.

Occupying the second highest floor at the House of Roosevelt, a neo-Renaissance heritage site first built in 1922 and which served as the former headquarters of the trading house Jardine Matheson Group, the 800-square-meter venue offers a modern Asian fusion restaurant helmed by chef Oscar Toro, an expansive terrace bar and club that directly views the Pudong skyline.

“The idea between Ce La Vi is you get to experience all the senses,” said Mark Bedingham, executive chairman of Ce La Vi and Crystal Jade, ahead of the venue’s opening party. “We’re not a restaurant group per se. We’re not a bar club group per se.”

First born under the name Ku De Ta in Singapore, Ce La Vi took on investment from L Catterton in 2014 and the fund has been working to leverage the buzz of its original location atop the Marina Bay Sands, transforming it into a global concept. So far, Ce La Vi has planted itself in Hong Kong, Colombo, Kuala Lumpur and Taipei. Dubai and Tokyo are to launch by end of the year and Chongqing early next year.

“Basically we’ve almost been a single venue location,” Bedingham said. “My role as chairman has been to take it from a Singapore concept with a Hong Kong outpost, and do things which are on the same scale of Singapore.”

Chongqing, in particular, will recall the original Singapore venue as it will be located at Raffles City, a mega-development also designed by Moshe Safdie in which the architect replicated his signature horizontally linked towers, most recognized at Singapore’s Marina Bay Sands complex.

Taipei, which launched in April, is located at the Nan Shan building on the 48th floor, making it the highest bar in the city. In Tokyo, the company was also able to snag a high-floor with an open terrace, which Bedingham described as rare, as historically, “Japanese building standards did not allow open terraces on high floors,” he said. “I’m told we’re one of the first.” 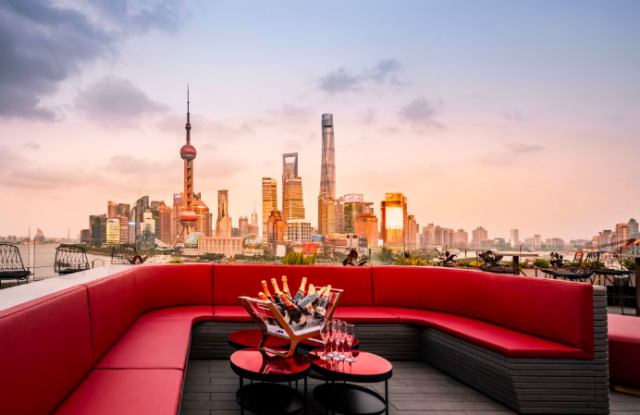 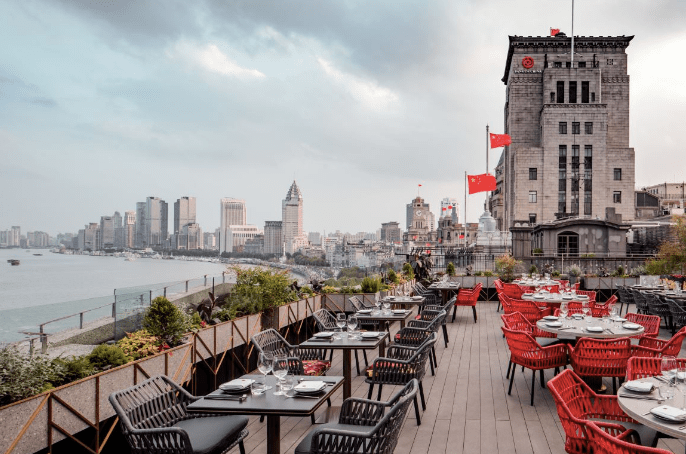 Straight after the Shanghai opening, Bedingham was scheduled to head to Las Vegas to field a meeting about potentially opening a location there. He’s had similar conversations in another gambling hub, Macau, while also eyeing Sydney although these were not on set timelines.

While declining to share revenue, Bedingham said, “By adding Dubai, Tokyo and Shanghai, we will have doubled the size of the business in two years.”

There have been setbacks. The group closed a venue in Bangkok and its Hong Kong location has not lived up to its full vision, constrained by the narrow size at California Tower in Lan Kwai Fong which forced it to split the restaurant, lounge and terrace on separate floors.

“If you look at Bangkok there was no restaurant and no lounge. What distinguishes it from any other club? There was no heart,” Bedingham said. “If you look at Hong Kong, it’s not a failure but it’s challenging when you execute on three different levels because you don’t get an integrated feeling, rather than three concepts on three different levels. That’s not something I would repeat.”

Asked if Ce La Vi had any plans to expand to Europe, Bedingham said the region was a bit more challenging to find the right kind of locations.

“It’s very difficult to get that whole expression,” Bedingham explained. “London has some locations but have executed them in their own way. They have Soho House. Does it work based on our experience in Asia as opposed to [the opportunity] going to Guangzhou or Beijing or Osaka?”

While nightlife is notoriously fickle, the LVMH Group veteran — Bedingham previously served as Moët Hennessy managing director for Asia-Pacific and on the board of travel retailer, DFS — shared the key to keeping things fresh is to innovate in one of two forms: either via the product or communication.

“In a hospitality venue, the ability to innovate is greater because clearly you’re in control of the product on a daily basis — so never lose that sense of innovation, I think.” 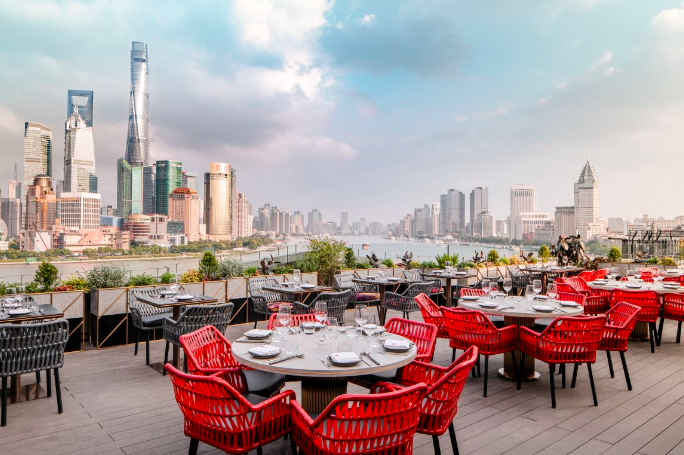 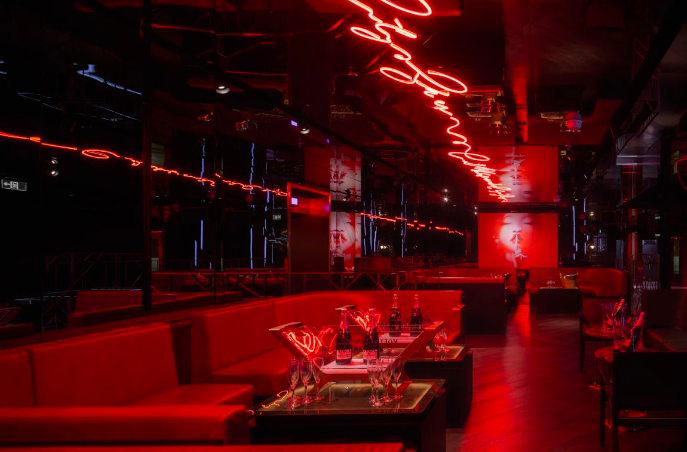 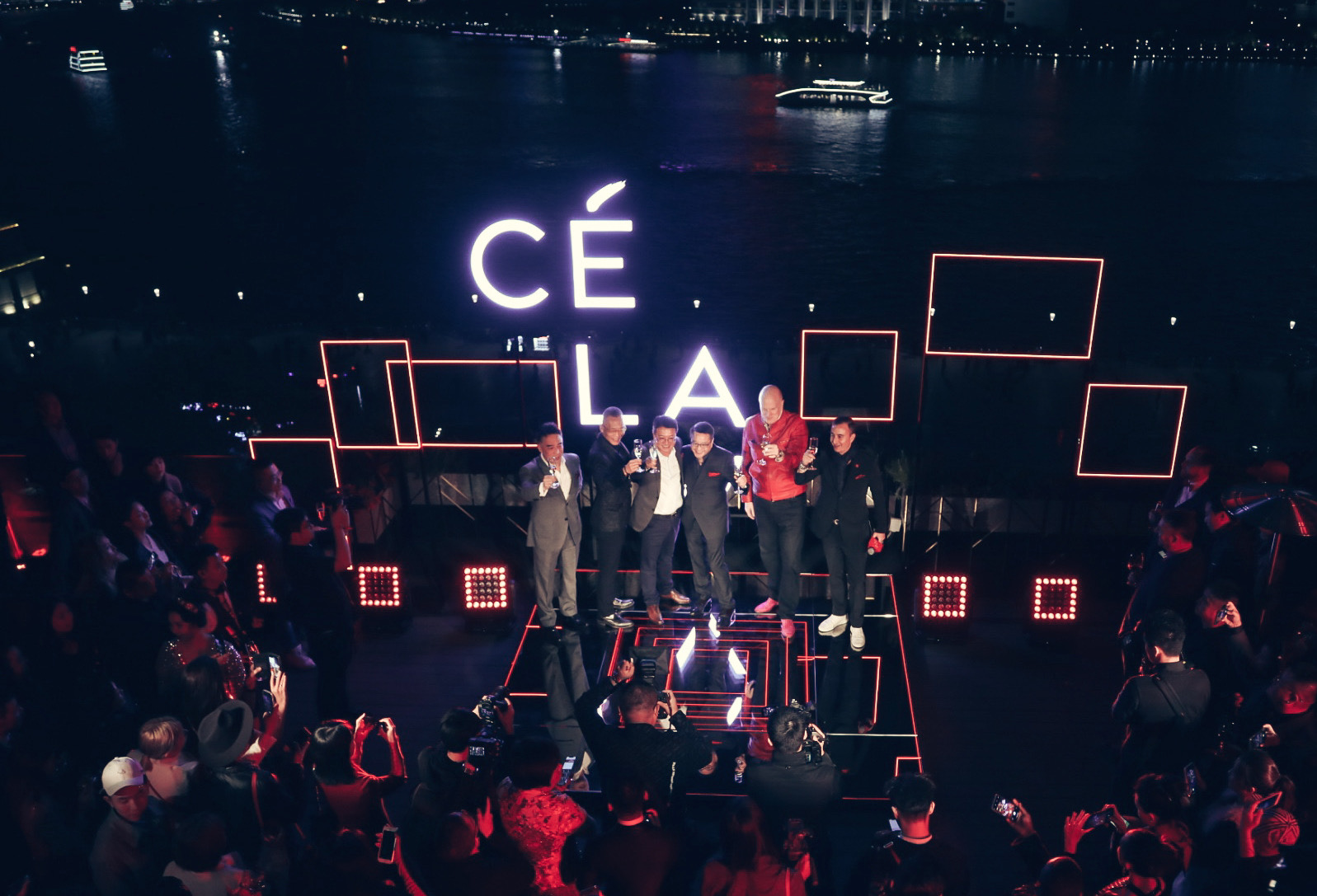