The founder of the global members club talks about his new Hong Kong club and why being "a warm bread roll" is better than being cool.

HONG KONG — September is proving to be quite the month for Soho House. On Monday night, the London-born members club concept flung open the doors here to its largest house worldwide, a 120,000-square-foot space in Sheung Wan by way of an entire tower with panoramic city views. Not long after, it will open its 25th house, in downtown Los Angeles, squaring nicely with the fact that Soho House is turning 25 this year, too.

The company is well known for taking the quintessential British members clubs — which back then had a reputation as stiff and serious, filled with three-piece suit wearing elderly gentlemen eating bad food — and showing people it could be something younger, more relaxed — and fun.

It’s a formula that has worked well enough that the Soho House empire has grown past the club houses to include everything from hotels, spas and events to a podcast series. As of this year, it’s entered the arena of coworking spaces, earning it comparisons to We, a company that has been talking up its own community and member-like aspect as it appears headed for a controversial initial public offering that could value it at around $20 billion. 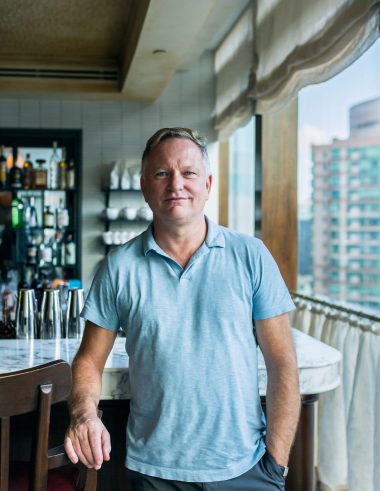 Soho House founder Nick Jones was readying for a night of karaoke, a synchronized swimmer’s performance and free-flowing drinks and food when he talked to WWD about how the company keeps growing, remains relevant, and what he considers to be his most memorable moments of building Soho House across the globe.

WWD: Congratulations on the new location. Can you tell us a bit about this particular house?

Nick Jones: First of all, I’m super proud to be opening in Hong Kong; we’ve been looking for 10 years. It’s been a long journey and a challenge to find the right length of lease. Hong Kong is famous for short leases. This one is more than 25 years, so we’re good.

We really love the area, a typical Soho House-type area — on the cusp of it changing, and central enough. It’s amazing to work with a skyscraper. In our eyes. It’s a skyscraper but for the people of Hong Kong and Shanghai, it’s probably nothing. The only other building we have similar to this is West Hollywood where we’re on the top floor. I’m nervous about opening in Hong Kong. It’s new to this region, it’s new to this culture.

WWD: You’re inviting your members to visit the house over the course of a few nights. Why do that instead of one big opening?

N.J.: A big party is almost never quite the way of doing it. It doesn’t give the flavor of what the house is. Instead of having one big party and have to take the furniture out, which we’ve just put in, you can come in and just enjoy the party. It will be like a normal night at the house. There will be entertainment but there will be normally as well.

WWD: At the moment, it’s a rocky period for the city with the protests going on for months. What’s your take on dealing with that uncertainty?

N.J.: We’ve lived with that in many other cities around the world. We were in Istanbul with all the [military coup] troubles, New York during 9/11. There’s been so many times in cities where it’s been unsettling. We’re just very excited to be in Hong Kong. 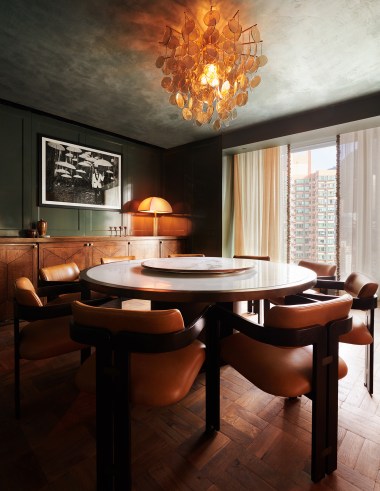 WWD: Can you share with us where else you are eyeing to open locations?

N.J.: We open next year in Rome, Tel Aviv, Paris and Austin, Tex. I think it will be super exciting. It will add more flavor to the community. We’d love to be in Shanghai — we’re looking hard — Tokyo and lots of other cities in Asia. We’re opening in Mexico. South America is a big potential for us to open. The other thing we’re opening is more farmhouses. We’re just about to do one in upstate New York.

We might [eventually] add a Little House, a beach house in Hong Kong. Mumbai as well. It takes such a long time to get from A to B because of the traffic, so I would say Mumbai would be great for another house — a Little House.

We’re lucky in the sense that it’s not Soho who? Most people, but not everyone, knows what it’s about and they want to be a part of it.

WWD: There were reports that Soho House was going to list publicly. Is that not on the table now?

N.J.: We just closed on our fund-raising. We didn’t go the public route. I think so, as much as you can say anything is. We’re not preparing at the moment. We’ll let WeWork go public.

WWD: What are your main revenue streams?

N.J.: It’s mainly through membership revenue and the spend of when people are here. We’ve got an element of private events. We’ve got Soho Studio, which is more for exhibitions and to do fashion shows and art shows, etc., but we’re not going to be big on events here. It’s all about membership. Our revenue comes from our members and through their membership subscription and what they spend while they’re in the club.

WWD: The coworking pillar, Soho Works, is a new one this year. What was behind that launch?

N.J.: Our members are using our clubs more and more as coworking space and they get frustrated when they come in and can’t find a space. And a lot of members who already use coworking spaces would much rather use Soho House. We’re not going into the coworking world to compete with others, we’re going into it because it’s an amenity for our members.

Ten years ago, I said I wanted to encourage our members to work in the houses. I didn’t realize there would be such an explosion of the entrepreneurial freelance world. We needed to rethink that and rethinking that is producing Soho Works, which is fundamentally Soho House for members to work in.

In some houses like Soho [London], we don’t have room for coworking within the house, but we’re opening a cluster of buildings around it. So long as Soho Works is within reasonable walking distance of the house. 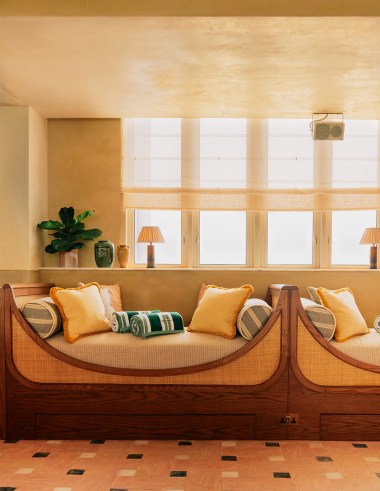 WWD: “Community” seems to be the branding buzzword of the moment. What do you make of the many companies, from WeWork to fashion brands to hotel operators, which all talk about creating community?

N.J.: Everyone is talking about it. I don’t think you can suddenly make a community out of a brand, you know? We have [a lot of] the same members 25 years ago, and now their children have joined. Our members stay members for a long time. Our retention is very, very high. I think we do have a proper community of people who really love us. To suddenly go, “We’re a brand, there’s a community.” It sounds good, but I don’t know if it would be a proper community.

WWD: So what is the secret sauce then?

If our members can, we want to try and we can fill every minute of their day. Even if they go home, they can buy furniture from Soho Home. It’s a way of life.

The other thing is, when single operators open a house, they often have to collaborate with other clubs to make it more global and they lose control over who has been allowed into that community. The fact that we’ve got more houses around the world is a huge advantage.

N.J.: I think they all get around to using it the same way but it takes a different amount of time. In Berlin, it started just as a place to eat. Now they work out there and come to members events, it’s full from morning until evening. 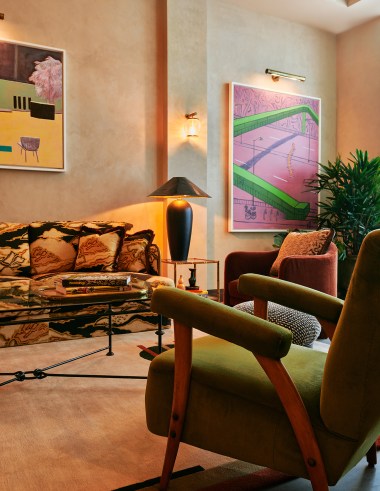 WWD: How long does it typically take to ramp up a location and at what point do you know if it’s working?

N.J.: I think you judge everything after a year.

WWD: You’ve never had to close a house?

N.J.: No, definitely not. Thankfully, they all do fine.

WWD: What have been the proudest moments overall for you?

N.J.: It’s always special when a member says their 18-year-old or 21-year-old kid wants to join. You need to keep relevant. It’s not about being cool because cool goes cold. Cool cools down. I want to be a warm jacket potato, or a warm bread roll. Everybody loves a warm bread roll, rather than a cold bread roll. It’s really proud for me when people say, “I want my kids to join.” We have a huge under-27 years old membership.

WWD: That’s quite different to the conception some people have that Soho House is about being cool and exclusive.

N.J.: I think inclusive. I think if people aren’t on the inside and know what’s going on, they might think that.

WWD: There were reports that Soho House had previously pushed out older members to keep the club young and relevant.

N.J.: We’ve never done that. Actually, we even have three generations [become members] in one family in London.