Running through Dec. 31, the retrospective celebrates the 30-year-long partnership between the fashion house and the French photographer and artist.

Estella Warren fronting the Chanel No.5 advertising campaign in 2000.

GOUDE SHOW: Despite his absence, Jean-Paul Goude had many ways to entertain guests attending the opening of his “In Goude We Trust!” exhibition in Milan on Thursday.

The colorful work of the French image-maker resonated in the rooms of the Palazzo Giureconsulti building — located a few steps from the city’s renowned Duomo cathedral — that will showcase the free-to-the-public exhibition through Dec. 31.

Hosted by Chanel and unveiled at the Chanel Nexus Hall in Tokyo last year, the retrospective celebrates the partnership between the fashion house and the artist, a creative marriage that has led to some of the standout fashion images and fragrance campaigns of the last 30 years.

In particular, the creative sparkle between the two parties lit up in 1989. On July 14 that year, Goude took over the Champs Élysées for what was to be a procession to mark the Bicentennial Parade of the French Revolution. The next day Jacques Helleu, then artistic director of perfume, beauty and jewelry at Chanel, invited him to design the campaign for the Maison’s “Égoïste” fragrance.

The efforts of that first work were displayed in the exhibition, where the concept developed for the advertising — an impactful lineup of women screaming from the balconies of a building — was shown in all its stages, from the initial sketches to the final images. 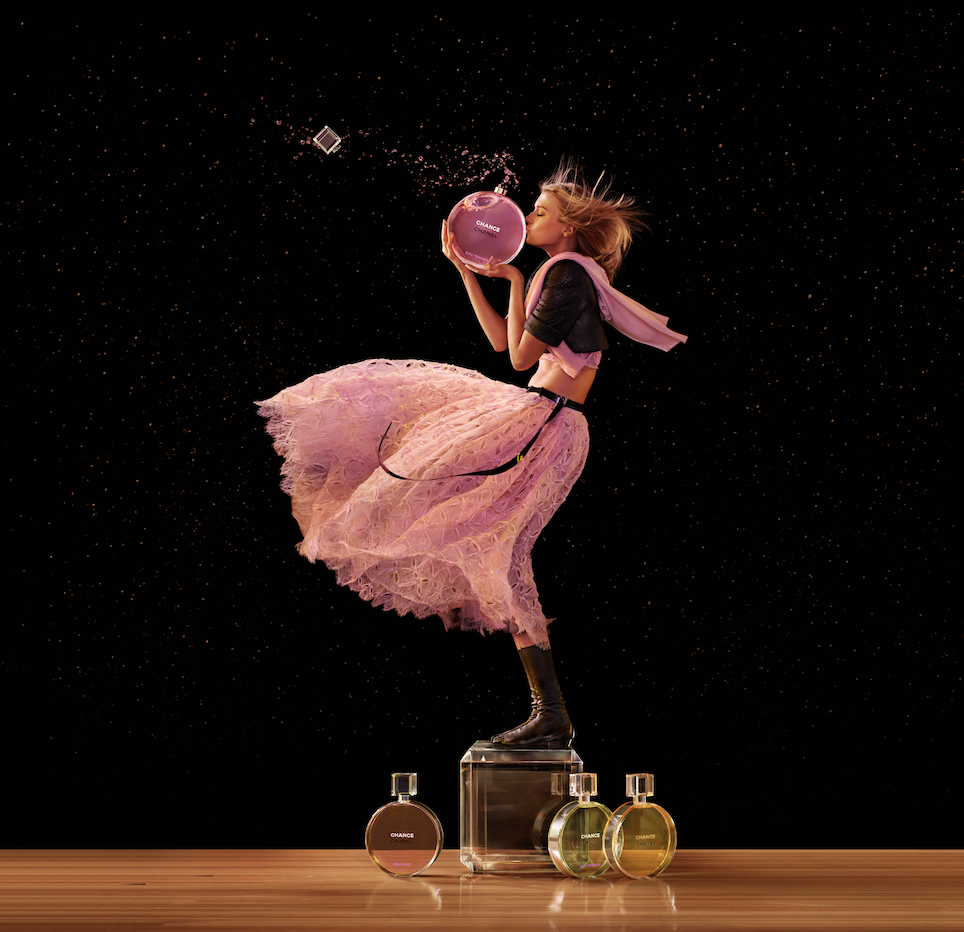 From Vanessa Paradis whistling in a golden cage in the 1992 advertising campaign for Chanel’s “Coco” perfume and Estella Warren fronting the Chanel No.5 videos to the cheeky girls bowling with the “Chance Eau Vive” scent bottles, highlights of Goude’s humorous work for the fashion house were lined up in a long dark hall of the Milanese location, which further enhanced the signature, popping colors the artist mixes in his images.

Among the guests remembering the old campaigns, discussing their preferences and seizing the opportunity to generate content for their Instagram accounts, a couple of bejeweled ladies in white gowns gracefully roamed up and down the long room. Their performance culminated at the end of the hallway, where each dancer sat in front of a mirror and sang an opera aria while her reflection was transformed with firing flames on the head and hands.

Dubbed “Fire Installation,” the performance replicated an extract of the 2001 show that marked the launch of the Chanel “The Five Elements” haute joaillerie collection. 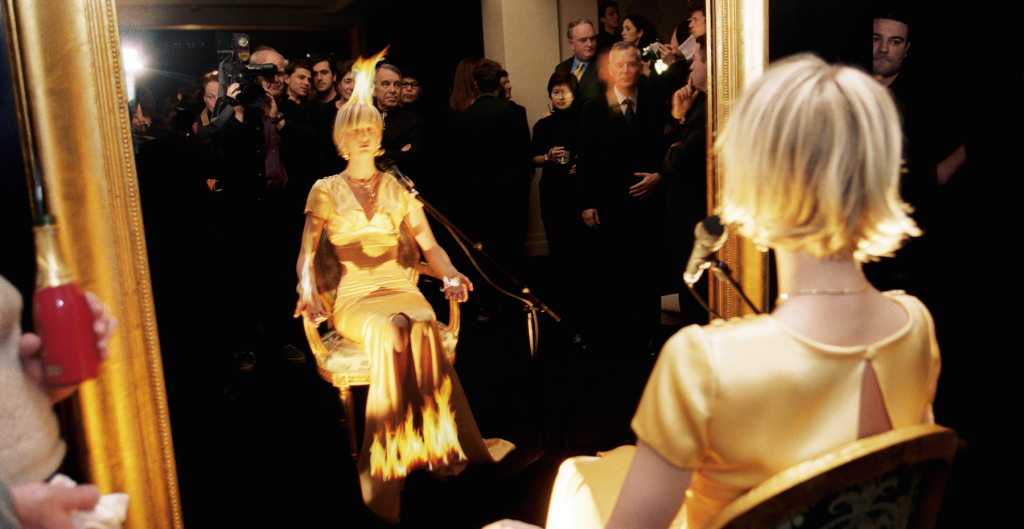 At the other end of the hall, a separate space featured “The genius of Coco Chanel,” an animated, holographic installation re-creating the delicate figure of the label’s founder while she fluctuates inside the Chanel No.5 fragrance bottle.

Conceived and curated by Goude himself, the exhibition featured a selection of artworks relevant for his personal and artistic journey, with a particular focus on the collaboration with Grace Jones. Spanning different media, emblematic works in this area not only included films, pictures and drawings, but also sculptures showcased at the Centre Pompidou in Paris in 2017. An installation named “Notre Dame de Saint-Mandé and the Little People” was also presented for the first time to the public.

A third section offered a mini-movie theater screening the 90-minute film “So Far, So Goude.” This retraced the beginnings of the artist and offered insight into his inspirations and work anecdotes, ranging from his childhood in France, the years as creative director, art editor and resident illustrator of “Esquire” magazine in New York, the relationship with Jones and Farida Khelfa to the meeting with Paradis, who was just 18 years old when Goude discovered and picked her for the “Coco” campaign. 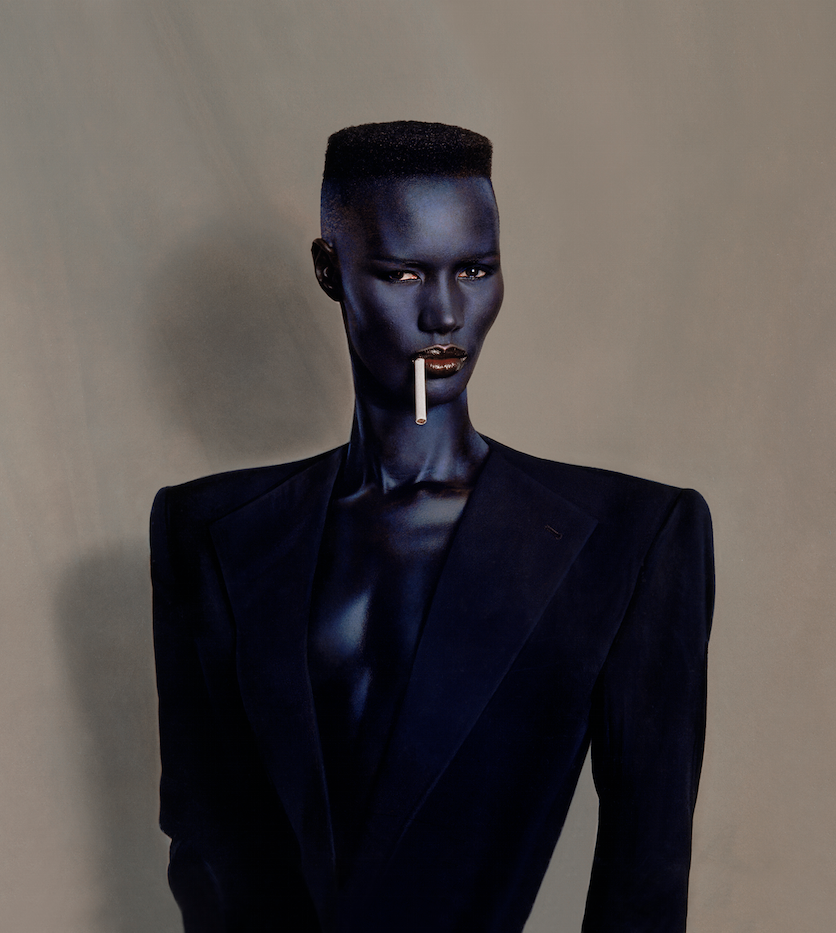 To coincide with the exhibition, Goude has launched a dance competition inspired by the “Chance” perfume saga, which will see dancers who have applied through the dedicated web site auditioning from Nov. 20 to 22 in Milan. The best talents will go on to the final rounds on Nov. 23, when four winners will be named and offered an exclusive dance-themed Chanel experience in Paris as well as the chance to be photographed by Goude himself.

To judge the competitors, the French artist will be joined by Los Angeles-based dancer and choreographer Ryan Heffington, who was nominated for a Grammy Award for the choreography of the music videos “We exist” by Arcade Fire and “Chandelier” by Sia.

This is not the first time Milan has hosted a retrospective dedicated of Goude’s work. In 2016, Tod’s sponsored the “So Far So Goude” exhibit at the city’s Padiglione d’Arte Contemporanea location.

In addition to Chanel, Goude has collaborated with luxury brands including Kenzo, Prada, Guerlain, Cacharel, Vionnet, Shiseido and Galleries Lafayette, for which he also conceived unconventional advertising campaigns.