One of Britain’s most famous stately homes will host the Gucci-sponsored showcase of family style over five centuries. 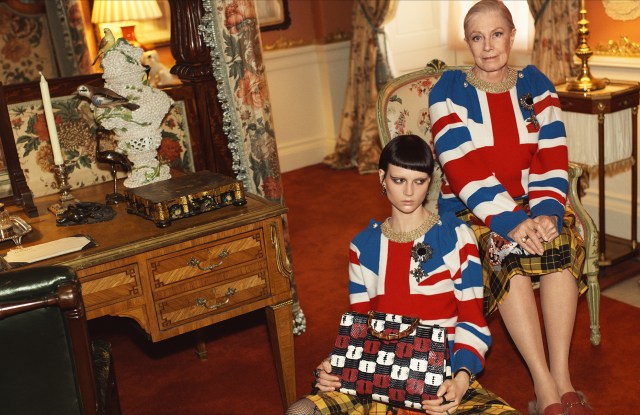 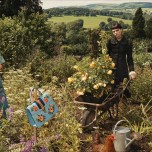 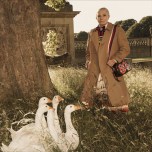 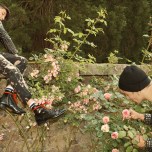 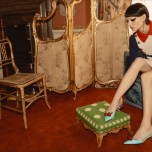 LONDON — After Dior’s big cruise show at Blenheim Palace earlier this year, fashion’s spotlight will be thrust onto another of Britain’s most famous stately homes, Chatsworth, which is to host a major exhibition about the Devonshire family.

Sponsored by Gucci, “House Style: Five Centuries of Fashion at Chatsworth,” is slated to open in March and billed as the largest show ever to be staged at the family’s Derbyshire estate. Six years in the making, it will showcase clothing from the past 500 years, letters, photographs, examples of textiles and design as well as the family’s famous collection of bug and insect jewelry.

“We wanted to make a full picture, a consummate fashion exhibition that properly explored the story through the generations,” said Laura Burlington, who’s been working on the show alongside Bowles, Kinmonth and Monfreda. Burlington, the wife of William Burlington, heir to the Duke of Devonshire, said it was important to contextualize the clothing and accessories, with ephemera, invitations and letters, such as the ones that flew back and forth between the duke and duchess and their guests before the 1897 ball.

“The duke and duchess were discussing [the ball] with their friends and everyone was freaking out because no one could get any clothes made in time. We wanted it to be a really full picture. And that obviously takes a considerable amount of research. It’s a big process, much bigger than I realized when I embarked on this,” said Burlington, a former model and fashion editor, in an interview.

She added there were many discoveries along the way, including a 1953 Dior ballgown; Tennant’s wedding dress, which she thought she’d lost when she moved back home from New York, and original Thea Porter designs found in an old dressing-up box.

Among the female stars of the show are the 16th century Bess of Hardwick; the fashion lover and big personality Georgiana, Duchess of Devonshire, and Adele Astaire, the sister and dance partner of Fred Astaire.

Deborah Devonshire, mother of the current duke and Tennant’s grandmother, and Kathleen “Kick” Kennedy, who died before she could become duchess, are also a big part of the show.

Organized around themes and spread through Chatsworth, the showcase is to take in rooms such as the Painted Hall; the Chapel, and the State Music Room. “I think it’s a very aesthetic show. It will play on the fabric and the colors of the house,” Burlington said.

Gucci’s creative director Alessandro Michele, who used Chatsworth for the cruise 2017 ad campaign, which stars Vanessa Redgrave, said the house is “unlike anywhere else in the world. It is a piece of England, of Europe, and the contemporary world — all at the same time. You can see history everywhere, yet everything is alive.”

As reported, Gucci has pledged to support cultural activities at Chatsworth House as part of a three-year partnership. Other show sponsors include C W Sellors Fine Jewellery, which is working on reproducing some of the heirloom jewelry for the gift shop; Investec; Sotheby’s, which auctioned items belonging to the late Deborah, Duchess of Devonshire, last year; and Wedgwood.

Rizzoli is to publish “House Style: Five Centuries of Fashion at Chatsworth,” with a foreword by the Duke of Devonshire.

The exhibition is to run from March 25 to Oct. 22, 2017, and Burlington said she hopes it will travel abroad after that. “I’d love it to go to America maybe — that would be wonderful. We’ve worked long on this, and I think it’s an exciting show for us. It’s one that’s taken the most in terms of support and time to develop.”