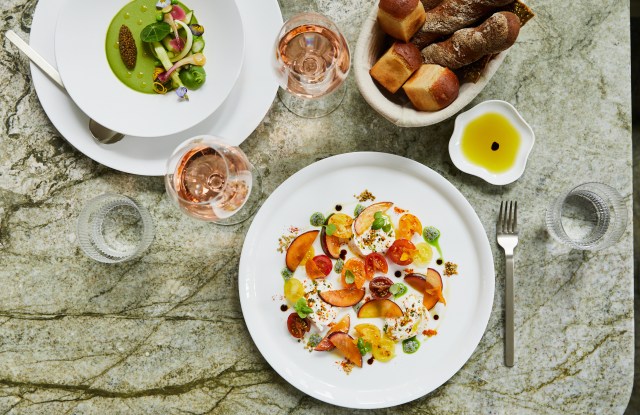 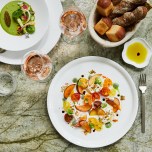 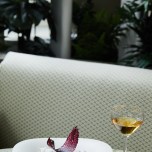 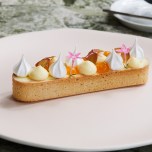 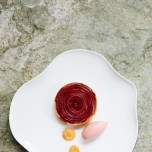 Chef Alain Verzeroli is opening his first restaurant in New York, but he’s not just opening one restaurant — he’s opening two. The first, Le Jardinier, is now open on the ground floor of Aby Rosen’s new Norman Foster-designed luxury condo, located on the same block as the Seagram building in Midtown.

His move to New York follows an 18-year stint in Japan, most recently as director of culinary operations for the Michelin-starred Château Restaurant Joël Robuchon in Tokyo. While inspired by the vibrant energy of the city, Verzeroli aimed to create a peaceful oasis with Le Jardinier, where the menu’s focus is on plants.

“As soon as you enter the space everything calms down,” says Verzeroli a few days before opening from the plant-accented dining room, which was designed by Joseph Dirand. (The project marks his first New York restaurant as well.) “You have a lot of energy outside, but once you’re here it’s more silent. It’s really a space where you can relax,” he adds. “I think it’s nice to finally be able to escape from the city for a while.”

The modernist room is outfitted with rounded green marble surfaces and plush green pillows, and set back from the floor-to-ceiling street-level windows by white vertical bars encasing banquettes on the perimeter of the room. Even the tabletop configuration is tactile, with studded glassware and off-white plates. “It’s a place you really want to touch everything,” Verzeroli says of Dirand’s choice of materials. “It feels real.” 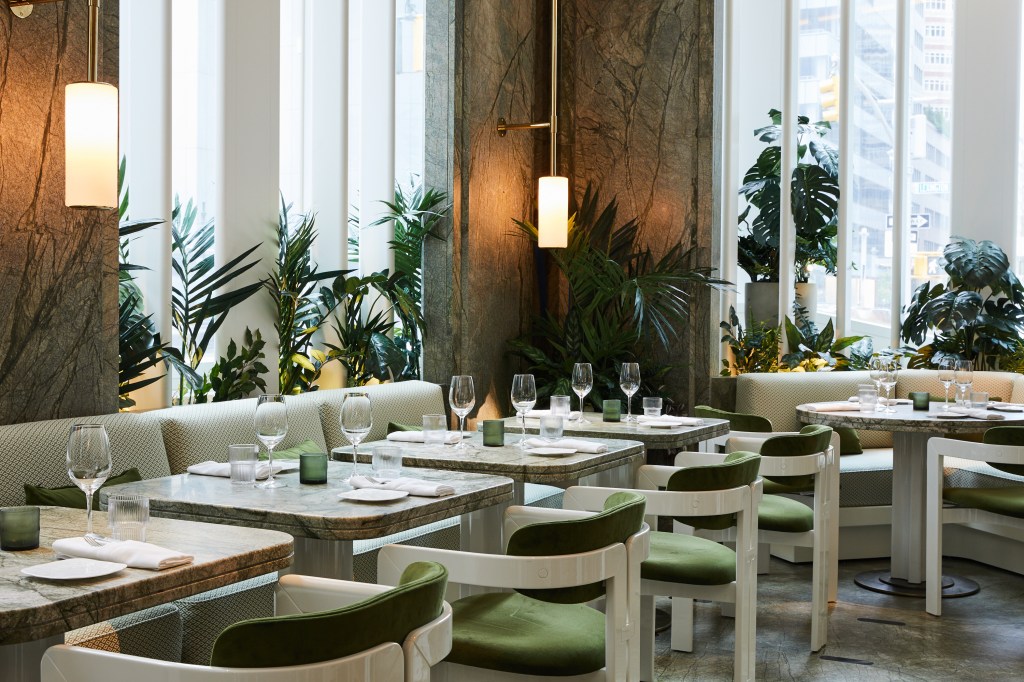 Inside the dining room at Le Jardinier.  Nicole Franzen

“I wanted something that looks natural but at the same time with style,” he says. “My background’s more in fine dining, so I wanted to escape a little bit from the standard of the aesthetic of fine dining to go with something more natural,” he adds. “So the most important [thing] is the ingredients, the taste, the attention to detail, but at the same time you have to be less stiff, more natural.”

That quality resonates throughout the vegetable-driven menu. Verzeroli’s technique is classic French, but his extensive years cooking in Japan shine through in his focus on refinement.

“I wanted to go back to simplicity, something fresh,” he says of his approach to the cuisine. “I love vegetables myself, so as a chef you always cook what you like to eat.” The menu is divided into starters, main and dessert, and while plants take center stage, Le Jardinier is not a vegetarian-only restaurant. “We’re not at all a vegetarian restaurant, but I wanted to put back the vegetable in the center of the plate and build around it,” he says. Fluke crudo is paired with Persian cucumber and crispy black rice, razor clams are embedded in chilled pea veloute, and Montauk bass is served with fennel and tomato confit and chicken with ramps.

While labeling a menu seasonal has become all but cliche, Verzeroli sees his cuisine as micro-seasonal, reflective of the shifting availability of ingredients over the course of a season and as weather shifts. For example ramps, always indicative of early spring.

“There are much more seasons than four seasons,” he says. “We have the cherry right now, but maybe next year it will be one month later, or maybe two weeks before. So we have to follow the natural flow,” he adds. “I think there is different timings for the season, I think it’s always in evolution.”

Right now, green and white asparagus are on the menu, and he’s integrated the first cherries of the season into a burrata with stone fruit and heirloom tomatoes. He notes that on his last trip to the farmer’s market, he saw the first crops of corn arriving, so that will likely appear in an upcoming dish.

The vegetable-forward approach extends to the dessert offerings; out of seven options, five are gluten free, and all of the ice cream is vegan, made with coconut, oat or rice milk. “But still very delicious, believe me,” Verzeroli says.

Shortly after opening Le Jardinier, Verzeroli will open Shun one floor above. The menu at the slightly more elevated Shun will also be based in French techniques, but with more Japanese influences on display.

He uses the different bread service for each restaurant as a metaphor for the different approaches: Le Jardinier will serve gluten-free bread with olive oil; at Shun, it will be regular bread and butter.

“A part of me is kind of obsessed with vegetables, the second part is more refinement, Asian, Japanese,” he says. “I’m dividing myself right now.” 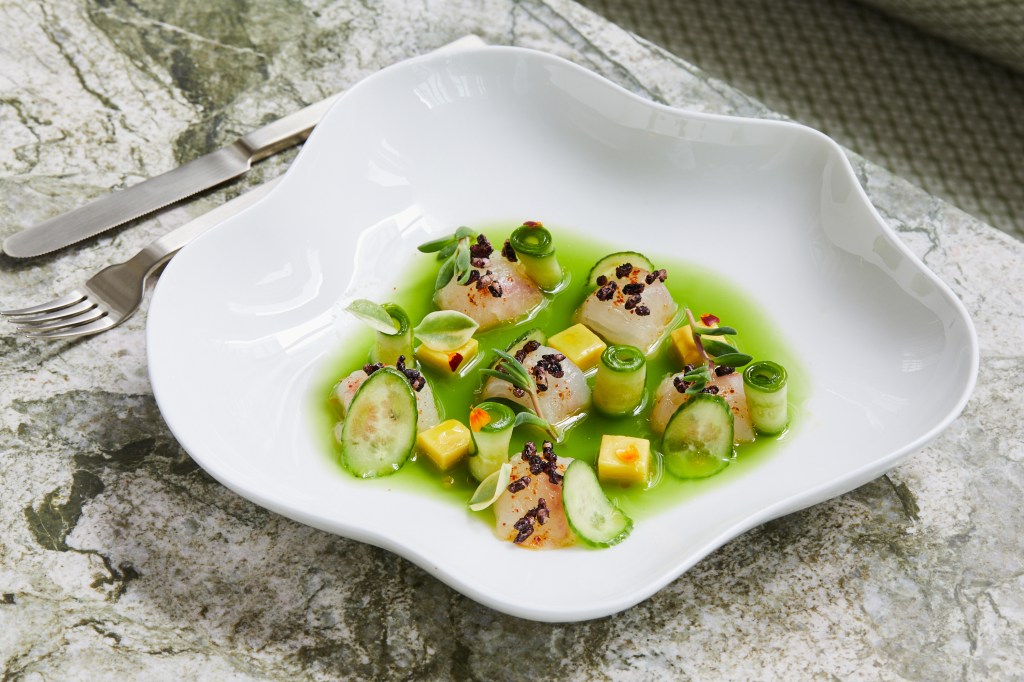