The Michelin-starred chef has also secured a partnership with Amazon.

ONLINE DELICACIES: “We want to reach the potential clients out there who might not be able to come to Milan and discover our dining experience,” said Michelin-starred chef Carlo Cracco on Monday as he unveiled his latest culinary effort: a brand new e-commerce offering.

The chef and TV personality renowned for his modern reinterpretation of classic Italian dishes such as the saffron risotto, grilled bone marrow and cocoa-crusted turbot is venturing into the online retail business by offering a dedicated web site where Italian customers can purchase sweets, local products, recipe books and pans.

Debuting in time for Valentine’s Day the e-shop offers, for example, a selection of heart-shaped pastries, pralines and the signature “Baci di Cracco” biscuits that are served daily at the chef’s Cracco in Galleria three-story venue unveiled in 2018 inside the Galleria Vittorio Emanuele II luxury shopping arcade. The location features a restaurant, a customizable venue for private events and special occasions and a wine cellar, in addition to the café on the first level.

“We put so much effort into the online store, in order to deliver a great service and offer exclusive and unique products, yet accessible,” Cracco said. In addition to Cracco-branded sweets, the site offers a range of teas produced by Dammann Frères; tomato sauce from the Campania region; Sicilian capers, olive and oil; jars of hazelnut cream from Genoa, as well as a range of products developed in-house including a white bitter spirit marking the first of a series of “Distillati Cracco”-branded spirits. They retail at between 7 euros and 39 euros. 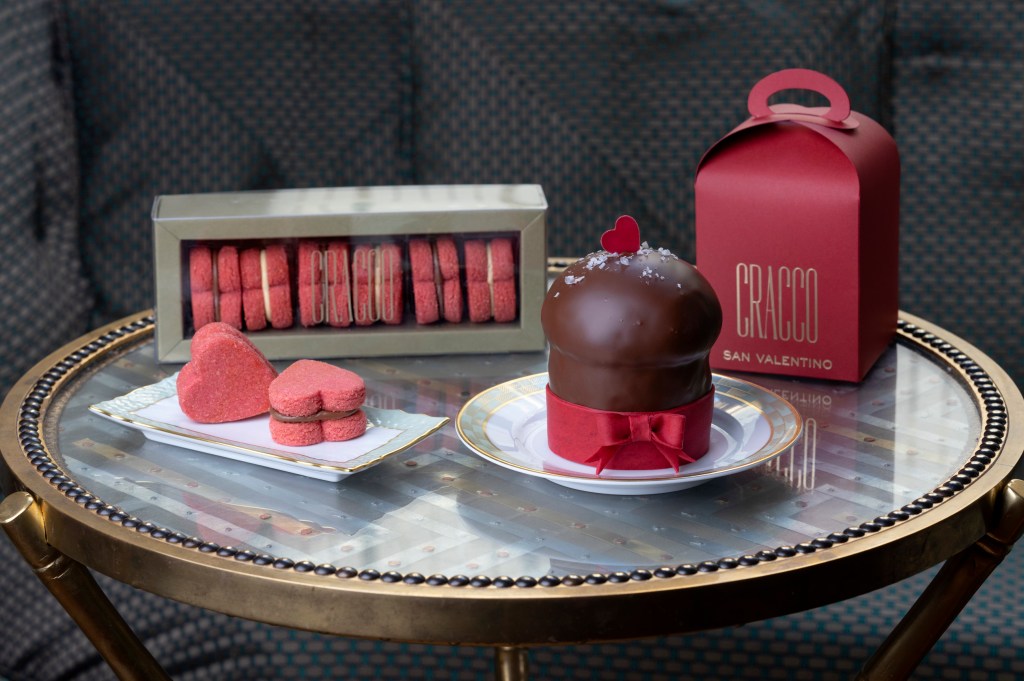 Cracco explained that quality is integral to his approach to the business. “When you try to preserve the quality, margins are low, but we’re not interested in making big volumes,” he said.

In order to further promote the initiative Cracco has partnered with Amazon, which will host the chef’s e-shop for six months as part of its Amazon Campus Challenge, an initiative aimed at facilitating the online debut of companies selling artisanal products.

In addition to culinary products, Cracco’s e-commerce site will also sell exclusive experiences. Tickets for a social table dinner for customers under 35 already sold out on the web site.

“The online business can offer plenty of opportunities, we already have lots of ideas, although we need to carefully assess the feasibility,”  Cracco underscored.

The e-commerce site was developed in partnership with Diana Corp., an Italy-based tech developer which counts fashion labels such as N.21, Sergio Rossi, Parajumpers and Chiara Ferragni Collection among its clients.

In 2019, Cracco left his post as business partner at Lapo Elkann’s Garage Italia, which he had joined in 2017 to manage the bar located inside the headquarters of Elkann’s company on Milan’s Piazzale Accursio.