Chef Suzanne Cupps Strikes Out on Her Own at 232 Bleecker

The former Gramercy Tavern and Untitled chef has collaborated with Dig Food Group for a whole new beginning.

Inside 232 Bleecker during their friends and family soft opening.

Just before fall, chef Suzanne Cupps had a freakout. She’d reached a crossroads in her career, having spent the past four-and-a-half years at The Whitney Museum’s restaurant Untitled, first as chef de cuisine, then as executive chef (prior to Untitled, she worked at Gramercy Tavern with her mentor, chef Michael Anthony). Cupps had gone through a few iterations of Untitled, and loved it very much — loved the food the kitchen made, loved her team and loved being in a big space. The chef didn’t want to leave the momentum she’d built inside the museum restaurant, but she knew it was time to go.

She flipped through New York City’s bulging Rolodex of great restaurants in her mind, wondering where she could go next, coming up blank. Headhunters suggested checking out San Francisco and Washington, D.C., but Cupps had only ever worked in New York — all the farmers from whom she sourced her produce, all the cooks she worked next to on the line, were in the city. While the internal and external searches continued, Cupps thought more about what she envisioned from her next gig: it had to be vegetable-forward, fresh food, since that’s how she usually eats herself. She loved the idea of a large, open kitchen. 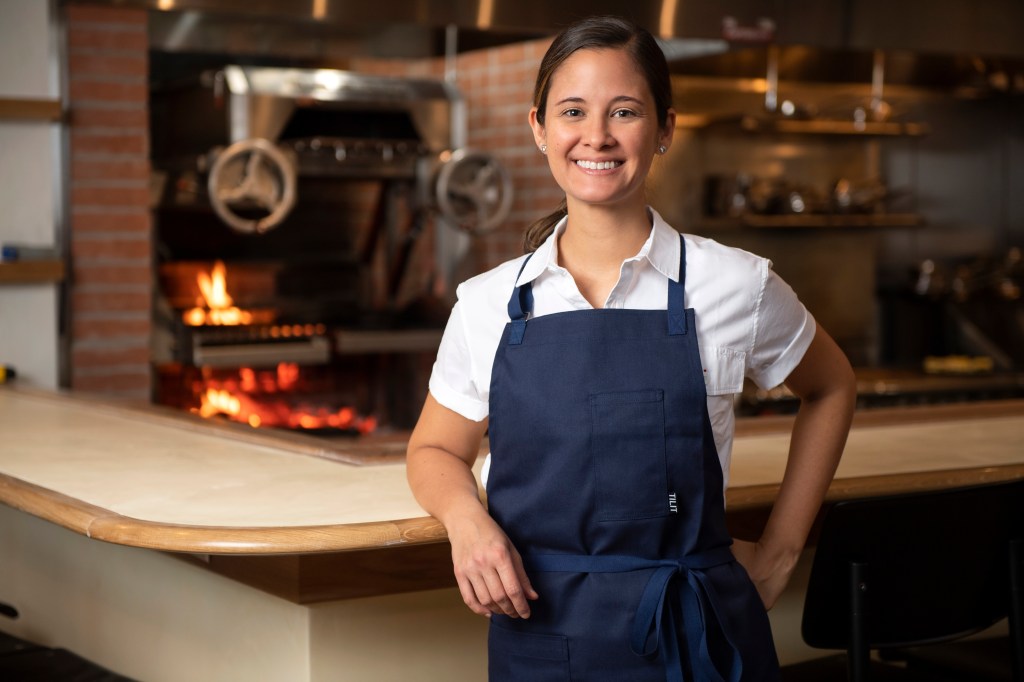 Then she heard about what Dig Food Group was doing. The company responsible for providing midlevel corporate workers bowls of kale Caesar salad, chicken and grains at fast-casual concept Dig Inn was opening its first sit-down restaurant, named 232 Bleecker, which opens today. A few months ago, founder Adam Eskin and culinary director Matt Weingarten reached out to Cupps and asked her to come check it out, and Cupps says she immediately felt positive vibes surrounding the project and the people involved.

“I sat down with Adam and liked his energy, his demeanor,” Cupps says, perched at a counter inside 232 Bleecker while a team of chefs, managers and front-of-house staff ready the place for its unveiling. “When he started talking about food and business and restaurants, I responded well to his excitement. What he wanted to do was create an awesome restaurant — of course, all the other things need to follow, like financial stability — but the goal in mind was to make something that fits into an iconic location and follows the mission statement of their company having to do with vegetables and feeding people well.” 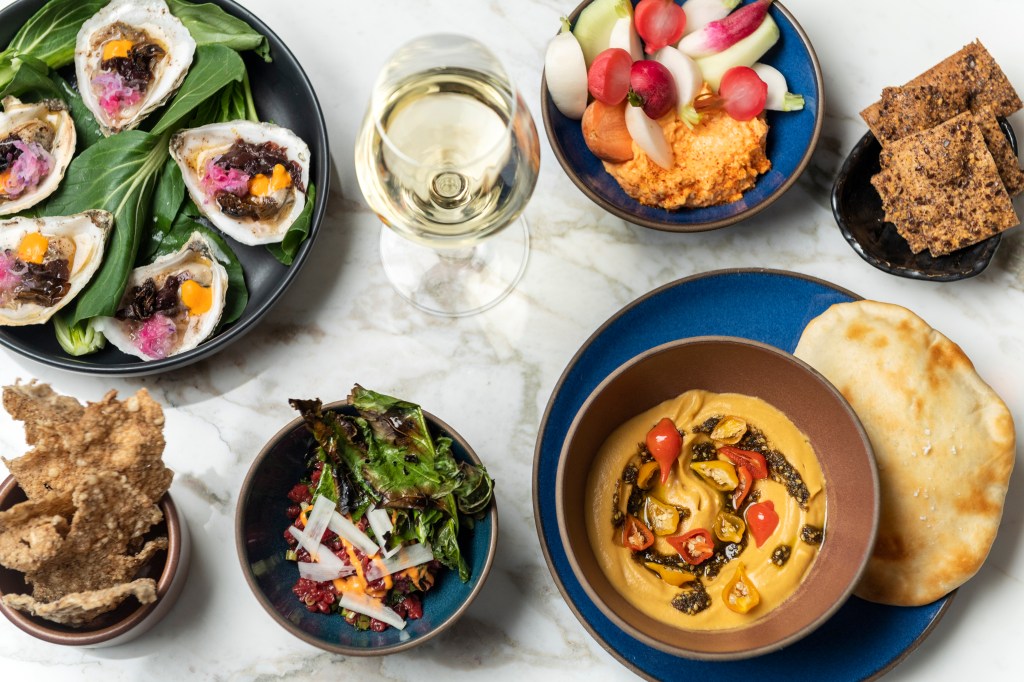 “A full-service restaurant is something that has been in development for a good, long time,” adds Dig Food Group’s chief brand adviser Dana Cowin, who said she came to know Cupps while she was at Gramercy Tavern. Cowin started making pilgrimages to the Whitney just to have Cupps’ food at Untitled — the museum was an afterthought. “We wanted an extraordinary chef who had a vegetable-forward style of cooking, and we read in Eater that Suzanne was leaving Untitled. This was just a gift from the universe.” 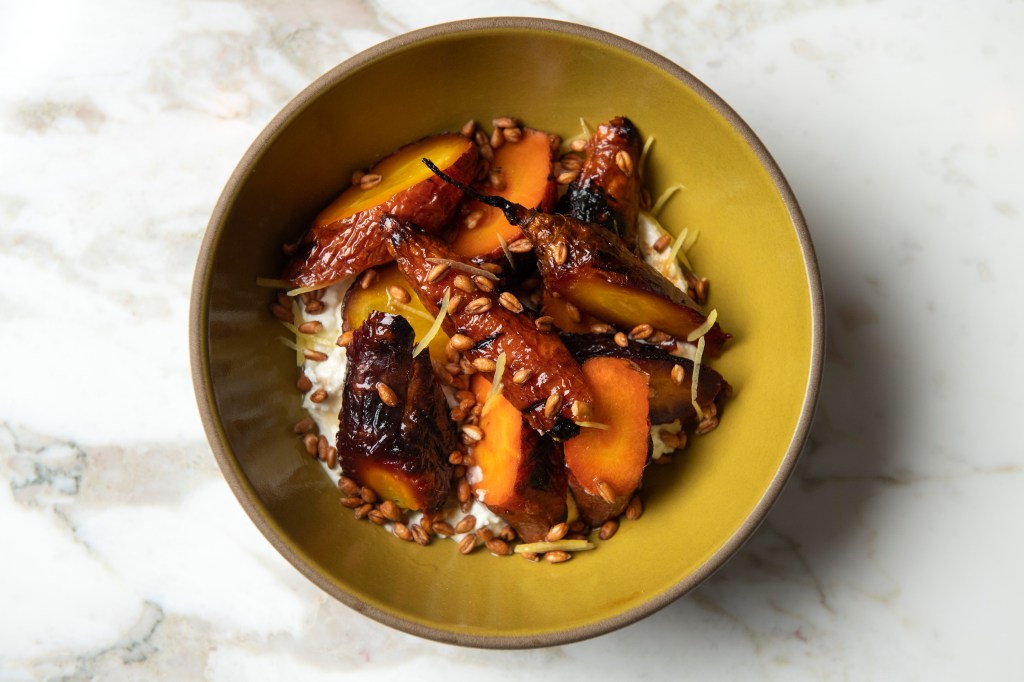 Two weeks or so after Cupps met Eskin and had a tasting, she’d signed on to helm the restaurant.

“At Untitled, when we came in, the space was already finished because it was part of the museum,” Cupps explains. “Here, we’re moving tables if things don’t work, changing the way things look. What fits, and if it doesn’t, what’s better?” 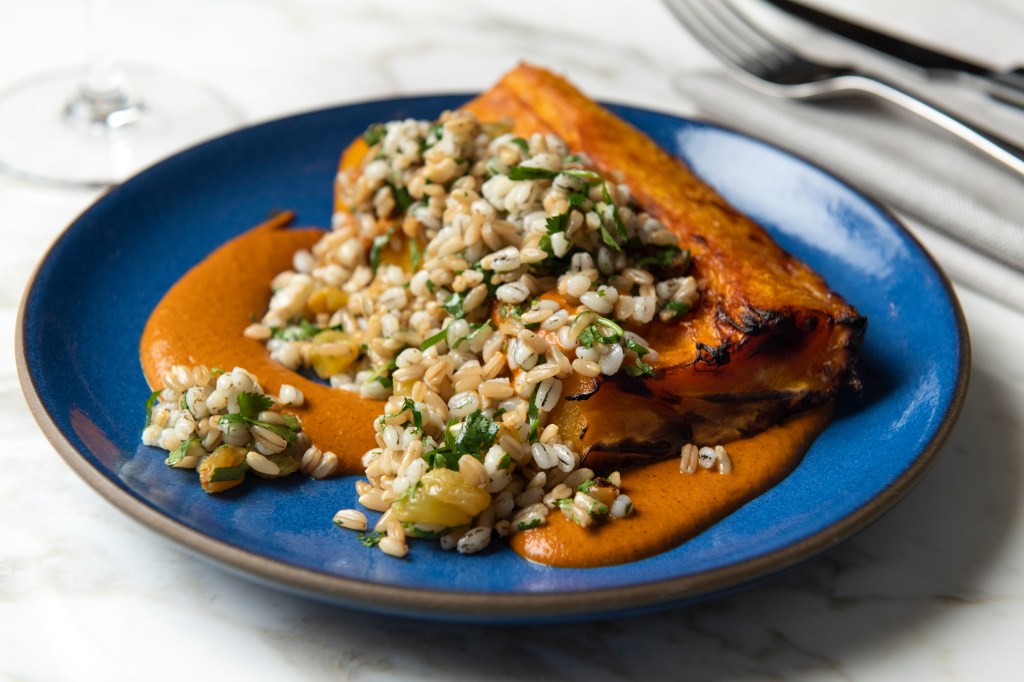 The central focus at the restaurant, which is located at the corner of Carmine and Bleecker Streets, is vegetables fired over a hearth grill right in the middle of the room — where menu items like roasted cauliflower, carrots and banana squash will cook. There are ember-smoked oysters, Montauk monkfish and other goods sourced from Cupps’ contacts at the Union Square Greenmarket, just 10 minutes north, as well as Dig Food Group’s own Dig Acres Farm. There will also be house-made pasta (a ricotta cavatelli with mushroom ragu, and a Jasper Hill cheese lasagna that’s baked in the oven are among the menu items) and fresh pastries, also baked in-house. 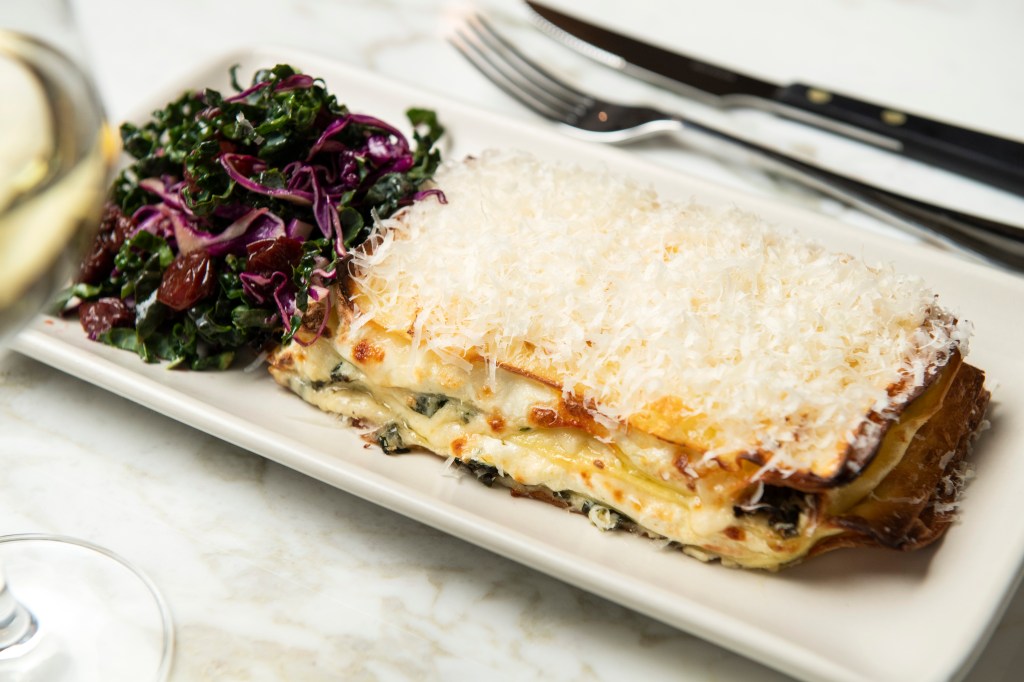 Cupps will take all the lessons she’s learned from her previous gigs into her new beginning as executive chef, calling all the shots at 232 Bleecker — from the menu to the plateware. But the most important takeaway she’ll employ at the restaurant, she says, is to run a great team with solid management, so they will stay around for a long time and remain engaged with the food and the work.

“You can create dishes, you can buy great food, you can have a vision, but if you don’t have the people beside you who can execute, who can help you along the way, it falls flat,” she says. “That mentorship, that working side-by-side every day is the thing that I learned the most about at Untitled. If you don’t foster those relationships, if you don’t check in, if you don’t really think about how people are receiving feedback or getting to use their own voice in the kitchen, you see people leave often.

“You have to really just love what you’re doing.”

What Do People Want From Hospitality and Nightlife Today?