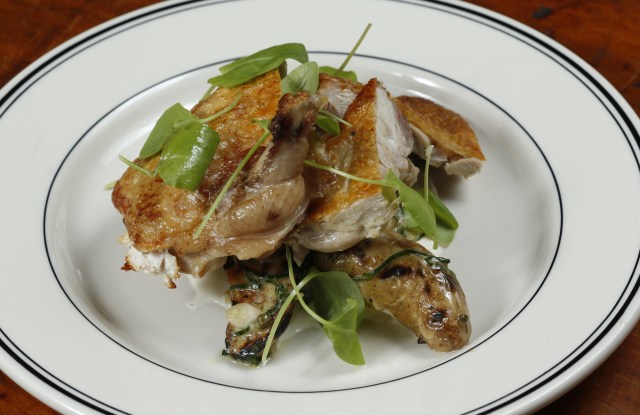 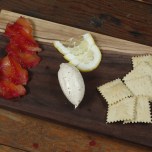 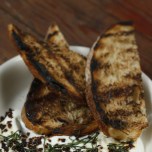 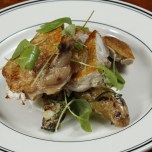 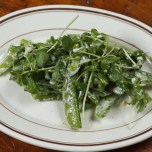 Greenpoint, Williamsburg’s less-hip northern neighbor in Brooklyn, N.Y., is an area in transition. Despite being swarmed by just-graduated New York University-hipsters, the area’s Polish vestiges are still very much felt.

“We tried to keep that vibe a little bit and run with that narrative,” Vincent Mazeau explains. He’s one of of the three guys behind Cherry Point, a new bistro occupying a former Polish butchery. “We’re not landing here injecting ourselves and trying to be some destination dining phenomenon. We want to integrate ourselves into the neighborhood as much as we can.”

The restaurant marks a transition in Mazeau’s own career arc — he formerly worked as a fashion set designer and art director for brands such as Calvin Klein and Alexander McQueen before veering into the restaurant business. “Anytime I was asked, ‘If you weren’t doing art direction what else would you do?’ I was like, I’d be a cook or run a restaurant or something. Yeah, another life, I’d do that,” he said. Mazeau became a self-described “extreme home cook” before finally making the leap to go to culinary school.

“It just feels like an extension of everything else I did,” Mazeau explained of his professional second wind. “I ran a company, loved collaborating with people, worked crazy hours — everything in the fashion world feels like life or death, the deadlines are real. It’s that same energy here.”

Mazeau met Julian Calcott, Cherry Point’s chef, while staging in the kitchen of former TriBeCa restaurant Corton. The pair became friends, testing recipes together in their time off and hosting supper clubs. Calcott moved on to become executive sous chef at Spotted Pig, and a few years ago the pair began throwing around the idea of opening their own restaurant. They linked up with Garrett Smith, another industry veteran, and began looking for a space in Greenpoint. They eventually landed on Manhattan Avenue a block away from the Nassau subway stop along the G Train line.

“We were super inspired [by the fact] that this had been a Polish meat market for about 40 years,” Mazeau explained, noting that they didn’t force an association between the restaurant’s culinary direction and the neighborhood’s heritage. While there may not be any pierogis on the menu, they are casting a meticulous focus on the culinary craft and process, with emphasis on efficient ingredient usage and a nose-to-tail approach to meat.

“A lot of it is coming from my experience throughout the years,” Calcott explained of the menu. The young chef spent time in his early 20s working in Europe — Spain, the south of France, London. “There’s this sort of Mediterranean-English thing going on. It’s the food that I like to eat. I think we’re all superinterested in the concept of honest, hearty food that’s simple and robust.” Most of the dish accompaniments are homemade as well, including saltines, sauerkraut and fermented chilies.

Mazeau tapped into a similar homey vibe when designing the dining room along with Garrett. The intimate space makes use of woodsy detailing, much of it salvaged, including the bar made from antique chestnut.

The team is hoping that cozy atmosphere will help cement Cherry Point’s status as a neighborhood staple. “It used to be I’d imagine these people on the other side of the magazine page,” Mazeau recalled while talking about his past work. “And now I finally feel like I’m meeting those people and hanging out with them.”