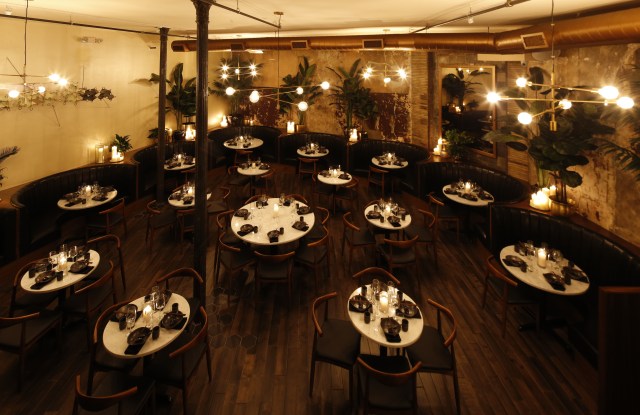 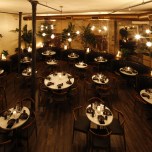 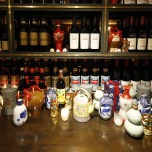 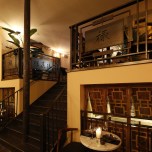 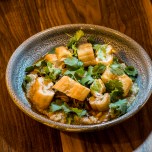 “Doyers Street: it’s unlike any other street in the city.”

The mere possibility of a restaurant space on the brief, narrow Doyers Street in Chinatown was enough to bring Eddy Buckingham and Jeff Lam to the spot with urgency, several years ago. What they discovered — a small, mall-like collection of businesses — was just the latest variation of the 150 year-old building. Some years — and renovation — later, Buckingham and Lam have debuted Chinese Tuxedo, a contemporary Chinese restaurant helmed by head chef Paul Donnelly, now open.

“There are some exceptional venues, but the general standard [for Chinese food] here in New York is not exceptional,” Buckingham says. “It hasn’t stayed in step with some of the other cities in the world. We think Chinatown is the most vibrant, dynamic, interesting, wonderful neighborhood in the city. And there hasn’t been a dining room like this traditionally.”

Buckingham — a personal mixologist to one Justin Timberlake and a bar owner himself — partnered with general contractor Lam around five years ago, after Buckingham hired Lam for a project. A mutual interest in Chinatown connected them and the concept for a restaurant was born.

“Growing up Australian, East Asian cuisine is a very big part of our food culture, because we’re geographically proximate to Asia. It’s the food that I grew up on,” Buckingham says. “Jeff was quite struck that somebody from outside Chinatown was really interested in the food and trying some more adventurous things and whatnot, when for me it was really my comfort food.”

The space is noteworthy for two reasons: the main dining room was originally the first Chinatown opera house — hence the scale of the vast, tall-ceilinged room — while downstairs was “the gang headquarters of the Hip Sing Tong,”  a combination that translates to “a really interesting space,” Buckingham says.

When Buckingham and Lam first came to look at the space — having been taunted by the prospect of a Doyers Street location — it was broken up into a miniature mall, with a series of small suites: an acupuncturist, a travel agent, an accountant. The ultimate reveal of just how much space was there was their “best-case scenario,” Buckingham says. “The building is 150 years old, and is draped in history.”

The menu, according to Buckingham, toes the line between a “weird and broad appeal,” to both delight the adventurous eater and comfort the loyalist of Chinese traditional cuisine. Such options include a bold husband and wife salad, a traditional textural salad done with pig’s ear and jellyfish. “That’s not for everybody — I go to a restaurant and I see that on the menu, I go, ‘I’ve got to try that,’” Buckingham says. “But some people aren’t into that sort of thing.” Those diners might opt for their fragrant roast duck salad, “which is beautiful, and is not as aggressively spiced.”

All noodles are made in-house, a standout of which is an egg noodle dish topped with kombu butter – made with salted seaweed – and finished with a topping of pork floss.

“I feel our best dishes have real traditional grounding, but they’re pretty exciting at the same time,” Buckingham says. “It’s not fusion — it’s all Chinese principles, all Chinese food, but New York diners might not have seen Chinese food like this before.”