Inside the six-block zone of Seattle nearly one week in of being police-free.

An entrance to CHOP, the Capitol Hill Occupied Protest," in Seattle.

Over the weekend, photos run by Fox News of anarchy in the roughly six-block area of Seattle’s Capitol Hill neighborhood now known as CHOP, which has been police-free since mid last week, were revealed to be doctored images, falsely projecting an image of violence and aggression. President Trump has labeled those demonstrating in the zone as “domestic terrorists,” while some have likened the scene to Burning Man or Coachella, saying it had become overrun with white hippies looking to drink La Croix in the sun.

The scene in CHOP (the zone was originally known as CHAZ, or Capitol Hill Autonomous Zone, but was changed to CHOP, Capitol Hill Organized Protest, over the weekend by the Black Lives Matter organizers involved) is far from violent anarchy (though gun-toting citizens were reported in the initial days, no displayed weapons were visible come Monday), nor is it a music festival with a slight civil rights bent. Jaiden Grayson, one of the organizers who has emerged as a leader on-site, made sure the crowd was focused on the mission of CHOP and none of the noise.

While the weekend drew larger crowds with much tourist-like curiosity that led to coverage likening it to a street fair, things were much more down-to-business come Monday. The messaging was on peaceful protesting versus the violence shown by police. 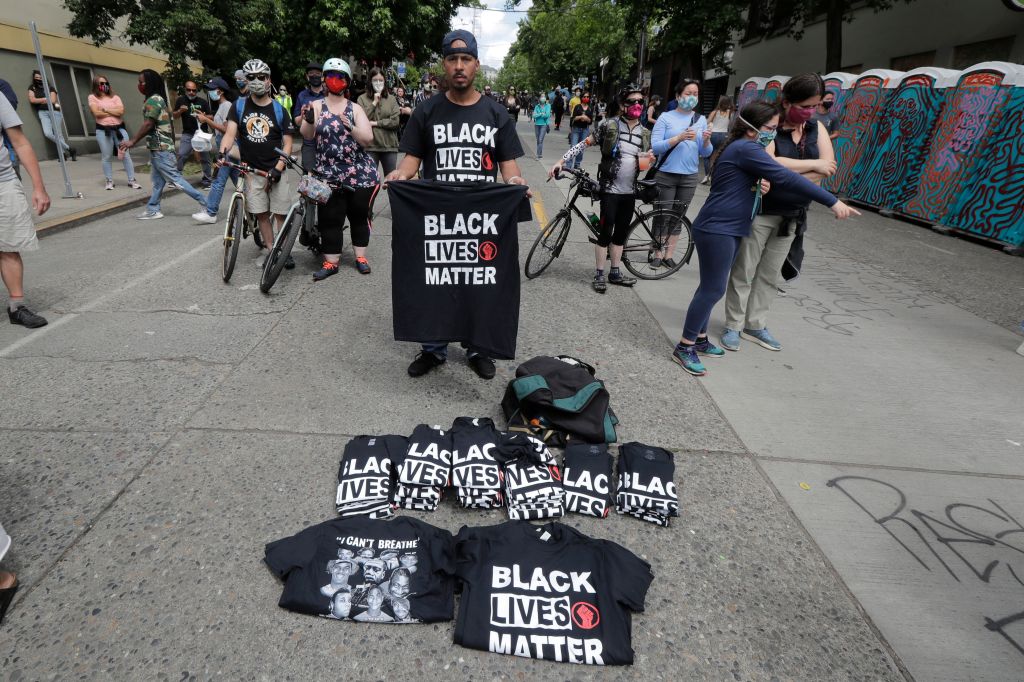 “You cannot come in here and assault,” a speaker told the crowd. “Talk to me like a human being! You’re human, I’m human!”

He then turned his attention to the fellow protesters, encouraging momentum.

“I’m happy with what we got here — so let’s not lose this. Please, let’s stay on point.”

The Seattle fire department chief Harold Scoggins was spotted in the crowd; he has reportedly been on-site nearly every day since CHOP began.

The sign outside the SPD precinct has been painted over to read “Seattle People Department East Precinct.” Nearby, a large tarp hangs that reads “this space is now property of the Seattle people.” Large signage across the few blocks tells protesters “the world is watching,” “this is just the beginning” and “remember who we’re fighting for.”

Tents were pitched mostly on the grass area of Cal Anderson park, but there were some on the sidewalks and streets, too, in front of now heavily graffitied storefronts and walls. Porta Potties were aplenty, most adorned with graffiti art, and people picked up trash off the sidewalks. Grass has been dug up and gardening beds laid down, with several people tending to them. There are phone charging tents, neighboring tents for clothing donations and personal hygiene supplies.

At an intersection there were tents with food and water, as well as a white board with sign-up slots for various tasks. Participants were instructed on trash pickup and a request was put out for volunteers for shifts to make sure things were operated 24 hours a day. There was talk of creating barricades of their own, separate from the fire department’s, as well as cries for the need of the city to start meeting demands. There was talk also of lifting the perception put out by the media of violence. 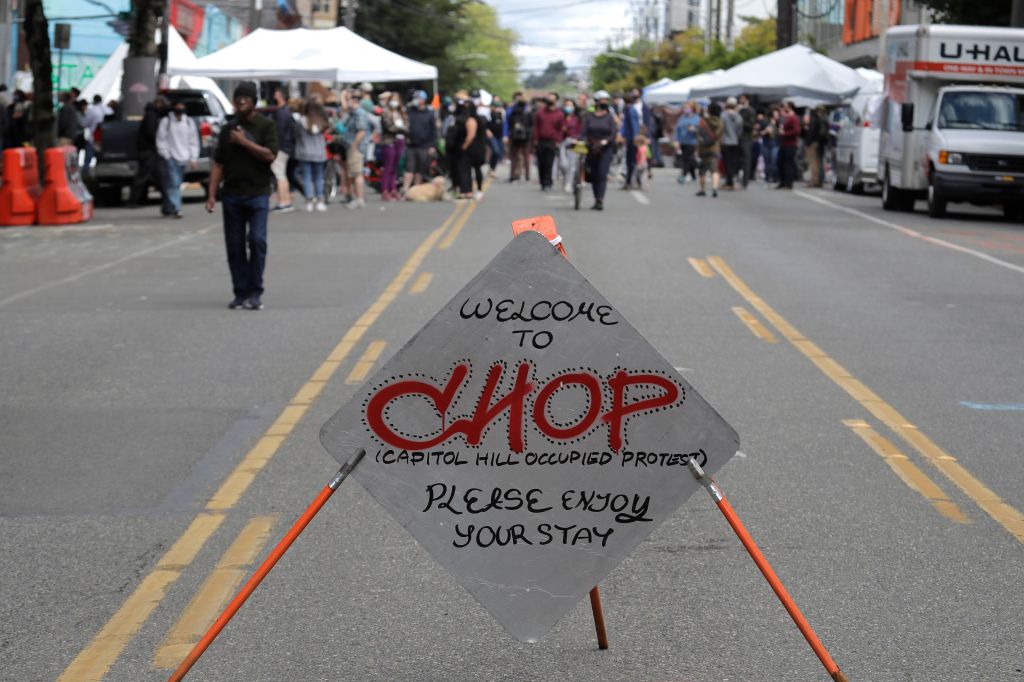