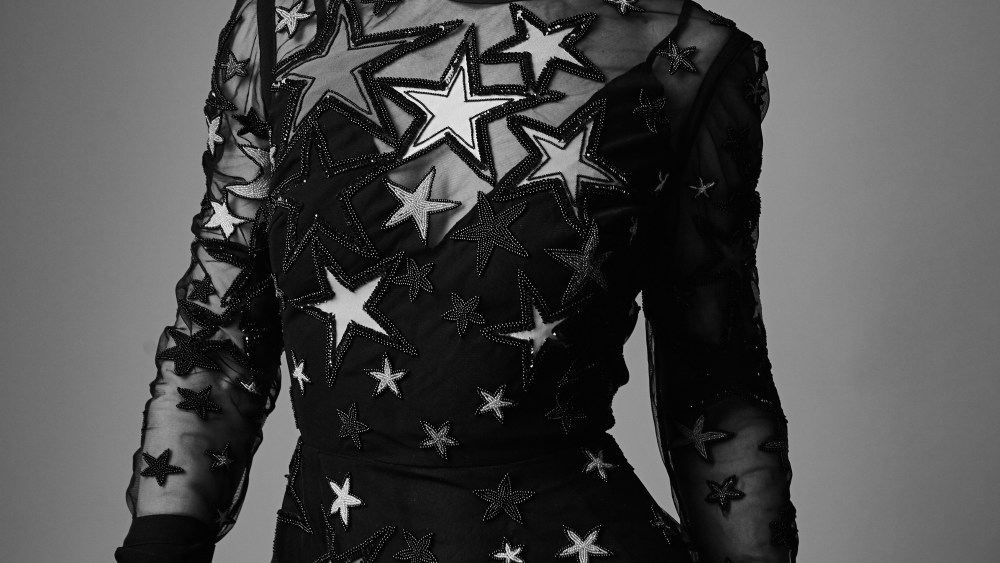 Who is Zelda Fitzgerald?

“All I kind of knew about her was that common misconception: she’s that crazy alcoholic woman who ruined F. Scott Fitzgerald’s life,” begins Christina Ricci, dressed casually in jeans and a sweater post-fashion shoot, her hair still blonde from her latest television role. It’s a shade she grew fond of while filming and intends to stick with. “And for me, I just don’t enjoy when people are dismissed in that way. When I read this book, it was so far from the truth, and the truth is so much more interesting than that anyways.”

Ricci is the star of Amazon’s newest drama “Z: The Beginning of Everything,” which is based on Therese Anne Fowler’s 2013 novel “Z: A Novel of Zelda Fitzgerald.” After discovering the book, a captivated Ricci called her manager to find out if anyone had already optioned the rights — she was interested in auditioning to portray the literary icon’s wife and muse. The option was still up for grabs, and Ricci developed the project, taking on the titular role as well as executive producer. It’s her second time taking on a dual star-executive producer role for a television show, which has allowed her greater say and influence over the creative process.

The series is structured from Zelda’s point of view, and begins in her Alabama hometown prior to her meeting Fitzgerald, then stationed in the army, at a local dance. “It was important that we really understand that it’s her memory,” explains Ricci, hyper-present despite a full schedule of promotional duties while discussing the show’s premise from the leather couch inside a midtown photo studio. “It’s not us saying this is how it was — this was her memory of it, this is Zelda’s version.”

They intentionally aimed to stay away from following Jazz Age conventions (“What’s the point of doing another Gatsby-esque thing? We’ve seen it before, I’m personally so bored by it,” says Ricci), but it’s still very much a period piece.

Spunky and railing against the “Southern belle” framework of the era, Zelda at the same time was herself an aspiring creative, and the series also makes a point of showing that side of her — in the first episode she’s shown on her bed writing in her journal after returning from a night out. Fitzgerald often drew from her journal writing in his own work, but Zelda never achieved the same acclaim as her husband, nor recognition.

“I think it’s time to look at how as women we perpetuate misogyny, and what part we play in where we find ourselves today,” Ricci explains of the show’s modern-day resonance. “I think she’s a great example of someone to look at, because she very much in the beginning felt like she could get where she wanted to go through traditional ways — which was her beauty, marrying a man, becoming a muse. But then she set herself up to only be that for Scott,” she continues. “She really set up her own demise in a way.”

With Fitzgerald held in such high esteem among the American literary greats, looking at the couple’s life from Zelda’s point of view is likely to challenge and stir up emotions among his superfans. The depiction isn’t all rosy of the scene-y couple, who were infamous for their drunken antics on the New York social scene.

“People are very precious about him, which is one of the reasons why her story hasn’t necessarily been told, because in order to tell it you have to paint him as a little more human than I think people like,” Ricci explains. “But that is a problem, and I’ve seen it too sometimes when people write about the show — you can tell that what they’re actually reacting to is, they’re Scott Fitzgerald fans.”

The show followed a factual framework as closely as possible to preemptively quell issues of reinvention. “I think that one of the dangers in telling this story is that age-old danger of feminism, of seeming like we’re bashing Scott, like it’s all his fault,” Ricci explains. “That’s not the point of this; it’s just to be fair.”

Where does the continued fascination with the couple, and the troubled Zelda, stem from?

“I think we’re catching up to her way of thinking, so we can understand her behavior and her character more now than generations past,” Ricci says. “The way she thinks and her mind-set seems so much more like a modern woman than back then. She expected everything to work out; she expected to be able to do whatever she wanted to do.”