Feast for the Eye: Ciano Cucina Opens in New York

The East 78th Street restaurant is a new incarnation of Stratis Morfogen and Unik Ernest’s last venture Ciano, which closed in April. 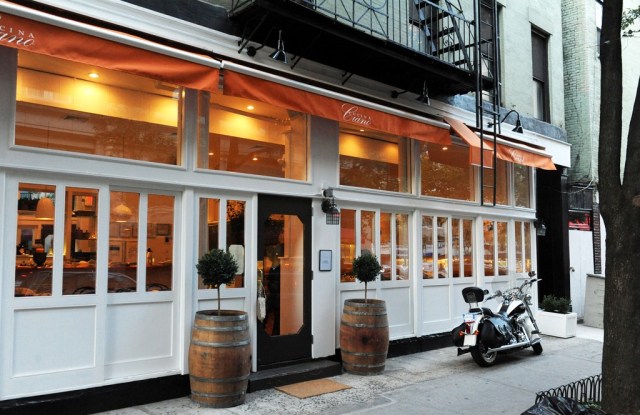 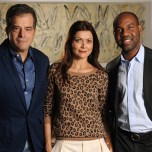 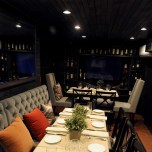 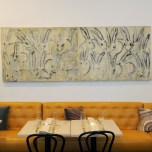 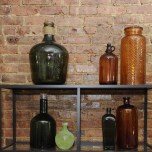 Filipa Fino is an exacting woman. Virtually anyone who has worked under her and undoubtedly been the recipient of her gorgonizing glare can attest to it with near certitude.

Her detail-oriented nature is on full display less than a week before Cucina Ciano — the new Manhattan restaurant her husband, Stratis Morfogen, along with partner Unik Ernest opened on Monday — is due to open its doors. Fino designed the interiors. The restaurant is as they all are in the days prior to opening night: almost there but still ironing out the kinks. It proves an apt foil for an admitted perfectionist. She flies around the room fidgeting with things.

“Every time I come here, I’m like annoyed because everything’s been moved from what I said,” she says, shifting a pair of tumblers a few millimeters before plopping down on a corner banquette. She looks predictably chic in a leopard print Balenciaga knit and wide-legged, Tom-Ford-era Gucci pants.

“Those should be in threes,” she says, directing a man behind the bar who has no idea what she’s talking about. “The candles. They should be lined up across in threes. The eye will go there if it’s that way rather than if they’re in the corner.

“Sorry,” she says, a knowing smile on her face. “That was just driving me crazy.”

Although Fino decorated the space, she wants to make it clear: this is not her job. “I’m an accessories editor, not a professional interior designer although interiors is something I’ve always personally loved. It’s really about these guys,” she says of Morfogen and Ernest, who are flanking her in the booth. “I just made it pretty.”

The restaurant sits on a leafy stretch of 78th Street on the East Side. Inside, guests are greeted by a 20-foot mahogany bar fashioned from recycled wood from an old barn upstate. Glowing sconces hang over diners. Stacks of rare books line the stairwell. By the front, an assortment of glass bottles in varying shades of green and blue stand on a nearby iron-wrought vitrine.

“I got these all on eBay,” she says proudly. “And I keep bidding. Boxes keep coming in. They’re all vintage. I find that my approach to interiors tends to be piece by piece. Each piece is special.”

The space feels airy with windows stretching the entire storefront overlooking the street. In the course of an hour, eight rubberneckers are spotted peering in and perusing the menu out front. “Every day, someone sticks in their head and asks, ‘When are you guys opening?’” chef Tin Huynh says. “So I think the neighborhood is pretty excited.”

The spot is a new incarnation of Morfogen and Ernest’s last venture Ciano, which closed in April. “What happened with the other Ciano at 22nd Street was it was the perfect storm of things,” Morfogen says. “It was Hurricane Sandy, which was like the first boom. And then with the demolition clause…” he fades out.

“I mean, we had to do it because Stratis wanted to be up here because he lives up here,” Ernest cracks. “It’s so he can walk home from work.”

Unlike Ciano, known as a special event space where the waitstaff wore jackets and ties, the pair is angling Cucina Ciano as a bit more approachable. “One key change was to remove tablecloths,” Morfogen says. “It screamed stuffy to me and it’s not appropriate for a place like this. People want to know that they can come in without a jacket. In the summer, come in with shorts. And get a great plate of food.”

The menu retains the seasonal, farm-to-table ethos of the previous iteration and is rustic Italian in flavor profile. “The menu has been updated and changed. We’re still making fresh pasta. I have a pasta maker that comes in at night,” says Huynh, who was a sous chef at the previous Ciano. “The menu is ingredient-driven, based on what’s in season and what is tasting the best right now.”

Current standouts including a creamy swell of burrata, drizzled in balsamic and served with toasted crostini; among the selection of pastas are squiggling ribbons of pappardelle in a pork ragù with caramelized onions, morcilla and pine nuts. There also is a red wine-glazed beef short rib paired with a celery root puree, hen of wood mushroom and strewn with pomegranate seeds.

“And of course, Stratis wanted to have more salads because he lives up in the Upper East Side, this is his neighborhood,” Huynh says. “He knows that’s what the ladies up here want.”